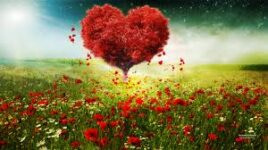 Not sure how to describe this.  A few remarks about the heart, physical and metaphysical.  I hope no one’s offended … but friends wouldn’t be upset …. and it’s all true anyway.  Three very short stories:

1.  Saudi Arabia: In the mid 1980s, my last few years in Saudi Arabia, my girlfriend – let’s call her Grace – was an expert in coronary care including pre- and post-operative treatment.  She worked in another company and therefore lived in another compound.  Naturally we wanted to spend time together as well as to enjoy the social activities in our two compounds.  I think I mentioned in an earlier blog that expatriate compounds had Saudi guards on the gates.  In general I found them friendly, though we all knew that they had to do their job in upholding the law and “morality”.

Under Saudi law at that time, and until very recently, only men could drive.  Any woman in the car had to be a close relative: the driver’s mother, sister, daughter or wife.  I suppose a grandmother would be OK too.  For many of us that was rather awkward.  All I can say is that I wasn’t the only one to drive  into a compound, waving cheerily to the guards, with a female in the boot.

2. London.  Other than recently I think I’ve had quite a healthy life: nothing broken, no high blood pressure, no cholesterol problems, no arthritis, no muscular difficulties, no lung issues, no statins, and, believe it or not, no headaches.  I’ve never had a headache in my life, even after – how can I put it? –  many many instances of overindulgence.

As far as the physical heart goes, only once do I remember a rapid heartbeat, and it was very rapid.  It was 1975 and I was standing on a platform in Central London en route to the Tropical Diseases Hospital – my second visit, when they later told me I’d contracted leptospirosis from a desert dog in Libya (blog 26 April).  I was 28 years old, fit and healthy from desert life but for a short time that day very seriously worried: extremely hot and and with a seemingly out-of-control heartbeat.  It was the only time in my life when I wondered if I might not survive.  No panic, but extremely anxious to get to the hospital to find out what it was.  Thankfully it passed quite quickly once they’d diagnosed it and treated it.  Not to be forgotten though.

3. Oxford: Grace and I left Saudi Arabia around the same time, in 1987.  We both lived in London until she moved to the John Radcliffe Hospital in Oxford.  One day she phoned: would I like to come over to Oxford for a day to meet her girlfriends, the nurses in her team, and as a bit of fun get my heart checked by them?  Of course, said I, presuming it would just be a stethoscope  job.  It wasn’t.

We met in the hospital.  In humorous mood, with a little giggling, they told me to take off my shirt and lie down on the bed.Placing gel and electrodes over the Peace torso, they flipped a switch, there was some humming from a machine, and a long thin roll started to emerge, a read-out, black with white markings.  That was more than I had expected, but it was nothing really unusual – until they looked at it, then looked at each other, then went rather quiet, and then asked me to wait while they showed it to another specialist.  What came next remains a question for me, even today.

They came back and Grace told me that I had an extremely rare condition.  It was in the medical literature so they knew such things existed but no one in her team, including her, had ever met anyone with it.  She assured me that my heart was strong, functioning normally, with everything connected and with no sign of any health problem; but it was sitting there inside me at 90 degrees from the norm.  They called it a ‘horizontal heart’.

Were they joking?, I asked. They said no.  I asked Grace a number of times later, and she said the same.  I still have the printout, 4ft / 122cm long, now black and brown, and part-pictured in this blog. Could it be true?  I still have no idea.

It was inevitable though: my dear girlfriend had to tell her girlfriends that she wasn’t so surprised: she always knew that David’s heart was in the wrong place.