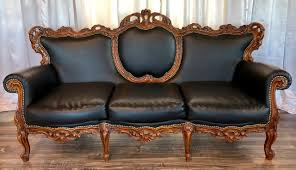 Somehow we each lodge in our memory our own individual details of an event. In the last few days friends have been reminding me of things I could have added to some of the events I’ve been describing, details that they remembered but which I’d forgotten; and quite possibly I’ve remembered some aspects which they’d forgotten.  It’s one reason why it’s so interesting to talk to old pals about the increasingly dim and distant past.  Every now and then though, something happens that is so unusual, so unpredictable, that it remains graphic in every detail.  This is one such that happened to me, in Libya in late 1974.

My three weeks of leave had come to an end so I’d flown back to Tripoli.  As normal I had a bed for the night in the company’s rather spartan apartment, and early the next day I was to go to the oil companies’ aerodrome for the flight back into the desert.  It was a weekend, and Tripoli was even quieter and more boring than normal.  Trying to fill a bit of time, in the afternoon I took a book, bought the latest 3-day-old western newspaper and a bottle of fake Pepsi (both standard items) and ambled to an old hotel on the corniche built by the Italians under Mussolini. It was a classic example of ‘faded grandeur’ – once-ornate corridors and public spaces, faux rococo furnishings, dusty, much marble, mostly empty, and echoing.  All I needed was somewhere quiet to sit and read

In one of the long wide corridors was a grimy, over-sized, 3- or 4-seater, mock-baroque sofa.  No one around, plenty of space, just what I wanted – so I settled there.  Every now and then there would be the sound of feet on the marble, and someone would walk along, a member of staff or one of the few guests, but I wasn’t interested and rarely looked up.  One thing was absolutely guaranteed: it was going to be a boring and uneventful couple of hours.

So, uninterested in anything else, I continued reading as someone’s footsteps echoed along the marble corridor; but then the sound stopped and I realised that the owner of the footsteps was sitting on my sofa a couple of feet (no pun intended) away from me.  Looking up, I recognised him.

Now this is exactly how it was: although life was boring it was also, in a different way, extremely varied to this young David.  In many ways I had become  accustomed to accepting bizarre new and unusual events as ‘just another happening’.  Is ‘phlegmatic’ the word?  Anyway I remember being somewhat surprised, but not particularly shocked or flustered, to find myself sitting next to Mohammed Ali, heavyweight champion of the world.

What on earth was this?!  I’ve never been a great fan of boxing but who hadn’t heard of Cassius Clay, now Mohammed Ali, and the Rumble in the Jungle in Zaire just a few weeks earlier?  Although not so fazed I was, understandably I think, a little tongue-tied.  It was his decision to stop and sit with me however, and he was clearly friendly, and he took the lead by introducing himself – as if I needed that – and asking me politely about myself and why I was there.  I explained, and I asked him the same question – why he was there anyway; no need to ask who he was!  He said he was touring some Muslim countries to promote Islam in his own way; he was in Tripoli and bored; he’d managed to evade his ‘minders’ and had left his hotel room to stroll around and ‘get some space’.  So there it was: he’d seen a youngish westerner sitting alone in a corridor and, intrigued, had wondered who he was. He just wanted a chat.

So we chatted for about 20 minutes, a little about him, a little about me, his interest in whether a company nationalised by Gaddhafi might have a different (Muslim) culture – answer no, because it was too early to say –  and a few other very general things, nothing at all deep. My memory is very clear: he was absolutely charming, polite, easy-going, relaxed, not at all self-important.  A pleasure to talk to.

Then we heard the sound of feet. He knew what it was. Two men were running along the corridor, almost Hollywood characters in suits, ties and ‘shades’ (sunglasses).  His minders.  They stopped, relieved to have found him.  Mohammed  – it was ‘Mohammed’ by then, and I was ‘Dave’ – apologised to me, saying we’d have to end our conversation.  He suggested that we meet again that evening and asked what room number I was in. I explained that I wasn’t staying in the hotel.  Too bad, he said, and then something about people not being allowed into the hotel that evening.  Then, “OK Dave, why don’t you come back in about half an hour”.  So I agreed, we shook hands, and I wandered off.

Returning later, I found him in the hotel’s large entrance hall, his back to a marble wall, facing a semi-circle of dozens of Libyan men and women, a camera crew, a lighting umbrella, and an interviewer with microphone.  It was difficult to make out exactly what was happening because no one seemed to be speaking.  Then I saw that in front of the adults, closer to the champ, were children, some standing and some sitting cross-legged on the floor.  Mohammed Ali was making wide-eyed faces at them – as only he could – while doing conjuring tricks!  Children and adults were mesmerised, and rightly so: here in their midst, in a country increasingly isolated from the west, was a westerner, the heavyweight champion of the world, a fellow Muslim, charming them and making them laugh.  Who would have thought it?!  Certainly not me.

He noticed me and waved.  I waved back.  And that was it.

Early the next morning I was flown with others into the desert, to Nafoora, the company’s larger camp.  Then Bruno swept me up into the Pilatus and zoomed us over to little Beyda, my camp. That evening over dinner with the oil men, and then sitting with them under the stars with glasses of something ‘refreshing’, did I have a story to tell?  You bet.