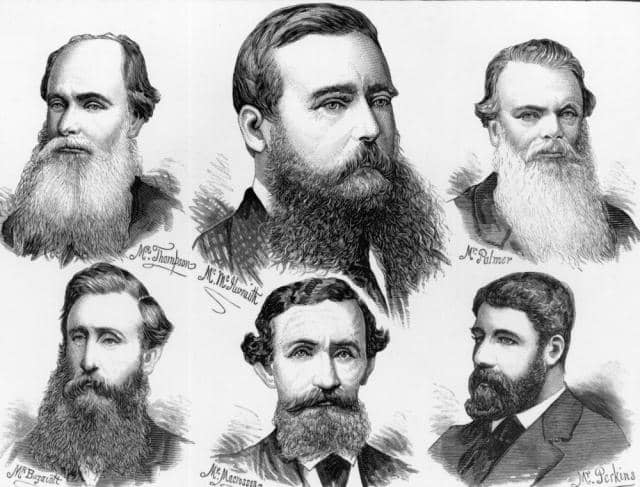 Well that was a surprise!

Four days ago I wrote about the difficulty of living with an increasingly paralysed left arm and hand. To demonstrate, there were a few mildly humorous suggestions.  One was that men who wet shave might like to try it single-handed.  What then happened?   Blog Comments and emails rolled in, suggesting I grow a beard!

Been there before.  About five years ago, following a chat in a pub and a challenge from a lady friend, Yours Truly decided to try it.  DP was having a busy life in London and elsewhere, so many colleagues would notice the change.  As the whiskers grew he accepted the encouragement but also noted some curious glances, the reluctance to comment, the unspoken view that ‘the jury’s out’.   In fact the responses were mixed: some liked it, others said, “Ah, how interesting. Well well. Didn’t think it would look like that”.  I knew what they meant.

Enough said.  I didn’t like it so off it came, not before being captured for posterity though.  A couple of pics follow.  They’re the better ones but no compliments, please – you really wouldn’t want to see the others.  Snigger, chortle, howl, as you like.