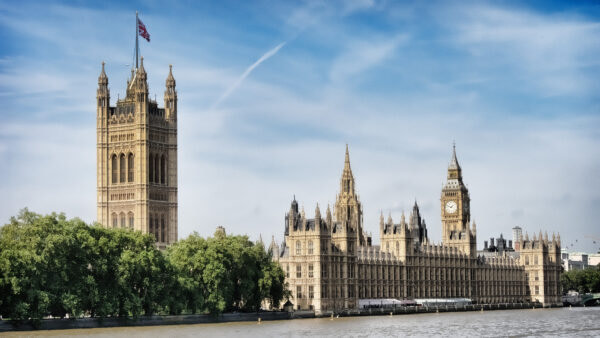 The general theme a couple of days ago was about reporting lines, communication, trust, protocols, and the need for clarity; and I mentioned the flurry over the Prime Minister’s Chief Advisor, who has been severely criticised for some actions during lockdown – actions that appear to very many people to be in direct contravention of the rules.  Whether or not he acted within the rules, it’s clear that his interpretation of those rules is different from the interpretation by very large numbers of the public, and also of politicians on all sides of the spectrum.  He has defended himself against the criticism, and the Prime Minister has defended him, and so have some Cabinet colleagues, but the furore continues.  Many are not persuaded; many have suffered badly by following the public’s perception of the rules; and they and others are very angry that such a person should interpret the rules in such a liberal way.

My letter to The Times yesterday was not published, alas.  Disgraceful!   How could the Editor ignore such a gem!

Without prejudging the matter I had suggested that every member of the Cabinet should be asked a simple question: “If you had been in exactly the same position as Mr Cummings, would you have behaved in the same way?”.   The point was, I felt, that such a question should allow only a Yes/No answer; any other response would entail evasion, which should be marked down as a “No”.   It seemed to me that Cabinet members, knowing that their answers might impact on their futures, would think very carefully about it – more carefully than simply defending a colleague for political purposes, if that’s what they were doing.  Not for the first time in my life however, the Editor chose to preserve my wisdom for another time.

Rightly or wrongly there’s a feeling of chicanery.  The rules were broadcast in general terms via slogans, without great detail.  Accordingly there was a general consensus about how to apply them – stay at home whenever possible.  Now people at the top are seen to (a) behave in ways that the population in general think was outside the rules, and then (b) they quote detailed documentation, not readily available to the public, to justify their behaviour.

To my mind this touches on a number of things but I’ll mention just two: (a) the British public’s sense of fair play, and (b) the squandering of goodwill.   We don’t like to see those-in-the-know apparently flouting generally agreed standards of behaviour; and when we see them then defending each other, our trust and goodwill start to disappear.

We’ve all seen trust evaporate, goodwill squandered, support withdrawn.  Organisations can be deaf to advice, deaf to criticism.  Groups of people at the top huddle together, reinforcing their own prejudices and interests.  And ultimately it’s their own interests that suffer.  Over the years I’ve witnessed it so often: under totalitarian regimes, in corporate life, as a management consultant, working with charities, and as a volunteer in the UK and elsewhere; and I keep good records.  When support is withdrawn elections are lost, organisations find that funds are removed, reputations are trashed, and so on.  The key is the individual at the top, who must be prepared to listen, and who must accept the principle that “No one is indispensable”.  One hopes that our Prime Minister, and in fact everyone with final authority in an organisation, has those attributes.

I might write to The Times again ……. almost certainly with the same result.