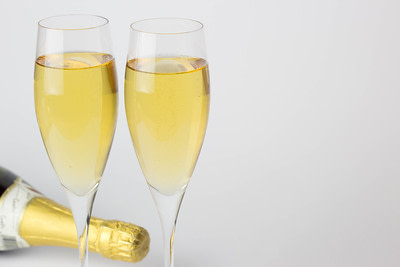 It’s a (very minor) Birthday: four weeks ago there were some births – I started a beard, ordered a bike, and opened the blog.

Beard. Writing to a number of friends, I suggested that we “grow a full set – beard and moustache – for the duration of the semi-house-arrest that Boris has imposed on us, and when it’s all over, on the Day of Liberation, have The Great British Shave-Off … or perhaps not, depending on how it looks.”  Also: “no need to reply to this email: if you like the idea just do it, enjoy it, and have some fun!”   Well, one friend did reply and definitely started the growth (we’ve swapped pics); and others might or might not so we’ll never know.  How long this will go on for is up to Boris, but here’s the result so far for me:

Bike: solitary confinement for months, in a flat with little space for exercise, didn’t seem a good idea for this particular body where, with the illness, enough muscles were already atrophying.  So the need was for an exercise bike that could fold up and be stored when the incarceration was over.  The result was a not-very-elegant machine, although it served the purpose. In fact if you look carefully you’ll see that it serves more than one purpose:

Blog. And then the blog. The reasons for doing it were summarised in the 13 April entry, but it wasn’t an easy decision.  Was I making a rod for my own back?  Was I going to make a fool of myself? Would a multipurpose blog dilute each purpose and end up by confusing me and any readers?  There were no answers at the time so in the spirit of “What the Hell!” and “In for a penny, in for a pound!”,  28 days ago it was launched.

I’d like to make two comments about the blog.  The first is about style: to confess to a deliberate betrayal of many of my own linguistic standards. English grammar taught at school was reinforced later by the logical structures and semantic niceties of Latin and Greek. Those standards were reinforced later by the written precision required by the armed services (11 years working with airforces in Saudi Arabia) where an ambiguous sentence in training or maintenance procedures could be dangerous.  All of that was reinforced later by a further 20 years of senior executive work with all its written formalities and officialese.  In trying to find a ‘voice’ for this blog I decided to discard many of those grammatical rules.  Never start a sentence with an “And” or a “But” or a “So”?  Never end with a preposition?  Every sentence must have a subject and a verb?  Sorry – all ignored.  For a blog, a sort of daily diary, it seemed more appropriate to write as one would speak – speaking to oneself or to friends. And (there’s an example) it’s not easy!  I still tend to compose an entry in a formal way – the habit of decades – but then go back through the text to de-formalise it.  It seems right to me, so I hope it does make it flow more easily.

The second comment about the blog is Great Thanks.  Friend Tim set it up for me, structuring the site from scratch.  15 years ago I had written a blog for about 6 months but that format wouldn’t have been suitable.  Separately, I’d read blogs by people with MND/ALS, focused on the progression of the illness and needing complicated scrolling to different parts of each month, and I didn’t really want that either.  So I left Tim to it.  It took him hours; he produced an excellent stereotype; we tweaked it; he explained how I could then input almost everything myself without his help; and here it is.  Today he’s amended it further to allow a few photos in the text.  I hope the format works well for everyone.  Thank you, Tim. Very grateful.

Finally, now there are other B’s: Boris is Back!  Perhaps we’ll get closer to the Day of Liberation and hence The Great Shave-Off. Good idea, or not?