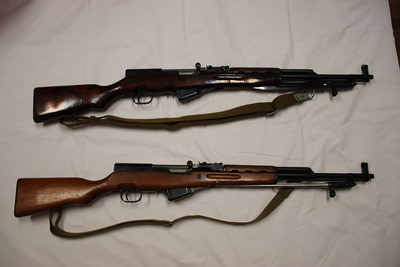 Last week it arrived: the formal NHS letter addressed to me personally as ‘someone at risk of severe illness if you catch Coronavirus’.  The advice – thankfully it’s advice, not a legal requirement – was to ‘stay at home at all times and to avoid all face-to-face contact for at least twelve weeks’.  I’m not sure I can do that, though of course the government’s intention is well-meant. Will I get into trouble with the law if I go out for an occasional solo walk, or do some suitably-socially-distanced shopping, masked if necessary?  I think not.

Thinking about that however did lead, via a not-very-clever segue (sorry), into past times of unknown lockdown when the law, or rather the army, did take action.

In addition to the police cell in Libya in 1975 and the earlier avoidance of serious incarceration (the letters) in the Sudan in 1970, I’m sorry to say that yours truly has had a few more ‘brushes with the law’ as we in the Anglosphere call it.  A couple are here:

The bayonet.  It was 1971, and a number of volunteer teachers were marking University Entrance exams in Khartoum University, previously the Gordon Memorial College.  One day the rumour went round that our pay rate was going to be reduced.  In the absence of any media this was a word-of-mouth story but to us it was serious: our income was already small and this rumour was upsetting. Someone was chosen to go to the British Council or the Ministry of Education to try to find out what was happening.  That someone was me, so out I went, down the external steps into a courtyard en route out of the University. Didn’t get far however: a soldier accosted me, asking where I was going.  I told him.  An officer was called.  He listened and then instructed me to go back.  I refused.  He said something in Arabic.  The soldier fixed the bayonet in his rifle and pointed it to – and actually touched – my chest.

Now it’s important to say that there was no significant friction between Sudanese and Brits, at least as far as I can remember, so I did not feel in actual danger. It was just a totally unexpected response and a dramatic shock. The officer was pleasant but firm: I was to go back.  I definitely didn’t want to but the circumstances seemed to be rather overpowering!  We have a phrase in English, “Discretion is the better part of valour”.  Given the situation, that seemed like good advice.  22-year-old David’s youthful zeal, including any valour he might have had, evaporated rather quickly, so I turned and made my way back to marking.  We later learned that the country was going through a tense few days.  14 years after independence there were factions threatening the military government, but with no English language media easily available we’d been completely unaware of it. On that day, unknown to us, the army was on alert in central Khartoum and for some hours there was a form of lockdown.

Army custody:  The Sudan again, summer of 1970.  I’d returned from hospital in London, had handed over the letters and therefore was safe, and now friend Malcolm and I were to start our remarkable weeks of travel around East Africa.  Our route started from his township of Kosti on the While Nile, where a steamer would take us up the Nile (i.e. south) through the desert, the semi desert, the savanna grasslands, the swamplands, the tropical rainforests, to Juba near the border with Uganda.  The civil war with the south was raging; we were the only westerners; and it took ten long, utterly surreal days – details in another blog perhaps.  Finally arriving at Juba, we set foot on land and were promptly in trouble: the Sudanese army could not believe that two westerners were there. Juba, the southernmost town in the largest country in Africa, was well outside any media attention, the fighting was sporadic but ruthless, and here were two Brits from the outside world who might cause great trouble. The soldiers weren’t happy, so we were taken into custody.

Malcolm was ready.  While I’d been in the UK for medical treatment – and dealing with James E – Malcolm had been going round the various government offices in Khartoum, asking for permissions, providing IDs (he’d been sending me telegrams asking for my details), completing forms and getting documents stamped,  In Kosti they had enabled us to get on board, and in Juba we were able to show the army that we were in fact government employees – teachers – with official permission to leave the country via Juba, staying just one night in the town with tickets to Entebbe in Uganda the next day.

We handed over the papers and, very reluctantly, our passports (the latter never a good idea in such countries) and there was about half an hour of nervous tension, waiting,  An officer then came in. It was considered ‘very irregular’ he said, but he accepted the situation. In fact it seemed to Malcolm and me that he was more angry with Khartoum civil servants than with us. I suppose we 22-year-olds looked innocent enough, which we were, so the officer arranged for us to be escorted to a little guest house for the night.

I mentioned above that there was no particular tension between the Brits and the Sudanese. The country had gained independence 14 years earlier in 1956; it seems to have been relatively amicable; British systems still continued in the ministries (even to the extent of us teaching unsimplified Shakespeare in schools!); and we felt there was a degree of general, mutual respect.  Looking back now, there must have been good respect because, quite unexpectedly, the army captain asked us if there was anything special we would like to see in the area that afternoon.  It was as if we were his guests, though in lockdown and in custody and never going anywhere independently!

Malcolm and I had talked about this during the 10 days on the steamer so we had the answer: we would like to see Juba Cathedral.  Quite remarkably the captain obliged: we were put in a jeep driven by a soldier and were taken up a hill to the building. The soldier told us that it had been bombed in the ongoing war (apparently rebels had hidden in it for a while) and the bishop was in hiding.  There was only one person there, a muslim I think, tending the christian graves.  That was quite moving.

10 minutes was enough.  We were driven back to our little guest house, given some food for the evening, and the next morning driven to the airfield. It certainly was an airfield: a grassy expanse with a strip of murram (clay earth) as a runway.  The DC3 landed, we took off for Entebbe, and I have one abiding memory of the flight; the wings seemed to flap slightly!

That was the end of our first year in the Sudan. The second year proved to be just as stimulating.

A few things I want to say about those two events, and others:  1. I don’t think I’ve exaggerated or embellished anything.  2. There were no heroics or bravery – as far as I can remember we volunteers never felt we were in actual danger. Worried that plans might go astray, yes, but worried about physical danger, no.  3. Not being able to communicate with anyone – remote places, no phones, haphazard postal services, rare access to telegrams – was in fact just natural and didn’t seem to bother us.  It also had the advantage that we couldn’t easily tell our parents.  Mine would have gone crazy!

This was, admittedly, a very tenuous link to current lockdowns. As I said a couple of days ago, there’s not much news these days – or rather it’s all about one thing, the virus – so it’s becoming difficult to hang a link.  Accordingly I’m giving myself some licence.  Doing my best.