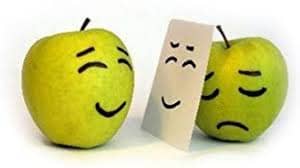 Is Britain recovering from the pandemic?  No one’s sure but the figures at the moment seem to suggest that it is.  We’ve had almost the worst record in the world for infections and deaths.  At the moment we seem to have almost the best record in the world for vaccinations.  And the numbers of infections and deaths are dropping.  Will it continue?  No one knows that either.

When it’s over though, there will still be huge numbers of Brits mourning their departed relatives and friends, and probably huge numbers feeling relieved that they’ve come through the crisis safely.

We each have our own views on this global disaster.  I’ve been thinking a lot about how it’s affected me.  To be honest, I feel uneasy, and that’s because what happened to me is unlikely to have happened to anyone else.  That’s a bold statement to make.  This is what triggered it, a quote from a report in The British Journal of Surgery:

“In the United Kingdom, the NHS advised hospitals to cancel most elective surgeries for 12 weeks from mid-April, although many procedures were cancelled before this date. According to the study, this could mean 516,000 cancelled surgeries in the UK during the pandemic, including 36,000 cancer procedures. However, other sources suggest this figure could be even higher, at around 2 million”

Shocking.  Between half a million and two million surgical operations cancelled during the pandemic, each a dreadful experience for each person suffering.  In contrast, during the pandemic I had three operations, each for the same thing.  That must be unique, and it’s what makes me a little uneasy.

Those who’ve been reading the blog for months will already know this (so forgive me), but I’m repeating it here for those who’ve joined us recently and for those who might skim through for MND entries in future.

During the last six months of 2020 the mouth and throat muscles were becoming paralysed. Swallowing was becoming more and more difficult.  Coughing and choking were increasing.  My food intake moved from normal solids (meat ‘n veg), to ‘small and bite-sized’, to minced, to puréed and then to liquid nutrition that I could swallow but only with difficulty and increasing risk.  Soon all nutrition by mouth would be impossible. There was a way to keep me alive, and that was by an operation to insert a pipe into the stomach so that I could syringe special nutrition into myself.

In mid-September it happened: a team of surgeons, nurses, anaesthetists, other specialists; an operating theatre; a patient briefing immediately before the operation; a hospital bed for days before and after; full medical and nursing care throughout; transport there and back – the complete, complex, package of activities and resources.  It all happened and it all failed because I misbehaved under sedation, unconsciously resisting the surgeon’s attempts to push things down my throat and open a hole in the Peace belly.  So they stopped it mid-op.  I woke up thinking it had been done, and discovered it hadn’t.

I was losing weight.  Eating and drinking very difficult.  Amazingly, four weeks later in mid-October the NHS got it together and mounted a second operation, again for the pipe but by a different procedure without sedation.  And that failed, again while I was on the operating table.  They found that the Peace stomach wasn’t where it should be, so for this different procedure they couldn’t find a route through the rib cage.  The op was again stopped.

Losing more weight.  Dangerous. Not much time left.  Amazingly they put it together yet again.  Again, the whole complex package of specialists, resources, care, for a third attempt using the original method but with different sedation, in mid-November.

It worked.  Since then I’ve been doing five ‘feeds’ a day, a feed being special liquid nutrition that I syringe into the stomach – unpleasant and tedious but it’s kept me alive.  In the last few weeks I’ve even gained a little weight.

Now, DP’s thoughts on this.  Yes, I’m alive and coping.  I’m immensely grateful.  How can I not be?  Actually it’s a feeling of wonder.  How did the NHS manage this – three operations in three months for one man in the middle of the greatest demand on resources and personnel that it’s ever faced?

The other thought however – and this is what disturbs me – is this: how did they manage to do it all when between half a million and two million surgical procedures were being cancelled?  During that awful period did anyone else get the super-luxury treatment of three operations?  Yes I know it was critical.  I know I’d have died of starvation or choking if it hadn’t finally succeeded.  Perhaps for that reason they could put it in the ‘highest priority’ category.  I do wonder though what battles had to be fought to set up those three events.  And if the third had also failed …..?

I’ve been unbelievably well-treated.  Our magnificent National Health Service.  So, grateful I remain.  Can’t deny this also though: uneasy I also remain, wondering about those still waiting for just one operation.