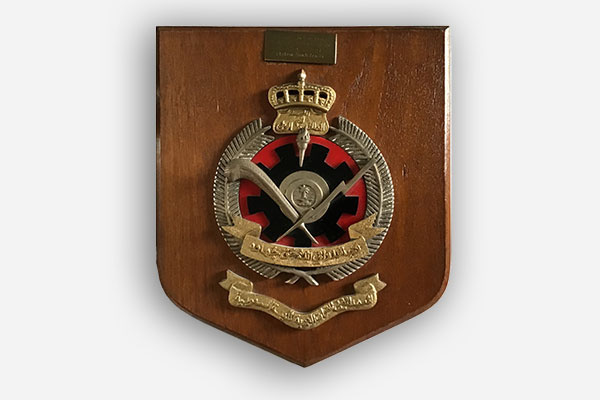 In Britain in the last few days there’s been serious talk about various government officials and advisors apparently breaking the lockdown rules; and some – but not all so far – resigning or being sacked.  And much speculation regarding “Who exactly reports to whom?”, with ambiguity and friction within the Cabinet.  The Cabinet Secretary, a busy position, is also Head of the Civil Service, an enormous role, and is also National Security Advisor – together a hugely complex and far-reaching range of responsibilities for one person.   And then there’s someone else, the Prime Minister’s Chief Advisor, with ill-defined duties, one of those accused of breaking the rules.  Just between those two men it seems that there is friction, ambiguity, overlap, and uncertainty, at the top layer of the Government.

It reminded me – here’s another tenuous link for the blog – of difficult reporting lines and loyalties when I was in Saudi Arabia (1976 – 1987), made all the more complex by the reappearance in my life of the UK security services, mentioned in blog 12 April.

Reminder: Saudi Government needed support for its armed services;  Britain had won the vastly profitable contract, mainly for the Air Force; the government-to-government agreement was via an MoU, memorandum of understanding; the British Government chose British Aerospace, BAe, to do most of the actual work; BAe recruited ex-RAF officers and a number of civilians including me, especially to do the training.

The RSAF, Royal Saudi Air Force, were our masters and daily counterparts.  Thrown into that was the PAF, Pakistan Air Force, brought in by the Saudis to check on the British.  And in the last few years for me, unexpectedly, indirect but clear pressure from Margaret Thatcher’s government, with a covert presence in the Kingdom.

After a few years I became Chief Instructor – sort of Principal – of the RSAF School of English which by 1981 had over 100 instructors and around 20 senior instructors and admin people.  With a standard class size of 10 cadets there were more than 1000 under instruction in English at any one time.  I was told that it was the second biggest English Language teaching organisation in the world, No.1 being somewhere in China.  The School was part of the RSAF Technical Studies Institute, TSI, on Dhahran Air Base.

My formal reporting line was through BAe to the Technical Training Manager, TTM, in the TSI.  In the School of English there was a Saudi Warrant Officer to keep an eye on things and to apply some sort of discipline to the cadets if needed.  And the PAF: at least one Pakistani officer doing the rounds, walking into classes, inspecting the British instructors to ensure that they were teaching English to the right standards, and advising me to take action against my staff if the PAF felt anyone was below standard.  At times that wasn’t easy to manage!

All BAe heads of department had similar lines: upwards to BAe, sideways and upward to RSAF officers, and the necessary daily liaison with the PAF, the inspectors.  We succeeded in renewing the training contract against American competition, and in 1984 I was chosen to project-manage the development of the new training profile:  English Language, Maths/Science, Aeronautics, Electronics, Air Traffic Control; so I left the School of English and moved to the main TSI building, reporting to the British TTM, liaising with the PAF there, and often being called into the office of the RSAF Commandant, the Saudi General, head of the whole institute, to report on progress.  [If anyone isn’t aware, by the way, the RSAF mirrors the USAF in titles: they use what we call army ranks for the Air Force, hence “General”, and colonels, lieutenants, warrant officers].

One day the British TTM, a former RAF Group Captain, called me into his office. He was livid.  “Have you got anything to tell me?”, he asked.  I had no idea what he meant.  He threw a piece of paper at me.  It was from the Commandant, whose office was along the corridor.  It stated that with immediate effect Mr Peace was to be removed from British reporting lines and would be reporting direct to the Commandant.

This was unprecedented: I was an employee of BAe, I attended BAe managers’ meetings, and the project was critical to the British Government.  At times I visited BAe HQ in Riyadh, and sometimes an HQ man would come down to Dhahran to catch up.  I knew that Margaret Thatcher was urging more scrutiny of us, yet here I was, apparently being forced into conflicting loyalties.

So what was my position now?   What information could I release, and to whom?  And who would trust me?  I was an good terms with the Commandant (in fact I think that was because I was a civilian, not ex-airforce), but he must have been taking a risk also.  It was puzzling, and at the time I wasn’t sure how to handle it.

The answer came a few days later: a phone message from Riyadh, presumably not monitored.  I was asked to stand on a particular roadside in Al Khobar, the local town, at a particular time

on a particular day, and a car would meet me.  So I did, and was driven round for almost an hour by a British man from Riyadh who was, importantly, not part of the official BAe office there.  He was “attached to the Ministry of Defence in London”; he wanted to know in detail how the project was going; and he told me that HMG was anxious about it (which I knew), but also that the Commandant was worried. They did not have confidence in the TTM.  The letter to the TTM, signed by the Commandant, was in fact the result of a quiet agreement between London and the Commandant himself, though one had to presume that it had been cleared higher up in the RSAF.  So my suspicious transfer from a British to a Saudi reporting line actually had London’s approval.  He confirmed, in a roundabout way, that I had been in an HMG list since the Libya activities ten years earlier (blog 12 April).

It did make sense: about a year before the roadside meeting I’d been sent on a course in an RAF base near Nottingham, a training centre run by the very Group Captain who was about to retire and come out to Saudi Arabia as TTM.  He was most unpopular; a few Squadron Leaders and others were also due to retire and had planned to apply to BAe for jobs in the RSAF Institute, but when they heard that their RAF boss would then be their BAe boss they changed their mind.  I learned from the man in the car that  it wasn’t by chance that I had been sent there.  That’s another story.

There were three more roadside meetings in the following 18 months.  It’s worth mentioning that one needed permission to travel from one province to another, but that didn’t seem to be a problem in this case.  It’s also worth noting that this was no John le Carré or James Bond type of thing.  It was certainly important, secret, and I couldn’t tell anyone.  In one sense it was risky – would the Commandant or HMG help me if BAe or the TTM or the PAF caused trouble?  But I didn’t feel in danger and I was very relieved that a difficult jigsaw had been solved.

The Commandant and I never mentioned those meetings.  I was confident that he would be told and reassured, quietly, by someone else; and I sensed he had been.

The TTM never knew about them, and so his distrust of me grew and grew and became very awkward.  The Pakistani officers knew nothing of them either, and were not happy about a Brit reporting direct to the General, but they adapted to it.  The good thing from my point of view was that I was not in a wilderness of reporting lines, responsibilities and suspicions: to have the Commandant and, unofficially, HMG in support made a big difference.

Well, we moved forward and got through the project successfully.  At the end, and when my father became ill, I left SA finally.  It had been an interesting, busy, complicated, but by-and-large enjoyable 11 years, and I’d learned a lot about management in general, about managing training organisations, about running projects, about dealing with military protocols, about juggling responsibilities, about clarifying duties and reporting lines, and much more.

A London MBA – Masters’ Degree in Business Administration –  followed; and then for some years corporate life with global responsibilities, based in the UK: all rather boring compared with the dramatic years in the Sudan, Libya and the Gulf.