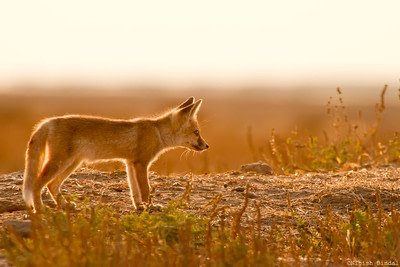 Topical now: find someone with the virus and then trace that person’s contacts, those who might have been infected by the individual. Very important and needing a great effort.

Tropical then: something similar 45 years ago but in a rather different way:

In 1975, back in Britain on one of those 3-week breaks from the desert, I knew I wasn’t well: a high temperature and a fast heart beat.  In every other respect I was a healthy 28-year-old so it wasn’t too worrying.  It seemed to be getting worse though, so we consulted my parents’ GP [for non-Brits that’s ‘General Practitioner‘, the local National Health Service doctor].  He said he wasn’t sure about it, and knowing about my life in Libya he recommended that I go to the Hospital for Tropical Diseases in London.  That was arranged.

In the hospital they tested me, asked me to wait for a couple of hours, and then took me to see a particular specialist.  He assured me that although it could be dangerous, even lethal, he thought that in my case it would probably be cleared up by antibiotics.  I had leptospirosis.

This was something new. I’d never heard of it before, and initially he didn’t explain what it was.  Instead he clipped onto a wall a large-scale map of Libya, the Mediterranean coast at the top of course and large expanses of emptiness on down through the Sahara to the Niger and Chad borders.  He then asked me to pinpoint my little oil camp.  That wasn’t easy but by references to some landmarks – it showed Nafoora, the company’s larger concession for example – we got there pretty accurately.  Then he pinned a semi-transparent sheet over the map. That sheet had lines of red dots meandering across the desert in different directions.  One of them went through my camp.

What was he tracking?  This amazing man in the middle of London was tracking packs of desert dogs, or desert foxes, as they travelled across the vast Libyan Sahara.  The hospital had been receiving cases of leptospirosis among the oil workers, and he was capturing the spread and transmission. Was that how I’d got it?  I could answer that.

Our trailers were raised about a metre above the sand, supported on concrete blocks.  Under one trailer a desert dog, a bitch, had settled and had given birth to pups.  Why she wasn’t afraid of humans I didn’t know – perhaps the dogs had never been harmed by humans –  but we fed her spare food, and she could get water from the little pond  She didn’t seem too nervous, and the puppies were lovely.

The camp was quiet for most of the time, and I was there for most of the day. Slowly and carefully, making sure there were no sudden movements, I had occasionally fed her and she had allowed me to play a little with the pups.  The specialist said that one of them, even without fully-formed teeth, must have nipped me and broken the flesh. That was enough. I had leptospirosis.

This was most impressive. The specialist knew how the disease was spreading so he must have been in touch with all the companies with camps in the Sahara.  My colleagues and I had never heard of the danger but perhaps, in the disruption of Ghadaffi’s nationalisation of our company, such health warnings had got lost.  I relayed it to them when I got back.

From what I read, leptospirosis can be dangerous but in most cases it’s easily treated.  He was certainly correct with me: a course of antibiotics cured it and there has been no trouble since.

Does that type of research still go on? I hope so. In fact it must do. Sometimes one has to stand in awe of such dedicated research. This to me was awesome. One hopes such dedication will pay off, soon, regarding our own little virus problem.