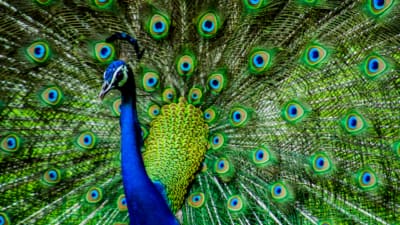 These are troubling days, with so much being said about imperialists, slavery, exploitation, other cruelties, monuments and so on – those past times with completely different values from today.  And who knows whether, 100 years from now, our own generation will be criticised?  Anyway I thought I’d write about something from those controversial years, something that has puzzled me until recently.  Now that more information is available it’s a story that might show a humane face.

One of the most mysterious things I’ve seen is up in a rocky outcrop midway between Sennar, the township where I taught on the Blue Nile, and Kosti, the larger community on the White Nile where friend Malcolm taught.  The land between is entirely flat with the exception of that rock formation that rises suddenly in the middle of the plateau, and it’s quite striking, up to 600 ft I think.  During my years there around 1970 I visited that place a few times.  A British Council couple who were visiting Sennar for a few days had heard about it and so we drove out to find it; and then later I would take other visitors if they had transport.  It’s called Jebel Moya, the Water Mountain, but as far as I’m aware there is no water there.

Climbing up between the boulders you come to a wide flat area just below the summit, protected by rocks on most sides.  In that hidden valley there are buildings of stone in peculiar shapes like fruit, and one major construction, the House of Boulders.

I did know a little about it at that time.

It was the work of Sir Henry Wellcome, the man who later founded the Wellcome Trust, a financially independent organisation that supports health programmes and health research.  The Trust describes Sir H as ‘a medical entrepreneur, collector and philanthropist’ and says it has current assets of around £26 billion.

The stories I heard was that he lived there, in the House of Boulders, from around 1910, and there’s a plaque inside that records that. Each

time I visited, children from the villages down in the flatlands would clamber up and excitedly want to show us around and especially into the House.  To find something like that in such a wilderness raised so many questions: What was he doing there, and why?  How did he manage the practicalities of living there?  What were those strange constructions?  Did he succeed in whatever he was doing?  Or was he just an eccentric who wanted to escape the western world?

We heard that he had employed the villagers, had established strong work regulations, and had rewarded them well.  One story was that he was experimenting with aerial photography – cameras on kites.  Another, that he was prospecting for rare minerals.  A more colourful story was that in addition to paying wages he would line his workers up once a month and award one of them a special

honour, rather like the ‘staff member of the month’ scheme you see in organisations these days.  The honour, so the story goes, was a peacock feather.  There are no peacocks in the Sudan, and a feather is obviously beautiful, and I was told that the men and women prized that greatly and would do almost anything to win it.  It seemed that somewhere there’s a record of a telegram from Sir H to a British Government department requesting another urgent supply of peacock feathers.

In 1970 it was a strange feeling being up in that hidden valley, able to look down on the villages in the vast flatlands below, and wondering just what had been happening there 60 years earlier.

It was one of the things I wanted to do again when, in 2010, Ann, Sue and I went back to the Sudan.  Forty years earlier Ann had been teaching in Geneina up in Darfur (see blogs 23 and 24 May) in the far west near the Chad border; and Sue in Rufa’a on the Blue Nile halfway between Sennar and Khartoum.  We hired a driver and went to a number of areas north and south of the capital – and this time there was a luxury: surfaced roads!  So we climbed up. Nothing had changed.  Everything was still there, a century after Sir H built it all.  And the children still climbed up to show us around.  Fascinating.

About eight years ago I visited the Wellcome Collection in London, almost opposite Euston Station and not far from my home.  What records did they have of Sir H’s years in the Sudan?  It was disappointing.  There were some photographs on display but little more.  An assistant said that it was a bit of a mystery for them also, and she repeated the stories about possible mineral prospecting and aerial photography.  So, none the wiser.

More recently though, a lot of detail has been published.  Why wasn’t it in the Wellcome Collection?  No idea.  Anyway it’s really fascinating, for me at least.  The best link I can find is this, apparently by a Saudi: https://www.ncbi.nlm.nih.gov/pmc/articles/PMC4949947/.  It’s a LONG read but I recommend it.  The pictures in this post are from my visits 50 years ago but the link shows it all more clearly.

He was a remarkable man.  It’s such an unusual story.  I do think many will be interested, even if they just look at the pictures.  From that account it seems to me unlikely that the local people were disadvantaged.  But in changing times now, who can tell how history will judge him?