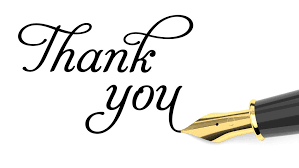 Not much to say today, so let me say Thank You.

If you click the ‘Comments’ tag at the top you’ll see every comment since 14 June. The blog started on 1 April and I decided at the time not to have a Comments feature to avoid getting drawn into discussion after discussion.  75 days and 75 scribblings later, on 14 June, there was a rethink; the Comments facility began; and I stated I’d read them but wouldn’t engage.

For those who comment, a sincere Thank You from me.  As of today there are 187 comments.  I was 100% prepared for criticism, objections, disagreements and other unpleasantries, and in a way I’m a bit disappointed that there haven’t been any – well, you can see some ribald comments from chums but that’s to be expected considering the disreputable people I mix with ….

I do read and appreciate every one. That’s NOT an invitation for more.  It’s just to assure you that your words are not wasted.  Others can read them and I certainly do.  Occasionally it’s tempting to reply and to engage in discussions but it would take so much time and effort and I’m still resisting that.

And a sincere Thank You to other readers who email me, and apologies that these days it’s taking me so long to reply.  Bit distracted by other things …..

And to those who are reading the blog and don’t comment or email me, Thank You also.  That’s thanks for reading it, it’s not my gratitude for your silence!  The blog has been passed on and on, including to people way outside my own circles.  At least one ‘unknown’ was googling a topic, found a reference in the blog, followed it up, got interested on the blog itself, and then started reading the whole thing from the April 1 beginning.

It’s intriguing.  No idea who and how many are actually following this, so I plough on in relative ignorance. Could we be benefitting from the pandemic?  People at home, bored, with more time to browse?

A final Thank You to blogmaster Tim who set up the framework for the blog, and who parachutes in when things go wrong.  Great stuff.

OK.  Done the Thank You’s (did that need an apostrophe?).  Really most grateful.  Onwards.