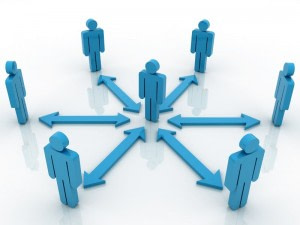 By chance rather than design, 15 years of my life were spent helping people with their job performance and their careers.  26 years in fact if I include work with the Royal Saudi Air Force.  11 years in Saudi, four with BAe in UK (global reach), five with Tarmac (also global), six as a performance, outplacement and career consultant.   All were different, naturally.

The most interesting times for me were when human nature surprised me.  It’s a cliché and a truism to say “We’re all different”, and we all expect a wide range of behaviours from those we meet.  When the totally unexpected happens though, that’s a real lesson.  Here’s one.

As a consultant I was working with a major global organisation (neither of those in para 1 above) with teams and individuals at the top of the tree: the Main Board.  We decided to institute 360° assessment, the first time it had been used in that company.   It meant that for each senior person a set of structured questions would be supplied to his/her colleagues, to the reports (those reporting to him/her), to clients and to superiors – in this case mainly the Chief Executive.  The results would be collated, and then someone would do the 360° feedback.  But what about the C. Ex himself?

The C. Ex was a tough man, a figurehead in the sector with a record of ruthless business dealings and an unsympathetic management style, something of a bully.  We knew each other quite well and I suppose he trusted me because he ordained that I would be the person to feed back to him the opinions (anonymous) of his underlings, clients, counterparts in other companies, and also the Chairman.  He could be intimidating but I wasn’t worried: he knew that as a consultant I was neutral and impartial; and of course I was not one of his team.  He also had said that he accepted that anything we talked about would remain confidential.  So out went the questionnaires, a week later they came back, I compiled them and turned them into a report, and we were set for the C. Ex’s private confidential feedback session.

We met in his office, sitting on sofas rather than formally across a desk.  I reminded him of the way the scheme worked, summarised the range of the questionnaires, indicated the relative validity of views from different groups, and assured him that there was only one copy of the report.  I had it in my hand, we were to go through it, discuss the findings, discuss whether and how he might amend his business, management and interpersonal styles and so on; and that at the end of the session the report would be his and his alone, so there would be no ‘leak’ and no obligation for him to take any notice of it.  That was the system – and confidentiality was key.  He’d set aside an hour for the discussion.

So we set off carefully and slowly.  A range of areas to look at; the criteria that applied to each; and then the start of the actual results: what did people think of him?

It lasted 10 minutes.  He put up his hand and stopped it.  That was enough.  He wasn’t prepared to listen to any more.  “David, I can’t take this.  I struggle to keep control of things.  I know I overdo it at times but it’s the only way I know.  I have to put on a hard façade.  If I don’t I can’t do my work.  This is upsetting.  I just don’t want to know what others think of me.  I’ll take the report – thank you.  And you won’t tell anyone.”  Of course not.  So that was it.  The soft underbelly of a dinosaur.

Two other management and business development processes that can cause problems – and also generate a lot of good – are the use of psychometric instruments and active team building exercises.  I’m qualified with the British Psychological Society to run the tests and then interpret the results and feed them back to senior execs; and I booked many team building exercises with external organisations such as the Leadership Trust.  Also I enjoyed (or suffered) both myself.

The upside of both could be dramatic.  Changes in behaviour, even if artificially contrived,  would have an effect on others; and even artificial behaviour can embed itself as a permanent fixture if the response from others is positive.  On active team-building programmes those doing things they were afraid to do – potholing was a memorable example – came through with huge extra confidence.

And the downside was the downside.  I often used a psychometric instrument called the Team Management Profile that claimed to identify an individual’s preferred role in a team: leader, assessor, explorer, innovator, organiser, maintainer etc.  The findings worked very well in most cases but they were a disaster in a few, especially where an individual knew the results were correct but also knew he/she couldn’t move into that role – very frustrating.  And on active team-building exercises one young man told me that he had lied: everyone was supposed to name the exercise of which he/she was most afraid, and then do it as part of the team.  He’d said he was terrified of abseiling – which he wasn’t – so had done it to the acclamation of his group.  Later that day he’d driven a couple of miles away and sat in his car and cried, ashamed.

Takes all sorts.  We’re all different.