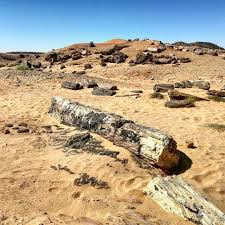 Two days ago Brent Crude, the major benchmark for global oil prices, sank to around $19 a barrel, the lowest for almost 20 years.  Worldwide demand has collapsed with the closure of businesses, flights grounded, vehicles unused, transport systems greatly reduced, and billions of us in various forms of lockdown.

Those factors, plus a nudge from a friend a couple of days ago, got me thinking about how the men in the oil fields are spending their time these days, and how I spent mine for almost three years in the Libyan Sahara,1973-76 – ref blog entries of 9, 10, 11, 12 and 19 April.

It was hot for much of the year, naturally.  And dry.  Our little square of trailers housed the 9 or 10 of us, then there was a double trailer with a pool table, another one for the male nurse, and another double for the canteen behind which were others containing the kitchens.  The cooks supplied us with ‘western’ food and also separately produced meals for the c40 Libyan workers in their own camp about 200 yards away.

Supplies and letters would come in by plane – Mad Bruno in the Pilatus Porter – but I’ve just questioned myself on whether that little plane could actually transport enough to feed us all.  Very occasionally, and quite excitingly for me given our isolation, we would see in the distance a large slow-moving convoy of drilling machines passing by.  I was told they would have taken three days just to get to our area.  Perhaps, therefore, food was slowly delivered by land, but I certainly never saw that.  Odd.

We didn’t lack for food. Even after Gaddhafi nationalised the company we would have a choice at breakfast and dinner and, if we chose, could always order T-bone steaks – a sure sign that it had been an American outfit!

If ever one of the Land Cruisers wasn’t taken for the daily rig maintenance I would use it, tentatively at first and then with increasing confidence.  The great risk was soft sand: if I hit it and sank in, could I extricate myself without the embarrassment of calling for help? Sadly I did sink, three times. Twice I got out by myself – the 4-wheel-drive cars stored a shovel and strips of what I can only call chain mail, to go into the dip in the hope that the wheels would grip.  Heavy work though it was, it was a huge relief when the vehicle finally reversed up onto firmer ground.  The walkie-talkie, or squawk box as we called it, saved me the other time: calling for help while anticipating – and getting – merciless ribaldry, I was finally dragged out by another car.

This is not an exaggeration: within a couple of months I learned to sense soft sand ahead.  For the arabs it was natural, and the professional expat oil-workers also learned that skill, so probably it wasn’t surprising that I developed it.  It’s not easy to describe – just a sense of a change in the texture of the surface 20 – 30 yards in front.  The Libyans called the soft sand ‘sabkha’.  I’ve just checked the word and it seems that it refers, in geological terms, to salt flats. Not sure how that fits, but certainly sabkha was how it was called and what we had to look out for.

As the oil was pumped out of the wells the more viscous was drained off and was used to make tracks across the desert. It would dry to solid, and even though the land was very bumpy it was often easier to drive on the black tar-like surface than on the hard sand.   It was seasonal though: in the real hot season it would melt.  Not a good idea to use it then!

Where did I go?  A favourite was an escarpment some miles away. Picture this: you’re on top of a cliff, a sandy cliff of course, and looking down to a huge expanse of sand bounded by another escarpment on the left and only the horizon ahead.  You’re in the middle of the Sahara and down below, spread out for miles and miles, is a forest.

There were dozens and dozens of enormous tree trunks, some with branches, lying at all angles, flat on the sand. And all petrified. Stunning.  I would sit there for an hour or two reading or just looking and thinking. One thought also: did I dare to leave the car, slide down the hill, and have a closer look?  In fact I did, and shamelessly gathered some of the twigs and bits of wood – all rock of course – and took them back. Can’t remember any rules about not doing so then – it seemed a natural thing to do. All the oil men collected small items such as petrified wood and desert roses as mementos of their time there.

A few days ago I found online a recent picture of my old oil camp, completely changed of course with modern pumping stations (the ‘gasometers’), rows and rows of good accommodation, properly surfaced tracks, and more.  If the pumps have now been stopped as a result of the collapse in demand I wonder how those men are spending their time these days, and whether they’re enjoying it as much as I did.

Also a few days ago I said I’d try to keep these jottings ‘soft and bite-sized’, so perhaps that’s enough for today.  More another time:- camels, desert storms, Mozart, rain, desert police, birds, Homer, how to get lost, and why I liked it so much.