Haphazard.  That’s how I see my rather chequered life.  Nothing was planned.  I had no great aims, no target, no ambition.  Looking back and trying a bit of self-analysis – dangerous! – I reckon that for much of the time DP’s semi-conscious mantras were ‘live for the day’, ‘keep it varied’, ‘when it’s time, move on’ and ‘keep moving’.  Not for me a label – solicitor, doctor, accountant, astronaut, Prime Minister (not the only way I differ from our current office-holder!).

Thirty five years after leaving college those largely unplanned years became rather an asset.  I was an independent consultant.  Employers sent me their middle and senior executives for personal coaching for performance improvement or because they’d been made redundant.  Whatever their circumstances my clients were normally suffering from insecurity, worried about the future.  In one-to-one sessions we often explored ‘coping with uncertainty’, ‘managing ambiguity’.  Most of them had pressures that I never had – families, mortgages, other financial commitments as well as clear ambitions, targets and so on.  Some were in a really bad shape, not knowing what to do next.  I gave a few examples in the 3 June 2020 blog post “Back to Work”

Talking quietly with someone who had lived for so long with uncertainty, with the churning stomach, in the semi-wilderness, and meeting occasional serendipity, did help them to relax, to trust me, and to open up their deeper fears.  It wasn’t a case of DP saying “I’ve got all the answers”, as so many such consultants claim.  We travelled the Journey of Uncertainty together.

So, a haphazard working life.

I’ve done the same with the blog.  It could have been a plodding year-by-year record of each of the 52 years from graduation to today.  Tedious.  Much better to wait for something to trigger a memory and then get it into writing ‘fresh’.  So that’s what I did, jumping to and fro: Saudi Arabia to Sudan to UK exec to Libya to Cambridge to Sudan to exec to Libya to Cambridge to Saudi.  No pattern but rather more interesting I think.

It left a few readers confused however.  What’s the chronology of David’s life?  In the “Tidying up” blog of 16 October this year I said we’d add a timeline.  Tim’s done it.  It’s rather more sophisticated than I’d expected but here it is – see the tab at the top.  Glide through the DP life as you wish. 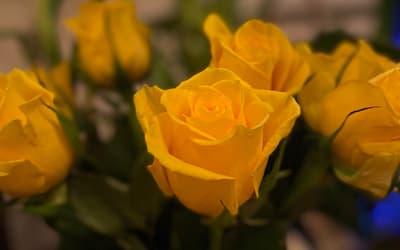