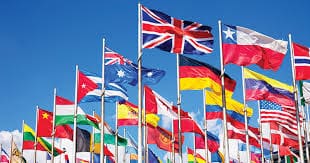 Here’s a thought!  With my grand lordship of land in Scotland (blog 6 July), what happens if Scotland does secede from our United Kingdom?  Can I claim Scottish nationality?

Just done a quick google of my name and found this: “The surname Peace was first found in the Orkney Islands, where they held a family seat from early times and their first records appeared on the early census rolls taken by the early Kings of Scotland to determine the rate of taxation of their subjects.”.  In fact many years ago an old friend told me that when she lived there she noted a number of families with the name.  I’ve no known connection, but anything’s possible ….

Did another brief google, about Scotland’s plans for identifying who can and cannot claim nationality.  So many different categories, and not worth any detail in a shallow blog like this, but here are some:  British citizens habitually (to be defined) resident in Scotland; British citizens born in Scotland but living outside of Scotland; those born outside UK to parents who claim to be Scottish by family background (and if so, one or both parents?); citizens of any country who have parents or grandparents living in, or habitually resident in, Scotland … and so on.

So what about the nobles, then?!  The landowners?!  People like me with my own estate there?!  Will my precious plot end up in a country the citizenship of which I’m denied?!

It’s all a bit of fun of course, but it set me thinking of possible parallels elsewhere, where there is or has been a push for secession and the formation of new countries.  The Catalans – how are they defined?  What were the criteria adopted by the former parts of Yugoslavia, now all independent countries: Bosnia-Herzegovina, Slovenia, Macedonia, Serbia, Croatia, Montenegro?  In fact, hypothetically, what sort of criteria might apply should an American state secede from the Union?

These days we have, for better or worse, the concept of gender self-identification: if you say you’re this gender or that gender then, so the claimants claim, you are that gender irrespective of whether you display genetic or other physical characteristics more traditionally associated with that gender.  Could it be the same with the formation of new states?  Could it be that if someone says they’re Scottish, then so they are?

No, that’s nonsense of course.  This little bit of thinking though has raised in my mind the idea that should Scotland actually move towards a referendum on its future, perhaps there should be two separate votes, the more important earlier question being: “If Scotland were to secede, would you apply for Scottish citizenship or not?”.  The height of absurdity and embarrassment would be for the country to secede and then find that it did not have a viable number of citizens to turn secession into economic success.

I’m rambling.  Constitutional lawyers and other experts will have answers.  Or at least they’ll have better and more informed questions.  But isn’t it natural for a landowner to question how his estate will be treated?  Especially someone with probable family connections recorded in the censuses of the early Kings of Scotland?

Finally, if anyone’s reading this and thinks I’m serious, do read or re-read the 6 July blog.   Just wanted to add a bit of humour ….. and to let you know I’m still chugging along.