Before Oz was Oz … 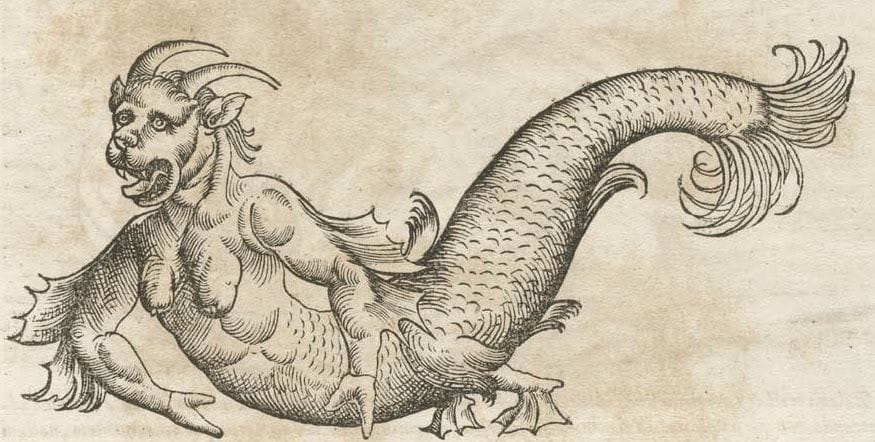 I mentioned that I like old maps.  I own a few.  They’re mostly of lands where I’ve lived and worked, mainly in North Africa and the Middle East.  What was the attraction?  I used to pore over them, looking for stories and then thinking of my predecessors, those westerners who had visited or lived there centuries earlier, and the cartographers who had tried to reveal to a curious world everything that was known at that time, often including wild guesses and fantasies such as the delightful sea creature above.

Each map has stories to tell.  Here’s one, but it’s an exception.  Yes, it shows those countries, my old abodes, but for me the real interest is in the bottom right corner, a large island coloured yellow and called ‘Nouvelle Hollande’.

It was 1644 when Abel Tasman, from the Netherlands, sailed in to the west coast and named it after his homeland (actually ‘Holland’ was, and still is, only a part of what we now know as the Netherlands).  The Dutch had visited years earlier but they never settled there, before or after Tasman.  It took another 120 years before the British started settlements on the east coast, which they named New South Wales.

I’ve just done a quick internet browse, and was surprised to find this: “New Holland continued to be used semi-officially and in popular usage as the name for the whole land mass until at least the mid-1850s”.  Who would have thought it?

This map does have other stories to tell though, at least to me.  From 1969 to 1971 I lived and worked in a small, rather ramshackle township called Sennar on the Blue Nile in the Sudan.  It’s named on the map!  How come?  It’s because for about 250 years from the early 16th century it was the capital of the Sultanate of Sennar, the Funj Sultanate, stretching into Ethiopia and Eritrea.  The sultanate weakened and then finally collapsed in the early 19th century.

So let’s be curious.  What is this document?  It’s French, but there aren’t many other clues. There’s no date or cartographer name on the map, although it does show that it’s page 24 of some publication.  It must have been produced when the Funj Sultanate was still active, but that stretches over a long period. The map might have references on the back, but it’s framed and I don’t want to take it out.  If it’s part of a book the other side might be full of text, which could help; but if it’s from an atlas it might be blank. So I’ve drawn a blank.

You can help!  There’s a lot of detail there, in many countries.  You might have knowledge of them in a way that I don’t.  Can you find clues?  This is how to do it:

Just click on it.  It will open in a new page.  With the mouse, click once to magnify, then click and drag to the area you want to see in more detail.  Search the world.  Do a Sherlock act.  Have I missed something?  Any clues?  Any answers?

← PREVIOUS: Back to Earth NEXT: Fact? Rumour? Fantasy? →