Just a matter of time …. 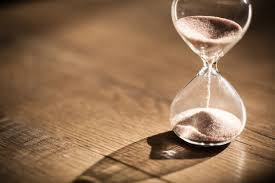 Yes I’m still around.  Got back home last Friday night the 16th, and then something unexpected happened.   A tiredness hit me, exhaustion beyond anything ever experienced before.  No energy to do anything.  Very very unusual for me.  Spent the last three days sleeping, resting, reading and, as you might have noticed, not blogging.

I’m guessing it’s the accumulated physical and psychological wear and tear of the last four weeks: being mentally and medically prepared for two operations, actually being laid on two operating tables, plugged in to various pipes and cannulas and receiving further injections just before the surgeons got to work on me; and then finding that the first couldn’t proceed, and then that the second couldn’t either.

I thought I’d come through it all rather well, and I still think so, but the body must have decided to park the increasing stress and strain in dry dock and then launch it all as a “Welcome Home!” present when I got back.

Whether anyone believes it or not, I hate talking about my health.  In normal times, if anyone ever asked me how I was I’d always reply, “Fine, thanks”, even if I wasn’t fine.

Similarly, although this blog was started partly because of the illness, the MND/ALS was always to be in the background: I felt that there were more interesting things to write about.  Looking back, in the 136 blog entries so far I reckon only about 20 have been dedicated to the illness.  Which is why I hope today’s will be the last for a while.

In the last four to five weeks what happened and why it happened might have confused some readers, so here’s a summary:

1. The mouth and throat muscles are almost completely paralysed.  Speaking is now very difficult but the important thing here is that the muscles that allow me to swallow have almost stopped working.  With difficulty I can swallow liquids, but solids are impossible.  I’m relying on special high calorie liquid meals.  When the swallowing finally stops the End Will Be Nigh unless the surgeons can insert a feeding tube into my stomach so that the liquids can be syringed in.

2.  I’m under the care of the National Hospital for Neurology and Neurosurgery (NHNN).  Obviously it’s specialised.  It has resources for operations largely centred on the brain.  My problem is caused by the brain, where the messages to muscles (in my case the mouth and throat muscles) are dying, but they can’t stop that – there is no treatment or cure for MND/ALS.  A feeding tube requires surgery to the stomach and is used for patients with all sorts of more general illnesses not linked to neurology  – cancer, accidents, eating  disorders, comas and suchlike.  So it needs a more general hospital.

3.  University College London Hospital (UCLH) provides health services to the general public with a full range of operations including feeding tubes.  It’s about 10 minutes’ drive from the NHNN, so the NHNN prepares the patient (cannulas, tubes, other plug-ins), and arranges ambulance transport to UCLH and later back to NHNN to recuperate. For the PEG the whole thing lasts 2 – 3 hours.

4.  So on 13 September I was taken into the NHNN, the plan being to drive me the next day to UCLH for the PEG operation and bring me back for recuperation and training on how to manage the tube.  The operation required me to be sedated.  In fact, very unusually, it knocked me out and I awoke to find I’d been strongly resisting the surgeons, so they could not proceed.  The PEG is the most robust and more easily-managed feeding tube, but alas it didn’t happen.

5.  On 12 October I was admitted to the NHNN again, the plan being to drive me to UCLH and back for a RIG operation which didn’t need sedation, just a local anaesthetic in the stomach.  Again I was on the operating table with everything plugged in plus a pipe through the nose and down to the belly. Then they found that the stomach was unusually high and was actually behind the rib cage, so they couldn’t access it.  So, off the operating table again and back to NHNN for everyone to scratch their heads trying to work out what to do next.  And remember that day by day my ability to swallow is reducing and reducing.

7.  Almost everyone has a PEG with just sedation.  The reason the medics of both hospitals prefer it is that one can be driven back to the NHNN a short while after, and it doesn’t take up a UCLH recuperation bed.  The same for the RIG.

8.  The major problem with a GA PEG is that it needs four or five days of recuperation in UCLH itself.  At the best of times that hospital is under great demand for treatment and operations and beds for all sorts of illnesses.  Right now, with Covid-19 and government pressure, there’s an even greater demand and many many sick people are having their operations cancelled, postponed sine die (that’s yer Latin for “with no date forecast”).  I was told that UCLH will do only one GA PEG operation per month and that, unsurprisingly, there’s a wait list.

9.  The upshot is that unless there’s a sudden cancellation, or unless the NHNN medics can persuade UCLH that this is a real emergency and can justify over-riding the needs of their other patients and Covid-sufferers, yours truly might not have the operation for quite some time.  And day by day my ability to swallow is reducing and reducing.

10.  So that’s it, I’m waiting to hear when or if the GA PEG op can go ahead and, if so, the date.  It might not go ahead though: when they see the X-rays and other data it’s possible they’ll conclude they can’t do it because the stomach is out of reach behind the ribs.  I gather there’s a hope that they can move the stomach a little to allow access – which doesn’t sound too easy to me but I must trust that they won’t dedicate precious time and resources for a procedure that is too risky.

We wait and see.  In one sense I’d like to do a few more blog posts on non-health matters, but the clock is ticking so if something good happens, such as an operation date very soon, I’ll let you know.