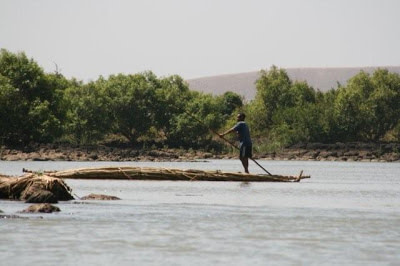 The last 80 blogs have described a number of sticky situations, some rather humorous and some rather serious:  wild dogs, rats, a mad pilot, police, Checkpoint Charlie, the Garden Party suit, the security services, remote trekking, an illegal church, the African army, the bayonet, becoming a mule, rescuing bottles, losing a wheel, flattening the heir to the throne …..  and there might be more to come.

Did some thinking yesterday about fear, real fear.  Some of the experiences above were troubling and worrying but I seem to remember being optimistic that they could be handled.  But had I ever experienced real helpless fright?  Circumstances where, if it went wrong, there would be no chance of protecting myself or being protected?  Two sprang to mind.

Ethiopia, summer of 1970.  With friend Malcolm at the end of the first Sudan year.  We’d left Juba (blog 7 May), had taken a look around Uganda, Kenya and Tanzania including Zanzibar, and were now going from site to site in Abyssinia.  Location: Lake Tana, 1300 square miles of water, 6000 ft up in the mountains, the source of the Blue Nile.  The lake is famous also for its churches, some of them on the 30+ islands.  We decided we wanted to visit one, and we did.  How to get there?  By tankwa.

The tankwa is a narrow raft of reeds, floating with just a few inches above the water.  Larger ones able to take up to six passengers.  The ferryman stands or sits with a pole – rather like a punt pole but with a paddle at the end – and he slowly paddles

the raft to the destination.  On that day we were the only tourists.  Our tankwa was small – it could hold just two passengers, one behind the other sitting motionless.  Having agreed a price, gingerly we walked on and carefully sat down, knees bent – that’s me on the right.  He stood behind us, gently pushing us away from the bank.  Slowly we drifted under his control into the huge lake.  Some minutes later, he stopped.  Water, water everywhere, and nowhere near a church or land.  He said something, presumably in Amharic.  Malcolm and I, nervous of unbalancing the thin craft, managed to turn our heads to see him.  He looked terrified.  The paddle was out of the water.  He was rigid.  He pointed.  We turned back and looked forward.  Moving towards us were two eyes and a snout.  Can’t think of a better description.  Either a crocodile or a hippo, but neither of us then or later could decide – what experience did we have, anyway?  So we all froze.  The thing slowly came direct towards us.  That was when real fear set in.  When just a few yards away, the eyes and snout disappeared under the water in front of us.  I managed to draw the knife that I always carried (still have it at home) but it would have been futile.  Serious heart-thumping, and there was nothing, absolutely nothing, that we could do.  So we waited.

And that was it.  We couldn’t look back to see where it surfaced.  The ferryman stayed frozen for a minute more, and then started paddling again.  I’m guessing that the whole little episode took five or six minutes – not long, but it was a long time to be deeply aware that serious danger was approaching and that we were helpless.  If it had gone wrong it could have gone very wrong.

The other experience of deep fear lasted around two whole hours and was high up again, up a volcano in a very different part of the world.  That time I was completely alone.  Tomorrow’s story.  As a taster though, here are bits from the detailed travel guide that I had then and still have:

“Life is very poor in these mountains … probably the most aggressive, money-hungry people in the whole of xxxx …. being inbred they are not very pretty to look at …. in fact they scare the shit out of you …. dishonest people with a real streak of meanness ….. lock up your motorbike … they could steal the key and try to sell it back to you …. if you stop on the road they crowd round and turn your key off and hassle you …. if you get into a price-disagreement with them your tank could be filled with sand ….  the food is not fit for pigs …. if you get lost don’t expect anyone to show you the way without payment …. after bargaining intensely for an extra low price they could take you there, drop you off, then suddenly jack the price up to take you back …. if you don’t go along with the new price they leave you there …..  you’re not really welcome in the village, you’re an intruder … don’t stay overnight if you can help it, it’s cold and scary …. there are a lot of money-hustlers …… xxxx has more angry dogs per square metre than any other place.”

Well, I can tell you that’s accurate.  I didn’t take a motor bike: I did it in a rickety old jeep with canvas sides and top.  No security and no one to help.  More tomorrow.