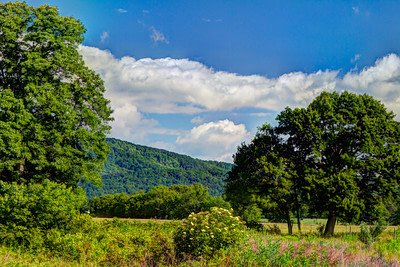 Is it my imagination?  Has climate change virtually disappeared from our daily menu?  And environmental issues?  Is the current pandemic crisis smothering them?  Force majeure?

Quite rightly we’re focussing on the virus but is anyone asking about the billions – it must be many billions – of single-use Personal Protective Equipment items worldwide, and what happens to them after their single use?  This must be the biggest global mass-production of (possibly) non-biodegradable items in history. So where will they go?

And food?  Paradoxically is this the time when we should be telling suppliers to provide as much food as possible in well-sealed packages?  Raw food – fruit, vegetables, salad items and so on – is often touched by customers and then left, to be touched by others, and then perhaps by others, before it’s bought.  I’m no scientist but isn’t packaging safer during a pandemic?  I have no real idea, but it seems likely.

In the news yesterday David Attenborough reminded us again that humanity is facing the last chance to change its behaviour to avoid catastrophic damage to the planet.  So what should we now be doing about that?  Is there now another great moral and practical conflict – thinking also of yesterday’s blog – between the immediate and the longer term?  The immediate global measures (mass production of PPEs, mass packaging) needed to save lives now, and the immediate global measures (major reductions in plastics and packaging) needed to save the planet in future?  What is the right moral way?  What’s the right practical way?  Or perhaps there isn’t a conflict at all.  Perhaps the answers are obvious.  I’ve always been an optimist – a ‘glass-half-full’ sort of guy – so I’d like to know.

Perhaps this blog should have been interactive so that we could debate such things online.  But no: I did that about 15 years ago; it developed a huge amount of stimulating controversy; and it took over my life, requiring hours of arguing at the keyboard every day.

One needed so much patience to do that sort of blog.  As someone once said, “Always be tolerant with those who disagree with you.  After all, they have a right to their ridiculous opinions”.