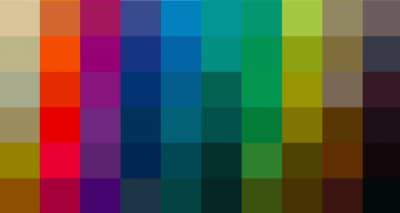 This is topical.  This is risky.  Could get me into trouble.  It’s about skin colour.  And differences.  And how to deal with the differences.  Dangerous territory.  Have to tread carefully.

Barbara had invited me to her house in a very large compound, for some socialising and then dinner with all the trimmings – truly all the trimmings.  “Come by at 11am”, she said.  So I did.  It turned out there were four of us: Barbara, Samuel, Gunter and little me, all good friends.

A few drinks – and even tea and coffee if we didn’t want ‘drinks’ – and well-wishing and chat, and then she looked at her watch and said she’d like to give us our presents.  We sat, waiting.  “Get up”, she said, “and follow me”.   So up we got, and follow her we did, out of her house, along a couple of streets to another villa.  She rang the bell and Mary, whom we did not know, welcomed us in. “Merry Christmas!”  What on earth was going on?

Another drink for each of us, and then Mary led us to another room.  It wasn’t large.  One whole wall was mirrored and illuminated.  Against the mirror was a wall-to-wall desk.  At the desk, facing the long mirror, three chairs.  “Sit down,” she said.   So Gunter, Sam and I sat down, uneasily, looking at each other in the mirror.  Mary and Barbara then explained.  The three guys inwardly groaned.  “Oh no! Surely not!”.   But it was Christmas, and a Christmas present, so we put on brave faces, those brave faces, inwardly groaning, that we could clearly see reflected in front of us.

The embarrassment!  How long would it last?  In fact the embarrassment lasted about three minutes.  It then became fascinating, absorbing, developing a new sensitivity.

Sam, an American petroleum engineer, was black, Gunter was Pakistani/German, and I was white.  Mary had a large stock of plain coloured fabrics, all colours of the rainbow and well beyond the rainbow; and multiple shades of each.  They were for our shoulders.  She would put a blue on Gunter and ask our opinions.  Did it ‘enhance’ him?  No.  Well how about this shade, slightly paler?  Not really, has to be darker. OK this one, a little darker?  No, still darker.  OK  And this?  Ah. That really makes an impact.  And greens and yellows and reds and creams and greys and pinks, and far more.  And for Sam.  And for David.  Backwards and forwards on our shoulders, colours and shades and nuances as we commented on ourselves and on each other.

It certainly wasn’t what we’d expected.  And it certainly wasn’t a relaxed start.  Three embarrassed men, as I said.  But after a few minutes we looked at each other – easy, in the mirror – and realised that this was truly fascinating.  Absorbing.  Sensitising.  So unashamedly, with real interest and a lot of laughter, we went through the whole range of colours, the palette, identifying those slight variations that made such a difference to the native skin tone.

Each time we settled on a shade that seemed to truly enhance Sam or Gunter or me, Mary would provide a small swatch for us to take away.  I still have mine, thirty pieces in a neat case.  The idea was that whenever we bought clothes we should take them with us.  Only choose garments that match those shades.  End up with a wardrobe of perfectly colour co-ordinated items, the whole ensemble giving impact to our individual native hue.

Mary had a franchise. My little case of swatches is titled ‘Man For All Seasons’.  We’re now almost 40 years on.  Have I used it?  No.  Frankly I couldn’t see myself showing it to shop assistants.  Was it a wasted present, then?  No.  Some new learning.  A new colour sensitivity.  And for we three a surprisingly enjoyable and memorable Christmas.   Guess what we talked about over the dinner table.

So there we are: skin colour, differences, and one way to treat them.  Wasn’t offensive, was it?