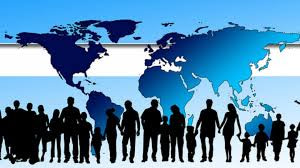 One of the advantages of skipping to and fro between different periods of my life, different roles, different adventures, is that someone will say, “Hey, tell me more about that!”.  On June 11 it was the story of the Cambridge Society of London (CSL).  On the 16th the Fellowship, and then a little on the St Catharine’s College Society (SCCS).  So now, by popular request –  just two – the rest of it.

2006, a few months after our 1966 40-years-on reunion, saw me joining the SCCS committee.  Here’s a summary of what the Society did and does, lockdown allowing.  Globally all 8000+ who have completed a degree in the college are lifetime members of the SCCS.  The Society organises social events throughout UK and Ireland via eleven branches, each run by a Chair, as we say these days.

It gives grants to students from its own funds.  It compiles an annual magazine, which doubles as the college’s magazine.  It organises an annual reunion in college for all members.  It stays in touch with next-of-kin.  All the people who run it are unremunerated volunteers.  The central committee meets three times a year in college followed by dinner and an overnight stay if required.  The annual reunion includes a seminar, the AGM, Evensong, a drinks reception and a black tie dinner with speeches.  One of the items on the AGM agenda is the re-election pf the committee and the election of a President, the titular head of the Society: the presidency lasts for one year.

So I settled into a comfortable position: living in London, returning to my old college three times a year for committee meetings and dinner, happy to cast pearls on any topic, and with no further responsibilities.  And yes, there were similarities to the Cambridge Society of London, which I was also helping in the same relaxed way at the same time.

Three years later, out of the blue, the Presidency for 2010-2011 was offered.  Taken aback, I said, “I’m not sure”.  Taken aback, the President of the year took me to lunch in his London club – and why not?! – and gave assurances that it was a light load: just a matter of attending some branch events and making a speech at the reunion dinner at year end.  OK.  A year of some fun.  Will do.

So September 2010 to September 2011 was the Peace presidential year, and it was enjoyable: not a heavy load.  The Reunion in 2011 saw old friends attending …. probably hoping I’d make a mess of the end-of-presidency speech.

The most burdensome role in the SCCS was that of the Secretary, who kept track on all of the activities, participated in many, organised the three committee meetings, helped with the grants, contributed to the magazine, and much more.  For the previous eight years the position had been held by a Canon of Ely Cathedral, a lovely St Catharine’s man then in his 70s.  Come 2009 he felt the time had come, so he announced his resignation and gave a year’s notice – the year of my presidency.  With the Chair we put together a job description, included it in the magazine, and asked everyone to look around for a replacement.  It was difficult.  Towards the end of ‘my’ year the Chair asked if I would take it on when I stepped down from being President.  This was an unusual transition and a difficult decision for me, but in the end I agreed; it was put to votes in committee and in the AGM; and the deed was done.  In effect the President made his farewell speech one evening, went to bed, and awoke the next morning transformed into the Hon Sec.

Well the next eight years were busy to say the least.  At the same time as taking on the SCCS Secretary role, 64-year-old David became Secretary and then Chair of the CSL (blog 11 June).  By last year, when I left both roles, we were running at 35 SCCS events around UK and Ireland, and 26 CSL events in or near London, all run by volunteers. The SCCS ones included sports attendance,

wine tastings, country house visits, theatre and opera evenings, lunches and dinners with college speakers, museums and galleries tours, drinks receptions, garden parties. Then we were giving over £8,000 to students. and helping with career advice, and contributing to the magazine, and maintaining a website and keeping in touch with the 8000 members.  The benefit to the college was significant: all of this was being done by volunteers at zero cost, and the result was a continual drip-feed reminder, locally around UK and Ireland, of their old college.  Very many, like me in earlier years, had no plans to visit it, but relaxed local events did renew their interest; and I know that as a result many found their cheque books when the college asked.  It was the same in London: when the University asked, the Cambridge Society of London through its social events had fertilised the ground.

So, social events everywhere!  And there was little me, a would-be recluse, hermit, loner, busting a gut in the SCCS to: manage committees of volunteers; gather all info about what was happening where; organise different types of student grant and bursaries every term; write to recent next-of kin annually; work with the Treasurer on finances; organise meetings and paperwork; arrange accommodation and food; manage a complicated Reunion, more like a conference than just a get-together; report upwards to the SCCS Chair; liaise with the college itself; and generally trouble-shoot.  All the time oozing charm and goodwill, naturally.

With the end of the consultancy work there was some free time.  Much was spent in London on CSL work but I managed a day in college most weeks, checking SCCS matters with the magazine editor, meeting college officials, going through grants applications, and – importantly – raising the Society’s profile with the academic fellows.

Busy though it was, it was also stimulating and enjoyable.  Volunteering, if respected, can do so much good for the organisation it supports.  By and large the college people were very helpful and appreciative.

Although unremunerated I felt I should contribute something financially, preferring as ever to ‘do it my way’.   So I identified a need in the Chapel; the Chaplain agreed; and a four-figure sum settled it.  Then, as a bit of fun, I proposed a competition for students with prizes from the Peace funds totalling a smaller four-figure sum annually: it was to identify talented artists who could draw or paint caricatures of the Fellows.  Dangerous!   But the Governing Body agreed under certain conditions; it kicked off; and prizes were duly awarded.  It didn’t go on for very long though … not sure why.  In similar vein I offered prizes for humorous, inoffensive limericks on any college theme, but that wasn’t approved.  Well, I tried.

One could write more about helping to run the SCCS – and this writer could and perhaps will write much more – but that’s enough for now.

One day, in the middle of all of this, the then Master walked into the Society office, asked me to step outside, and the rest is the story of 16 June, four days ago: the award of Fellow Commoner status.

At which point, thank you for those who said they don’t see me as common.  It’s not that type of ‘common’!  When the college was founded in 1473 there were just four academics: the Master and three Fellows.  Reputedly there were also a few Fellow Commoners attached to the college in some way (perhaps they paid more for tuition).  The important thing was that they shared most of the Fellows’ rights – in common.  A main benefit is access to the SCR, the Senior Combination Room.  Hastily and proudly therefore I emphasise that the FC status has a far greater history than that of mere Fellow Emeritus or Honorary Fellow …. though others might see it differently.

By early 2019 I’d decided to bow out, so like my predecessor the plan was to give a year’s notice at that September AGM, leaving September this year, 2020.  Including the presidency, nine years had been enough.  We had achieved much, and I felt it was time to move on. Then in July the MND/ALS diagnosis.  It was obvious that the timescale wouldn’t work, so bow out I did, though rather early, while helping a few people to take on different parts of the duties pending a successor.

None of these things  – Society President then Secretary, the Fellowship, the weekly visits, the lunch and dining rights on High Table, the invitation to special college events and so on – were expected and they were certainly not what I’d planned when joining the committee after the 2006 reunion.  But they were welcome and they added a new quality of life to the years of really hard voluntary work.  Lunches, evenings of gown and hood, fine dining and wining, and excellent conversation – where frankly I found I could contribute as much as any academic – provided much relief.  Another unpredicted set of experiences.  No regrets, and much pleasure.