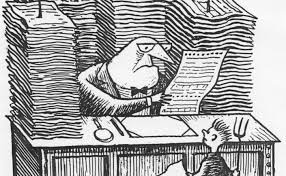 It was a bit busy in the Peace household yesterday so this will be a short blog with a longer attachment.

Subject: Bureaucracy.  Current link: The pandemic, and expatriates’ final departure back to the homeland.  Tenuous past link: no pandemic, but this is how final departures were done in the Sudan, 1971.

Not the most interesting of topics you might think, and I would agree with that, but I’ve been going through the archives, found a document, and thought it might amuse.  A quick read reveals another world, half a century ago.

It was said that the Sudan was the most bureaucratic country in the world, more so than India by all accounts.  The British had lowered the flag in 1956, bequeathing to the fledgling Sudan Government detailed colonial administration systems and processes.  In the following 15 years Khartoum politicians and civil servants had added more incrementally, mainly as bolt-ons rather than by reviewing and starting afresh.

We VSO (Voluntary Service Overseas) early-twenty-somethings were required to do the Final Departure mechanics ourselves, in person or in small groups.  It meant winding through a labyrinth, going from ministry to ministry, office to office, with passports, visas, bank accounts, tax certificates and government forms.  Think Kafka.  The British Council, which took responsibility for us during our time there, helpfully provided notes and a flow chart.  That’s what I found yesterday and here it is: SUDAN DEPARTURE 1971

It’s boring – or amusing, depending on your view.  It might be worth a quick read.  We were doing it in the heat of the summer, working against a departure date and meeting heavy bureaucracy and at times lightweight bureaucrats, some of whom were – let me put this politely – less efficient than they might have been.  An example: one day I returned to a ministry office to retrieve my passport, very unwillingly left there two days earlier in order for them to stamp it in some way. They couldn’t find it.  That was frightening.  It’s not often in my life that I’ve really lost my temper but that day young David was shouting – rather startling even to me – and I threatened to jump over the counter to search for it.  I didn’t do that.  They did find it in the end: it was on the floor propping up the leg of a wobbly desk.

We made it.  If you do read the attachment – two pages of foolscap notes followed by a flowchart – the details are unimportant.  It’s there just to indicate how difficult it was then, compared with now, for expats finally to repatriate.  Actually I’ve made that assumption without proof.  Perhaps nothing’s changed.