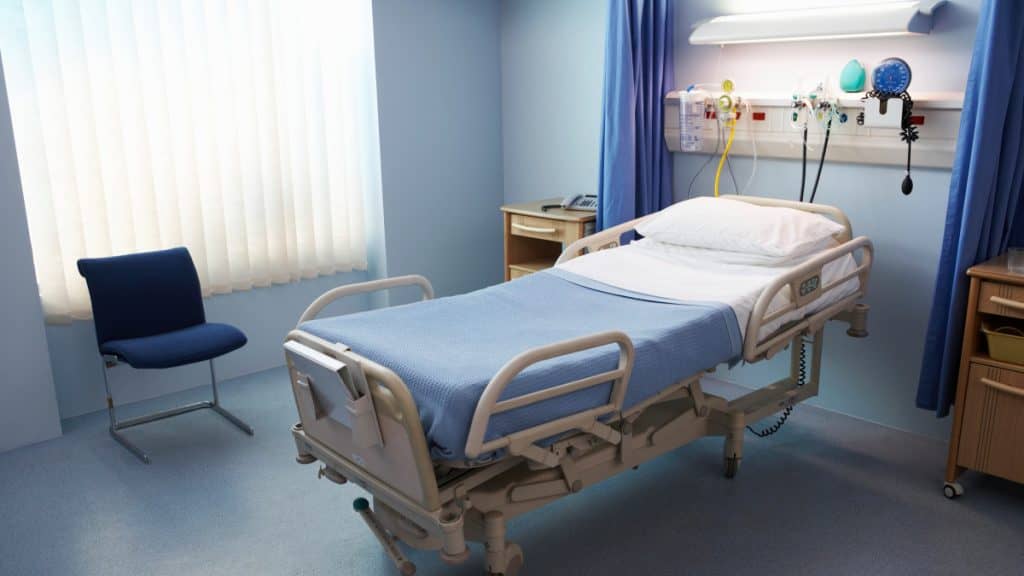 What a pleasure to be in hospital just for one night, knowing that nothing unpleasant is going to happen, with very friendly staff and a specialist ward doctor prepared to give a lot of time to the patient.

I wrote the previous blog at about 8pm on the 17th.  Two hours later, time for bed and lights out.  So they connected me to the monitoring machine by a thin cable with some sort of attachment to the right ear lobe.  After that, all I had to do was sleep.  They said they’d have to read the data every hour, entering the room and standing by the bed.  Didn’t sound very helpful to me, a fairly light sleeper, so they moved it to a small internal window nearby so that they could read it from the corridor.  Good!

They didn’t tell me that every few minutes the machine would glow bright orange and beep.  Odd.  A bit disturbing, but I’d brought a sleep mask.  After the three hospital experiences last year I encourage everyone to take one if they’re staying overnight, and also ear plugs because so many contraptions beep and ping and burble.  So, off to sleep.

The beds are narrow.  Not much room to change position.  Nevertheless I must have moved in some way because half an hour later the ear thing came off.  Called the nurse.  Reattached.  Back to sleep.  It happened again.  Called the nurse.  Reattached.  Sleep.  Then it happened a third time, around 02.30.  By this time DP was getting rather grumpy.  If I were the nurse I would have been too.  This time it stayed on however.  Four hours in the arms of Morpheus, and then the inevitable blood pressure check.  A new day.

Had it worked?  Enough data?  Or had the machine said, “Here we are again!  That man Peace drifting off and playing games in his comatose state, just like last September!”.  I do have form, you know.

All was well. The Respiratory specialist arrived in the afternoon, confirming they had all the data they needed, and it indicated that the body was processing oxygen and carbon dioxide at the correct rate and levels.  Lungs not 100% but not too bad.  This test was supplementary to the assessment for the cough-assist machine though.  It turns out that because I’m still struggling with some mucus in the throat it’s not safe to use the proposed machine as it might actually push secretions down into the lungs – definitely not advisable.

It also fitted with a most impressive hour and a half in the morning with the hospital’s physiotherapist and speech and language therapist, both looking at different techniques to stop a cough once it’s started, and to minimise secretions.  As they all say, this is a most difficult symptom.  The illness affects everyone differently, and the techniques work for some and not for others.  I’d hoped for the machine, but with new advice and techniques it sounds like we might be able to get the mucus under control in a safer way.

Then half an hour with the very positive Ward Doctor, and mid-afternoon out of the hospital with plenty of advice and an agenda to experiment with all the things they’d suggested.

That’s it.  Nothing dramatic to report.  More trial and error at home.  Could have been worse.  They did let me down in one sense though.  No chauffeured Merc for the return trip.  Came back in an ambulance.