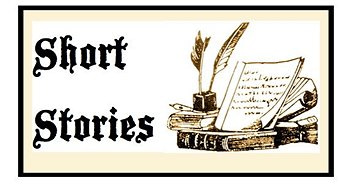 When the Peace brain is racked, trying to decide what to write about next, one resort is the mini-topics listed in the blogs of 11 and 27 May.   They amused me, so I hope they’ll interest others.  Here are three from my years in Saudi Arabia, 1976 – 1987.

First: Yes, I put more than 100 people in prison without trial, on my decision alone.  That’s the headline and here’s the detail.

The Commandant of the Saudi Air Force Institute was running out of officers.  With some 2000 cadets under training and living in barracks, he was struggling to maintain discipline.

This was the time when I was still Chief Instructor of the RSAF School of English, then with around 100 teaching staff and 1000 cadets.  His answer was to give the British staff badges, each with stripes corresponding to various military ranks.  He felt that would enable everyone to understand our status, to add some respect to these quasi-ranks, and thereby to reduce indiscipline.  My badge showed three broad stripes: Wing Commander; and I was given disciplinary powers.

Actually there wasn’t so much indiscipline.  The main problem was tiredness: cadets would come to lessons and many would be exhausted.  Sitting at a desk for hours trying to learn a foreign language wasn’t the most stimulating of activities.  Why they were so tired we didn’t know, but it must have been something to do with life in the barracks.  They would go fast asleep in class, and as a result our British teaching staff would get into trouble: they were regularly inspected by the Pakistan Air Force and blamed.  It had to be stopped.

In brief then, at the end of each week those cadets who had disrupted lessons in any way, including by sleeping, would be brought to my office and I would send them to prison, the military prison on the airbase where we worked.  They would be there for the 1.5 days of weekend.

This wasn’t so serious.  By and large they understood the situation, and I never found any resentment.  It seemed that prison life wasn’t so bad.  And some relished the prospect, saying that they could sleep better in the prison than in the barracks.

Thus quasi-Wing Commander Peace imprisoned a hundred or more without trial.  Whatever the details, I do like that headline!  And I sometimes drop the ‘quasi’.

Second: then there was the matter of evading the police, yet again.  My social life was centred around two locations: the BAe compound where I lived, and the huge compound owned by another company about four miles away.  I’d drive to the big one, there and back, at least once a week.   For ‘social’, read  ‘church, parties, food and alcohol’.   I resigned and gave notice in early 1987, and during the final two months some nervousness crept in.

I calculated that I’d driven back to my compound almost 800 times in the eleven years, a high proportion of those journeys with some form of C2H5OH in the blood.  On occasions I’d sensed a police car following.  Had I been stopped the results would have been awful, especially given my position in BAe and with the RSAF.  So the answer had been to turn off the road, turn off the car lights, go into side streets if possible, and then  .…. well, rather stupidly I’d just sit there.  It certainly wasn’t clever, and it could have gone horribly wrong, but it didn’t.  That’s why I was so nervous however: could I make it to the end without being caught?   No intention of avoiding the ‘social’ events, but very aware that nothing should go wrong on the final stretch.  Well, fortunately nothing did go wrong.

And finally: Her Majesty.

The Queen visited Saudi Arabia in 1979.  We knew she was coming; we knew she’d fly in Concorde, and we knew it would land at Dhahran airport near our airbase.

So we broke the rules.  We stopped some lessons, and as many of the Brits as possible went outside to watch Concorde come in.  I think some of us got onto the roof at that time also.

My memory is a little vague on this but I seem to remember that the Saudis had to categorise her as an honorary man so that she could meet the king.  The story also went that she and Prince Philip were annoyed that the car taking her to her first appointment raced through the streets at great speed – there were crowds but the car passed them in a flash.  The one thing I do remember very clearly however is this:

A few days later, as the sun was setting, the word went round the expat community: Get to Dammam port!  Why?  We were told that Britannia, the Royal Yacht, was there and she would be on it.  With no idea how this would end up, car loads of expats drove the 21 miles/35km through the darkness to Dammam and parked near the harbour.

The guards seems unsure of what was happening, and I suppose we didn’t seem a threat, so we just walked along the quayside, still in almost complete darkness.  Others were already there, and the hull of the yacht was a few feet away, near touching distance.  Not so high above us the rooms were illuminated though we could see little as they were set back, the other side of the decks.

A short while later the gangplank was lowered, and guests walked down to their cars and were driven away.  A few minutes after that the Saudi guards became agitated: British soldiers were disembarking and lining in formation on the quayside.  How could a foreign army be on Saudi soil?  We didn’t know why either, until we saw their instruments: it was a band.  Marching to and fro, and playing British themes, the band of the Royal Yacht beat retreat, traditionally signalling the end to the day’s events (originally military operations).

For the expatriates, so far from home and living such restrained lives, this was rather soul-stirring.  The guards calmed down, retreat was beaten, the band returned to ship, and we were left there, embarrassed and singing the National Anthem.   That could have been the end but it wasn’t.

Quite suddenly lights came on; the nearside deck was illuminated, and the Queen stepped into it, in orange and wearing a tiara, with Philip by her side.  Dazzling.  Spell-binding.  Again, seemingly just above our heads.  Throaty cheers everywhere.  Waves from the couple.  Then we detected a slight movement.  Britannia gently moved away.  Elizabeth and Philip stayed there for some minutes as their yacht departed, for Bahrain, I think.  Hypnotic.

Again, to experience that in such a country, completely unexpected a few hours earlier, forged indelible memories.  No matter what their politics –  monarchists, republicans, indifferent – that piece of patriotic magic must have charmed everyone.  It certainly charmed me.