Do as you’re told! 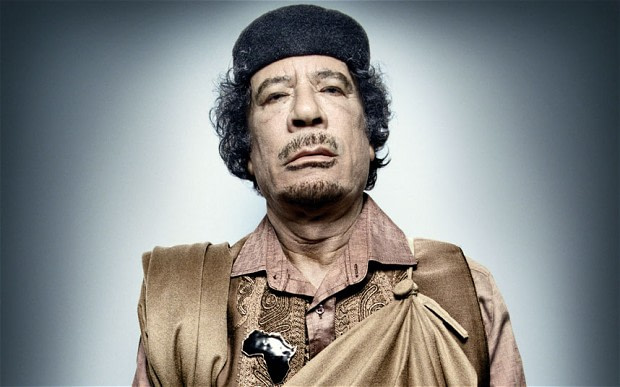 Am I alone in feeling that democracy is on the wane?  More and more countries seem to be succumbing to totalitarian rule.  Years ago it seemed that the liberal democracy model might spread: some South American dictators were ousted; those in what used to be called Eastern Europe were beginning to depart; conceivably some in Africa might stand down; and so on.  Few thought that Russia or China would follow the western model but there was confidence that they could be contained.  Now though, Taiwan is under increasing threat, as are islands in the South China Sea; Hong Kong lives in more and more fear; the Crimea has been taken back; elected leaders on the eastern fringes of the EU are starting to remove civil liberties; and more.

As far as I’m aware our western model has always been adopted in the minority of countries, though many of them were and are very strong and influential – mainly the ones where we westerners occupied other regions by force and stayed there! – but there was hope that the good news would spread around the world. That’s now questionable.

And then there’s the Muslim world, where ‘democracy as we know it’ is hard to find.  I lived for almost twenty years under three different types of Muslim dictatorship. Looking back recently I’ve tried to identify what the distinctions were, if any.  This is very much a layman’s perspective as an ex-expatriate: I’m no political or constitutional expert.

Military: in 1969, two months before we volunteers arrived in the Sudan, the civilian government was removed by an army coup and military rule was imposed.  Colonel Jaafer Nimeiry, leader of the coup, suspended the constitution, banned all political parties, established himself as Prime Minister, promoted himself to Major-General, and two years later was ‘elected’ President.  The army ruled.  We lived under a military dictatorship.

Autocracy : my take on Libya under Gaddafi.  Experts might see it differently but to me, although he styled himself  ‘Colonel ‘ – not a particularly high rank – and though he clearly enjoyed the support of the armed forces, his idiosyncratic nature and his ever-increasing cult of personality demonstrated that he was, de facto, an autocrat.  I arrived just five years after he took over, and in the following almost three years I watched as the Colonel pumped up his muscles, shook them at the world, and showed increasing eccentricities.  It was a very uncertain period and very many wanted him out.  He remained a autocrat for 42 years.  Quite a record.

Monarchy: few countries in the world are named after a person or a family.  Rhodesia was one, and there are a few tiny states and islands, but nothing compares with the Kingdom of Saudi Arabia, founded by Ibn Saud in 1932 and today, almost 90 years on, still under family control: the product of his 45 sons by his 22 wives.  All positions of real power in Saudi Arabia are occupied by blood relatives, some 2000 of them.  I read that the whole family now numbers around 15,000.  During my 11 years we provided training to the various ranks of the RSAF (Royal Saudi Air Force) in Dhahran on the Arabian Gulf coast, with one exception: all the pilots were princes of the blood royal and were trained in Riyadh.  Only the princes could be trusted with real weaponry.  It’s family, after all.

For expatriates life under these three types of dictatorship need not be so bad,  The general rules are the same: do a good job, keep your head down, obey the law.  So in my case, don’t make alcohol (though I did); don’t sell it to locals (which I never did); don’t get into trouble with the police or army (though I did, with both); if you’re not married don’t be naughty with the opposite sex (that’s another story).

From almost 20 years under the three regimes I would say that if there was one specific difference it would be that of uncertainty.  If you obeyed the general rules (above) that was good, but if the unexpected happened it could be very bad indeed, and you never knew when it might happen.  In autocratic Libya unexpected changes could happen at any time, without notice.  Monarchic Saudi Arabia on the other hand exercised tight control and wanted minimum change – stability at all costs – so I don’t remember extreme, sudden changes.  Sudan, very recently under military rule when we arrived, was still finding its feet; the British systems were mostly retained; we were largely unaware of other troubles; but now and then we were faced with the direct instruction: “Do as you’re told!” – witness the letters to rebels, the bayonet, and Juba.

To be a native citizen under military, autocratic or monarchic family rule in such countries can be very difficult because they are of course totalitarian.  Anything can happen to anyone, and there can be little or no way of staying free or exercising ‘civil liberties’  I don’t remember ‘human rights’ being spoken about much either.  Those of us who lived under such regimes did sense the undercurrents, and we knew that both natives and expats had to be continually careful.  I can’t speak in detail for the citizens of the Sudan, of Libya and of Saudi Arabia, but my colleagues and I knew that many of them suffered dreadfully for opposing their dictatorships.

Our experiences stay with us.  Friends from my years in the Sudan and Saudi Arabia still get together regularly, one way or another; and naturally we view the western world through ex-expatriate eyes.  We often say – and we know it’s a truism – that “people don’t realise how fortunate they are to live in a liberal democracy”.  They can’t realise it because they have nothing to compare it with, but to us their cavalier attitude to our many freedoms can be irritating.  But then we’re ageing so perhaps we’re just getting grumpy.

I was going to develop a few more arguments about different dictatorships but, having just read this, I reckon it’s getting turgid.  It’s long enough and is far too serious.  Enough for today.  Something different and lighter tomorrow … if I can think what that might be.