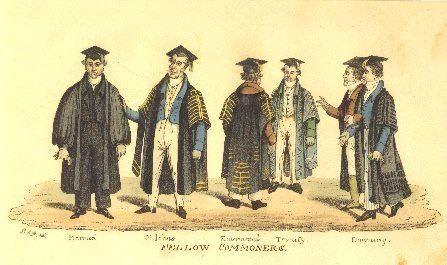 I’m a Fellow of my Cambridge college.  Some will understand that, others not.  I was asked to explain: what does it mean, and how did it happen?  A canter through:

There are Fellows, and then there are Fellows.  Cambridge comprises 31 colleges; they all do teaching and research; the Governing Body (GB) of each college consists of the permanent academics of the college and a few who might not be academics (bursars, chaplains, etc) and they are all Fellows, members of the GB.  There are other Fellows who are not part of the GB, and each college might differ slightly.  My own college, St Catharine’s, has a number of Fellows Emeriti (former college academics who have retired in some way); Fellow Commoners (mostly former students of the college who in later life were considered to have given good service to it); and Honorary Fellows, a mix of former students and others possibly with no college background, with some prominence in the wider world.  That’s a rough description; those in one non-GB category might fit into others, but the college decides those things.

I was living in London and from 2011 was going to college regularly.  One afternoon in 2014 the Master entered the Society Office (see below) and asked me to step outside.  She said the GB had met that morning and had decided that they would like to offer me a Fellow Commonership.  It was done delicately in case I didn’t want it, which would cause offence, so: if it were offered, would I be inclined to accept?  Truly this was a surprise.  Pleased but not really understanding what it meant then, I gave the assurance.  A few days later a letter arrived; I replied; the GB voted; and it was done.

The next task was to get fitted for the St Catharine’s FC gown from the only shop in town that made them – it cost me about £150 I seem to remember.  Then one early evening some weeks later as many GB Fellows and non-GB Fellows as could make it trooped in academic dress (gowns and hoods) into the chapel and sat in the pews; the Master was in the Master’s special seat.

The doors were closed; new Fellows to be admitted, also gowned and hooded, stood in the Antechapel; each was brought forward into the nave to read the oath of loyalty to the college, and to be formally admitted as a Fellow by the Master.  It was all in Latin, which gave me no problem: I’d studied it to degree level.  For some it was not easy though; for some it was nerve-racking; and I knew that for the rather naughty GB Fellows who were quietly scoring, it was a source of much fun.  Then all the Fellows present lined up in order of precedence around the chapel, and the newly-admitted Fellows walked along the line shaking hands with each of them.  We were welcomed personally by every one of the Fellows.  It was surprisingly moving.

We all went for drinks in the Gallery above the Hall; and then to a special dinner where the Master spoke about each of the new Fellows and their backgrounds, welcoming us again.  I was impressed and rather startled that she seemed to know so much about me.  But she was a researcher after all.

The FC status in St Catharine’s provided dining rights – seven meals a week at College expense – with access to some facilities in college, invitations to formal dinners for special occasions; the use of guest rooms for overnight accommodation, and a few other things.  I thought it most generous.

But how did all this happen?  As noted in earlier blogs I’d graduated in 1969, had picked up my MA in 1972 (the ‘tap on the shoulder’, blog April 12) and like most of us had then disappeared into the big wide world for decades.  We’d left school behind.  I think I visited it twice in the following 35 years.

It was 2005 and I was living and working in London.  We college chums had stayed in good contact. Over those decades the college had changed in one respect.  As with all the colleges, when we’d left in the late 1960s we were given good wishes and that was that.  For the last ten years though we had been receiving messages, well-worded, suggesting that we might like to help the college in a financial way, and they came from a newish fund-raising department called Development.  We thought that government support was probably reducing, and that perhaps endowments garnered over the centuries (St Catharine’s was founded in 1473) might need topping up.  Anyway, our chats focused on something else: our 40 years.  2006 would mark 40 years since we’d all started our degrees and had met for the first time.  The college had been giving free dinners to certain groups, part of Development work.  We’d like a dinner in college in 2006 to celebrate it.  Guess who was deputed to ask for it?

So I did.  And the pleasant reply was No: their system didn’t work on ‘decennial’ dinners.  We didn’t like that.  I put the case together in a rather longer letter, reminding the college of its requests to us for cash and suggesting that a decennial dinner ‘might go down well’.  The new Development Director saw the sense of that and supported the proposal.  The GB discussed it and agreed.  They changed their schedule.  I was asked to draft an invitation to all ‘1966 people’ around the world.  That was done and approved; it went out; and the next year we all got together for a splendid reunion and dinner, forty years on.

So that was that.  Done my job.  Back into the outer world for another decade or so.  Might revisit Cambridge occasionally, for nostalgia or with visitors, now that I was entering my 60s.

No, it didn’t work like that.  Two months later the phone rang.  It was the Secretary of the College Society, a body I knew little about.  There was a vacancy on the committee; he’d heard about the decennial reunion; he thought I might be the person to fill the place; would I be interested?  That was a terribly busy period for me – my consultancy years.  He said it would entail just three meetings a year in college, with dinner and accommodation if required, and no responsibilities other than to discuss Society matters and offer advice.  It turned out that the College Society was very similar to the Cambridge Society of London (blog 11 June): it was run by alumni volunteers and its purpose was to bring former students together in social activities to remind them of their old college.  The St Catharine’s Society had been founded in 1923 and was global – all St Catharine’s people round the world were paid-up members – and through its eleven branches it organised social events in all parts of the UK.  I was already involved with the Cambridge Society of London so this seemed very familiar.  With the assurance that I would not be asked to take on any specific responsibilities I agreed, and joined the committee.

But that didn’t work out either.  As with the Cambridge Society of London it was a case of Tales of the Unexpected.  They led to a Presidency, a Secretary position, and a Fellowship.  A story for another day.