The truth, the whole truth …… 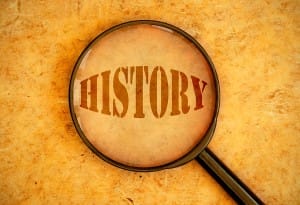 I wasn’t feeling very well yesterday. This is just a short observation on current happenings.

In the last three weeks so much anger has come to the surface, history churned up, historical figures vilified, the values of ancestors discredited, monuments destroyed or endangered, all in the name of Truth and Justice.  Then there’s a different anger, claiming to safeguard that history, the figures, the values, and the monuments, in the name of Truth and Justice.  All this driven by feelings and experience of discrimination, prejudice, unfair treatment, indignity worldwide.

There can’t be a country or community anywhere that’s free from prejudice.  Everywhere I’ve lived and visited it’s been apparent: race, class, caste, tribe, skin colour, sexuality, gender and so on.  It’s real; it’s horrible; and it can’t be justified or excused.   How do you change people’s perception of others?

One of the worst assumptions is that everyone in ‘that group’ is inferior, or guilty, or prejudiced.  Thankfully that’s not the case.

Gamal Abdel Nasser, President of Egypt, died in September 1970.  It was sudden – a heart attack.  He was just 52, a hero of his country and of the Arab world.  That world went into shock.  More than five million attended his funeral, among them a young Libyan called Muammer Gaddafi who fainted twice.

When Nasser died I was sharing a house with three Egyptian teachers.  We four were the only non-Sudanese in my school on the Blue Nile.  They were devastated, initially weeping, unable to speak, unable to sleep.  Nasser was of course the iconic leader who had brought Egypt out of post-colonial (British) influence, had nationalised the Suez Canal (owned then by Britain and France), and with the help of the UN had faced down the Britain/France/Israel invasion.  Headline: he had given Egypt and the Egyptians dignity, a feeling of self-worth, rare in the Arab world at that time.

In the turmoil of emotions anger came to the surface.  Britain had colonised, ruled, exploited, ransacked, vacated and finally tried to re-invade Egypt.  It had demonised Nasser.  Under great pressure he had triumphed.  Now, years later, a heart attack.  I was the only Brit in the area so I alone represented that evil imperialist nation.  It did become awkward and intimidating, but only because of one of the three.  He was the youngest, a sports teacher, and his hatred was intense, blaming me and my country for all the wrongs inflicted on his homeland.  No use me pointing out that I was nine years old at the time of the Suez crisis.  I was British, and that was enough.

The two older Egyptians were kind: they understood; they liked me; they tried to calm him down.  It continued for a few days but then, in a sense, he won: he announced that his wife would be joining them.  It was clever: she would need a separate room so I would have to leave.  Details not important but in short the headmaster found me another place to stay – the store room with the rats (blog 16 May).

I was grateful to the other two Egyptian friends. They behaved well.  I was in no real danger, and I was certainly not the victim of widespread prejudice or discrimination: it was just that one man.  For him at that emotional time, history demanded that a nation be condemned, and every member of that nation.

How should we treat history, the movers and shakers, the peoples, their values, their actions and the consequences?  This is my shorthand suggestion, taken from the legal oath of the UK, Australia, India, Canada, South Africa, the US and probably many other countries:  “Tell the truth, the whole truth, and nothing but the truth”.

I know that’s simplistic.  ‘Truth’ itself can be defined in so many ways.  This morning the British Prime Minister warned against movements trying to rewrite their own Wikipedia pages.  Our ‘historical Wikipedia’ – our own history – might need revising of course.  I rate Wikipedia.  It does seem to give as many proven facts as possible.  It takes the view that if something happened, then whether for good or for ill, you should record it and preserve it.  No denial.  Yes.  And try hard to educate the young in the whole truth, all the facts, no matter what the values of today.