Smile, and the world smiles with you, MND … 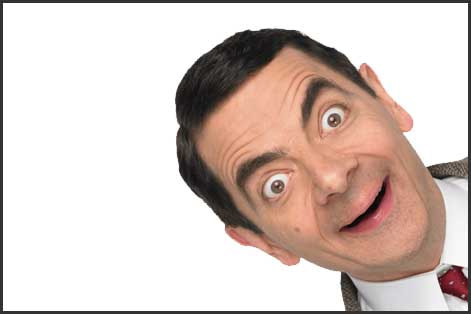 Why not smile if you can, even with such a thing as MND/ALS?

Since the age of 40 I’ve worn daily contact lenses, or glasses occasionally.   Three weeks ago I was furious: it was 11pm, I was tired, and I’d tried time and time again to take the lenses out but had failed – and my eyes now hurt because of the effort.  That had happened only once before, causing me to go to London’s Western Eye Hospital the next morning, fortunately only 10 minutes’ walk away.  Cursing, I went to bed.  The next morning the eyesight was bad, as expected.  Tried again to get the lenses out.  No good.  Then realised – you guessed it – that they weren’t in.  I’d been wearing glasses the day before.

You probably have a kitchen sink like mine.  It has a plug which, when lifted slightly, allows water to drain through but traps solids; and the solids can then be thrown in the bin.  Two weeks ago the plug disappeared.  No idea where it was; then realised.  The day before I’d tapped it out over the bin and had then thrown it in.  That night I’d taken the rubbish down to be collected, and it had gone.   Idiot.  New plug acquired a few days later.

The two above: ‘senior moments’?  Possibly, but also classic MND-related brain changes in focus.  More on that another time.  Onwards!

Someone is coming here today to take away the remote-controlled bath seat.  Remember that … blog of 24 April?  No complaints about the NHS service.  Just one small problem: it ensured that 80% of the Peace body never touched water.

You might have noticed that my pronunciation is not perfect these days – it’s the voice muscles.  Ironically one of the first words to suffer was “neurological” … now “newo’ogica”.   On which matter please forgive this anecdote: it reminded me of a time in Saudi Arabia when I was ordering language laboratories for a new training building.  I forget the company we chose, but the salesman was from Japan, with the difficulty Japanese can have in pronouncing ‘l’ and ‘r’ distinctively.  For him, it was an unfortunate product to sell.  From his lips came variants of ‘ranguage rabolatoly”.

I’ve mentioned the doctors’ prescriptions for special travel sickness patches to be worn behind the ear, hopefully to reduce the saliva.  They didn’t prevent travel sickness, because I wasn’t travelling.  But they did make me sick. [No complaint again].

As of yesterday I have eye drops, also prescribed by the medics.   What’s wrong with my eyes?  Nothing, unless of course I try to remove non-existent contact lenses.  So what’s happening?   It’s obvious isn’t it?  I have to put the eye drops under the tongue.  Naturally!   In fact it’s another attempt to reduce the saliva by a side effect.  The producers didn’t really think about the taste though – why should they, for eye drops?  It’s pretty disgusting.  But I persevere.  [And again, no complaint].

If anyone would like some sage tea by the way, let me know.  I’ve got boxes and boxes of it, also part of the SCC (my term: Saliva Control Campaign).  Sage tea is disgusting too.   But I persevere.

How about this!   Botox!!!   Had an excellent 75-minute Zoom consultation yesterday with my consultant neurologist (glad I’m typing that, not saying it).  If all else fails I’ll be getting Botox treatment, somewhere in the neck, to stop the saliva.  I’m a man, 72, and I will be able to boast “Botox!”, “On the National Health Service!”   Wonderful!

Two days ago had an hour’s Zoom with my voice therapist, including a session testing the new thickening powder.  It’s to make water more dense and therefore easier to drink.  It worked well.  She then said it would also work with beer and wine.  We both smiled.  No chance!

I’ve forgotten other sillinesses.  Will record them in future.  For today though, that’s all folks.