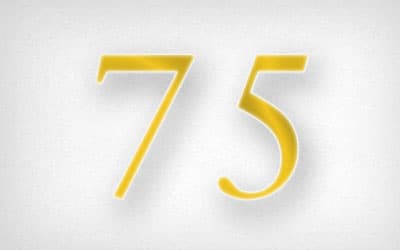 Not me.  This is the 75th day of blogging.  It’s been interesting and annoying and enjoyable and tiring and fun and sometimes tricky – “What on earth will I write about tomorrow?” –  and now it’s surprising.  When it started on 1 April I’d no idea how it would go or, frankly, how I would go.

All being well I’ll continue to the 100th and will then stop.  100 stories and reminiscences and DP’s quirky opinions and sermonising and embarrassing body-function-reports and tiresome repetitions will be enough: My Peace of MiND in 100 days.

Now, just a little story that will be instantly understood by the Brits, and after that a note about something new.

It was the mid-1980s, I’d landed in Nadi, had hired a car and had decided to drive round the island, Viti Levu, the largest of the more than 300 islands that make up Fiji.  Quite an adventure.  It’s about half the size of Wales; some of the roads then were very precarious, as were the shaky bridges; Nadi the main airport is at the other end of the island from Suva the capital; the terrain varies from arid to thick forest; finding accommodation could be difficult; and at times you could drive for quite a distance without seeing anyone.  The first vivid memory was after about 20 minutes as I drove along the south coast east towards Suva.  Music.  I stopped.  What was it?  It was Sunday.  Between the road and the sea was a church.  On a platform on the beach was a choir in robes, singing Wesleyan hymns.  Very pleasant.

Driving up the east side of the island that evening I was getting nervous.  It was forest and it was dark, there were no lights, no traffic, and I couldn’t judge how much longer it would take to get through it.  Then ahead, a glimmer of something.  It proved to be a few oil lamps, a roadside shack, a man selling soft drinks and beer, a parked car, and another guy sitting in a plastic chair, glass in hand.  Gratefully I stopped: I needed advice, looked forward to a chat, and wanted a drink.

The tourist was from Sweden, about my age.  He was having the time of his life.  He’d been working in the airline industry and now had a special ticket that allowed him to travel to a number of countries including some Pacific islands within 6 months.  So we talked.  I asked him what had been the most beautiful place he’d seen during his travels.  His reply: “You will never have heard of it.  It’s a town in Burma called Mandalay”.

Friends, I explained to him that there were very few Brits of my vintage and older who hadn’t heard of Mandalay.  For non-Brit friends, it’s a song and a poem:   http://www.kiplingsociety.co.uk/poems_mandalay.htm

The drive round Viti Levu was exciting.  Regrettably I never made it to Myanmar.

Decided to add something extra, something I said earlier I wouldn’t do.  Starting today there will be a Comments box below each blog.  If anyone feels the urge to add an online comment just click, write, and Submit Comment.  It will show your name, whatever name you dare to give.

Let’s state the obvious: everyone reading will see what you’ve written, and they can then add theirs if they wish.   None of my friends would dream of misusing it of course, but rumour has it that Messrs Putin, Xi and Trump are getting envious and might sneak some nasties in; so blogmaster Tim or I will remove anything distasteful … unless I’ve written it.   Actually I don’t intend to get involved in the Comments.  It takes too much time.  In this blog it’s a 25-day forum for readers.  If a discussion starts, just fine.  If no one writes anything, just fine.