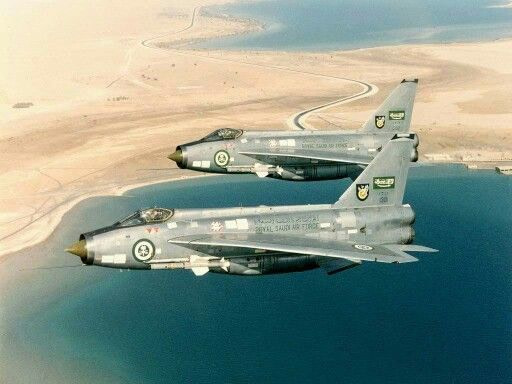 Fascinating news from Saudi Arabia, which seems to be moving into a serious economic crisis.  I had presumed that their huge reserves would withstand this virus problem but of course oil prices, on which the economy is almost wholly based and to which they’re highly vulnerable, have collapsed or are yo-yoing, and everything’s in doubt.

That wasn’t the case during the 11 years I was there, when everything was booming.  Friends from different epochs have asked me to explain what that was all about, so here goes.

A number of factors: almost three years in the Libyan Sahara under Gaddhafi seemed to me to be enough; and I liked expat life; and as I explained on 12 April I felt, as an only child, that I should try to return home a number of times a year to see my parents; and I was qualified to teach English to foreigners.  BAC, the British Aircraft Corporation, was contracted to the British Government and was offering jobs in SA.  The British Government had what was described at the time, I remember, as “the biggest and most profitable contract Britain has ever had in its history”.  That contract, via an MoU (Memorandum of Understanding), was for the Brits to deliver military hardware, training and other support services to the Saudi armed forces and particularly to the RSAF, the Royal Saudi Air Force.  So, turning it round, the Saudis needed military help and were paying Her Majesty’s Government, and HMG was subcontracting those services to BAC.  And BAC needed qualified people to teach English to the RSAF cadets, and was offering good salaries and three breaks a year during which the expats were generally required to leave the Kingdom.  Sounded good.  DWP (28-year-old David) applied, and the rest is a rather chequered history from 1976 to 1987.

In an 11-year nutshell: I went there as a teacher; after a while there were some promotions; then a few years as Chief Instructor (CI, the Brit boss) of the RSAF School of English, which was part of the RSAF Technical Training (later ‘Technical Studies’) Institute in Dhahran Airbase on the east coast, the Arabian Gulf (‘Persian Gulf’ if you prefer, but we weren’t allowed to call it that); then I was involved in trying to win the renewal of the whole MoU/contract against serious competition from the American government; then when we got the renewal I was made CPC (Chief Project Coordinator) for the redesign of the new RSAF training profile including the rewriting of all materials – English language, Maths & Science, Aeronautics, Electronics, Air Traffic Control; at the same time I was made Head of Reprographics (HoR), responsible for the compilation, printing and binding of manuals for the whole training programme; and during that time BAC, the British Aircraft Corporation, re-engineered itself to become the more sexy BAe, British Aerospace.  In 1987 my father was ill so I left, deciding that I might as well celebrate my 40th birthday back in good old UK.

Looking back, those years were hugely formative.  Once I’d moved on from being a teacher, life proved to be a string of responsibilities that sometimes I felt ill-equipped to bear.  It was a quasi-military contract run under military control; for many years I reported to British bosses, ex-RAF Group Captains and above; colleagues were ex-RAF and civilians; we were inspected by the PAF, the Pakistan Air Force (good Muslim brothers who had persuaded the Saudi government that they knew the devious Brits and their ways, and so they would make sure we performed to the right standards); and latterly as project manager I was responsible for the performance of experts in disciplines that I couldn’t possibly understand.  Finally, in those last years, two very conflicting things happened: HMG (Margaret Thatcher was then PM) put extra and overt pressure on us as we tried to get the project done “for Britain”; and conversely, to the anger of my British ex-Group Captain boss, the Saudi Commandant of the Institute removed Mr Peace from the British reporting line and announced he was to report to the Commandant personally instead.  This was unique.  On the surface the two positions were irreconcilable and I could easily be distrusted by both sides, HMG/BAe and the RSAF.  It was truly a tangled web, and a story that I might untangle later if I have the patience.

That’s why that little incident with the police (blog of 5 May) could have done so much damage, at a most sensitive time.

Socially life was pretty good; in fact very good.  For me it was wide: 11 years of great times with Brits inside and outside our enormous contract, and with Americans, Dutch, Germans, French, Swedes and numerous other nationalities.  And doing things that really we shouldn’t have been doing if we were to be good law-abiding expats, which clearly we were not.  Those stories might unfold also, if I have the patience.

That wasn’t so short.  I’ll shut up now.  That was the nutshell, the rather complex overview, but I hope it helps those who’ve said over the years, “Just what were you doing in Saudi Arabia?”  What happened outside the nutshell though, that’s another story or two.  Might take a while ….