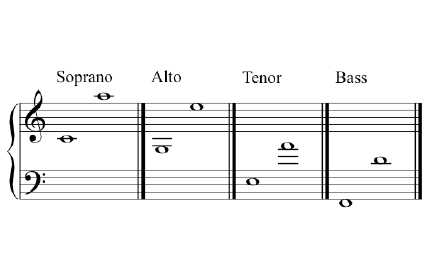 I’ve been asked this: if Saudi Arabia had so many restrictions, how did so many expatriates get together to form a choir?  It’s an interesting question, and the answer is rather ingenious, and simple.

I was fortunate. In the first of my eleven years there in the 1970s and 1980s, employed by Britain’s major defence contractor to train the Saudi Air Force, I was introduced to the huge American compound not far away.  I made many friends and spent much time there socialising, including singing in the church choir – knowing that Christianity and any practice of Christianity was completely illegal (see blog of 19 May, Going Underground).  So when it came to forming a choir, finding instrumentalists, and organising musical events for my own British compound, there were a few I could call on.

The main problem was to find others.  How could we let other expats know?  They worked for the many different companies in the Eastern Province, and they lived in their own compounds or individually in town apartments.  There was no internet, no emails, no easy socialising, so how could we tell them what we were planning without alerting the authorities?

Humbly, I think it was little me who came up with the answer.

Supermarkets, grocers, hotels, often had boards where people could post small ads and messages requesting or offering various services: cleaners, gardeners, language tutors and suchlike – all respectable and legal.  Here in Britain we still use such things. In Saudi Arabia our request for singers and instrumentalists would not be so legal though, so how could we attract only those who could sing or play?  A code?

We put up messages asking anyone who was interested in SATB to phone certain numbers.

If you don’t know what SATB signifies, that’s great!  Nor, we hoped, would the Saudi authorities. And it worked.  Little by little the numbers grew, and word of mouth then brought in others.  Within a few weeks we had a choir of – if my memory serves me right – around 30 regulars.  And as a result we did the concerts.  Great fun!

I’m writing this from the hospital bed.  Admitted this morning (the 11th), had the usual checks – blood pressure, heart, weight, height, Covid, MRSA – and now with little to do till the PEG operation with general anaesthetic in the afternoon of the 13th.  So it’s all set up.  Third Time Lucky, I hope.  I’ll let you know..