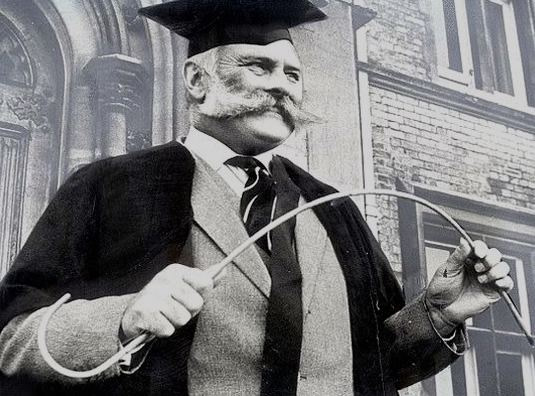 Well, the memory bank was triggered yesterday by a report on the unruly behaviour of some students, partly or wholly as a result of boredom during the lockdown.  Unusual punishments from my dodgy background came to mind.  Here are a few:

It’s 1972 and I’m at London University studying to be a teacher of English as a Foreign Language.  Two years teaching in the Sudan had given me a taste for it.  Either that or I was pathetically short of ideas for doing anything else.  Probably the latter.

So we studied basic principles of linguistics; we practised techniques and voice clarity; we learned how to explain the many pot-holes in our language that so confuse the learner; and we also had to spend weeks doing actual teaching practice in schools, inspected and assessed in class by our tutors.  No one got a smooth ride.  Students can be cantankerous.  How to impress the tutors if they did misbehave when we’re teaching?  Two memories:

First teaching practice was in a multi-ethnic school in Perivale, London. For me, a class of non-English-speaking boys aged 7 to 11.  One, a short but tough Sikh, seemed to have mixed feelings about Mr Peace.  Always smiling, he was sometimes disruptive in class but it was his out-of-class activity that was rather alarming.  Each morning I would arrive and walk through the noisy playground towards the school building.  On the second morning this lad suddenly ran towards me, looked up at me, and smilingly punched me hard in the stomach.  It wasn’t a friendly punch.  The next day he did the same (yes, I was a slow learner…).  After that he tried each day but the DP body swerves would have done a rugby club proud.

Was I afraid of him?  No.  Was I worried about the assessors’ view should they see him trying to hit me?  Yes.  So, what to do?  I decided to ask one of the course tutors who might do the assessment.  He looked at me deeply, trying to assure himself that I could be trusted, and finally said, “David, you’ve asked my advice.  If you repeat this to anyone I will lose my job and possibly my career.  Hit him.  Not hard, but hit him”.

Well!  Now what to do?  if it went wrong DP’s future would be at stake – teacher violence towards a young pupil, and possible racial motives.  Dilemma.

I decided to go ahead.  The next morning up he ran, smiling, aiming at my now tensed and ready stomach.  I let him punch me.  Then I punched him back.  In the stomach.  Not hard, but it was a punch.  Sudden shock on his face.  Then the smile turned into a huge grin and off he skipped to carry on playing with his mates.  He never tried it again and he was never disruptive in class again.

When I reported back, with relief and thanks, my tutor acknowledged it had been high risk, but he felt it was worth a try.  Who knows what the cause was?  Not worth guessing, but perhaps I’d passed some rite of passage in his world view.

Oh dear.  Had intended to give other examples of “unusual student control”, the next one in Spain, but I’ve run out of time.  To be continued ….

Nothing to report on the health front.  Still fighting the good fight, but losing somewhat.  Full update another time.

END_OF_DOCUMENT_TOKEN_TO_BE_REPLACED

Here we are again …

Hello again.  Back blogging, in a way. In the DP world these last two weeks certainly allowed a lot of staring - see the last blog entry if you don’t understand that.  The walls the windows, the...