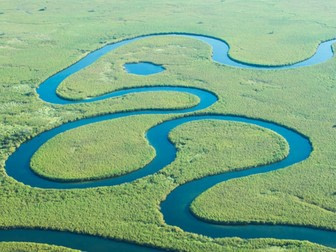 This and that … bits and pieces … here and there ….

Leaving the Sudan finally in the summer of 1971, Malcolm and I decided to do it the hard way: slow train (they were all slow) from Khartoum, 500 miles north through the deserts to the water’s edge.  What does that mean?  The Blue and White Niles meet at Khartoum and then as one Nile they flow north for another 1500 miles/2500km through Nubia, into Egypt and ultimately to Cairo and Alexandria.  For the previous ten years the river had been increasingly blocked by the building of Egypt’s Aswan High Dam.  Known as Lake Nasser, the waters had been backing up from the dam, spreading south down to the Sudanese border and then regrettably further south into the Sudan and across the Nubian desert.  That part is now called Lake Nubia.

It was astonishing at the time: our train stopped, seemingly surrounded by sand, until we saw on the other side a huge expanse of water, some low rough concrete structures forming a makeshift harbour, and an old steamer.   It was another one of those surreal images: an endless sea in the middle of a desert.  The plan was to get onto the steamer, sail north to Aswan, and then take the train to Luxor and onward to Cairo and Alexandria, which is what we did.

For a millennium Wadi Halfa, the Sudanese town on the northern border, had been a settled, cultural home for Nubians –  history, antiquities, religion and the graveyards of their ancestors.  The waters, spreading south from the dam, could not be stopped.  In Khartoum we’d seen photographs of Nubians, just a few years earlier, being whipped and beaten, forced onto trains to escape the approaching floods.  The trains would take them to New Halfa, recently built, hundreds of miles away near the Ethiopian border, spiritually, culturally and agriculturally empty and alien for them.

Two intense memories.  As we steamed slowly north towards Egypt I looked down into the waters, surprisingly clear.  There was the town beneath us:  streets, buildings, even remains of trees.  Only one structure rose above the surface, just a little: the control tower of the old airstrip.  Quite unnerving.  And then during the night something woke me up.  No idea what it was but I went out onto the tiny 6ft wide gangway alone under a clear black sky.

Somewhere nearby in that huge expanse there seemed to be structures.  My torch didn’t help much but it was enough because we were so close.  An enormous face.  Then two more.  Silently, with no ceremony, and I think I was the only passenger to see it, we were gliding past Abu Simbel.  Stunning.

That’s my contribution for today.  Here are more comments on recent jottings. Not sure whether to thank them all or not!

R, on the cost of university education, and the ups and downs of admissions: “Same in the States.  So sad, but at places like Harvard one can get a free ride.   However I’m told that at xxxxx multi-millionaires bargain to reduce their fees!”.

M, re the position of my heart: “Have you ever considered that your heart is in the right place & that it is the rest of us who’ve got it wrong?”  DP answer: that’s my default position.

A, on the hazards of dressing up for a Buckingham Palace Garden Party: “Our car was a long wheelbase Land Rover station wagon, and for whatever reason we decided not to wear our glad rags for the drive to London. We found the parking arrangements called for cars to be parked in lines in the centre of the Mall, so to change we covered the Land Rover windows with towels and stripped off in the middle of the Mall.”

G, we worked together in Saudi Arabia but I’d never heard this: “Huge slaves sheds where they brought in goods and slaves for Al Hasa and Riyadh. Ledgers scattered across the sand.”  And, “The Kingdom ‘abolished’ slavery in 1962 …… but there were still slaves …”.

L, also on university fees: “Opportunity is a wonderful thing that was so available for us. I am totally in agreement with your comments re fees. I think it is going to be increasingly tough for youngsters to afford University and also, to be honest, there are too many degrees now. They are so much less valuable in terms of employment. Are we going back to the 1800s when the wealthy bought their degree?”

OK, I’ll add another little memory, topical right now.   Ant and Dec, a so-called comedy duo in the UK, have apologised for some scene recently when they blacked up.  It’s now called “blackface” and it has become offensive to do it.  A while ago Justin Trudeau the Prime Minister of Canada apologised for doing that when he was a student.  In my little township on the Blue Nile the Sudanese teachers and students, young men in their late teens, would have a party at the end of each academic year.  There would be recitations from the Koran, readings of their own poetry, Sudanese dancing and singing, and one of them would white up – covering his face with white cream and borrowing my khaki suit and white shirt and tie (I had to show him how to tie it) and walking and talking in the way Mr Peace walked and talked.  It brought in gales of laughter from students and teachers, and from me.  All good fun.  Or it was all good fun until the cream ruined the one tie I had.