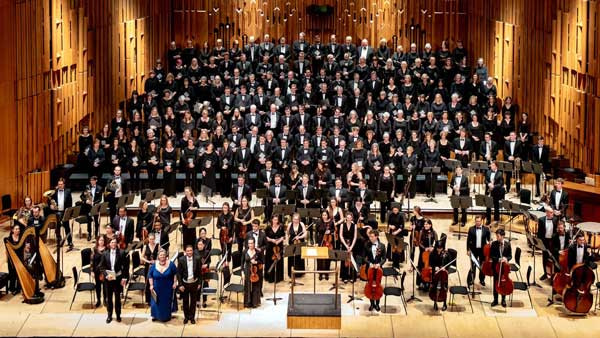 This is longer than I had intended but it was relatively easy to write.

Someone gave me some news today.  Someone asked me a question a while ago.  As it happens they converge on the same thing so I thought I’d talk about it.

A while ago a friend asked me what I felt was missing most from my life as a result of the illness, apart from the daily physical difficulties.  That wasn’t easy but it suddenly hit me: I really miss making music, and mostly singing.

Folks, before I embark on that let me say this: what follows is NOT boasting.  I had a moderate-to-good singing voice (choral, very rarely solo or ensemble); a decent range, tenor to bass-baritone; I can read music reasonably well and am a moderate-to-good sight reader; I could pass auditions; the choirs were generally pretty good, especially in London; and so I was the same as thousands of similar men and women, all enthusiastic moderate-to-good amateurs who want to learn and perform, often with a lot of practice, and to get a kick, a buzz, a thrill from the demands, the discipline, the tension, the liberation, the exhilaration, of singing in full choirs with great orchestras in amazing venues, and generally in front of big, appreciative audiences – one hopes appreciative anyway.  A very rewarding pastime.  I was not special; I was just sharing the joy with many many others. Hope you accept that!

So I sang in choirs at school and at college (and at both we actually did some remarkably demanding works).  One Christmas Malcolm and I sang in Khartoum Cathedral, a unique experience on a special day in a beautiful place, now a museum.  In Saudi Arabia I sang in, and helped to organise, expatriate concerts and church services with choir, all illegal.  And back in London I sang in a couple of choirs including one then called The London Choral Society, established by Edward Elgar for the first performance of The Dream of Gerontius.  It’s now called The London Chorus, alas.

Given that bit of nostalgia, and some sadness, I’ve just had a look at the musical scores in my bookcases, the works that I performed over the years, each with a hundred or so others of course.  There are large numbers of small pieces, and church anthems and settings, but the major oeuvres had the greatest impact.  This is my blog, so I’ll list some of them for my pleasure!   Bach’s B Minor Mass, The Messiah, Mozart’s Dixit Dominus, The Creation, the Fauré Requiem, the Mozart Requiem, the St Matthew Passion, the Choral from Beethoven 9, the St John Passion, The Dream of Gerontius, the Christmas Oratorio, the Verdi Requiem, Walton’s Belshazzar’s Feast, Brahms’ Rhapsody, Schubert’s Mass in G, Mozart’s Missa Brevis  …. and quite a few others.  Each of them took a lot of practice, over months, and most were then performed with full orchestras in, I’m delighted to say, the Royal Festival Hall, the Royal Albert Hall, Westminster Cathedral, Westminster Abbey, St Martin’s in the Fields, St John’s Smith Square, the Barbican, The Queen Elizabeth Hall, and a few outside London.

That record is NOT special.  The works are part of the standard classical corpus, nothing really contemporary or avant garde.  Most reasonably good amateur singers will have done them, and in London probably in those venues.  But they’re demanding, the tension and the drama of performing with full orchestra on stage are unforgettable, and the thrill and joy were, for me intoxicating … so much so that after each performance I seemed to end up in a pub.

The most demanding one in fact was the last one I ever did, Bach’s Mass in B Minor.  I knew it as a listener but I had never expected the huge complexity of it as a singer.  It took us, the Bart’s Choir, almost six months of rehearsals. The choir director had refused for years to let us perform it because it is so difficult.  Many people, including me, tend to think of Bach as complex but essentially metronomic – regular and systematic. The B Minor defies that – the unexpected, illogical, out of sequence irregularities (these are non-musical terms because I don’t know the technical ones) were extremely challenging.  To practice it with serious concentration I once took the score, and an iPad recording, and headphones, on a 7-hour train journey, to the occasional consternation of passengers when I forgot where I was and started singing it out loud.  Anyway, we performed it and we were delighted.  A few days later, confident that I now knew it inside out and would enjoy identifying others’ mistakes, I went to a performance by another choir. They did rather well, regrettably.

So I look back now with huge pleasure and some sadness.  At 72 it’s still perfectly possible to sing acceptably at that level, and for some years ahead.  I see others doing it and I envy them.  Ah well.

Now the other thing, very different in mood.  Today a friend texted me some news, and I’ll simply repeat it here.

“On March 8, five days before lockdown, the Amsterdam Gemengd Koor (mixed choir) gave a performance of Bach’s St John Passion in the great hall of the Concertgebouw. That concert will be remembered for many tragic reasons. It was announced on Dutch news last night that four people associated with the chorus – one singer and three partners of chorus members – died of Coronavirus after the concert, and 102 more fell sick, some seriously. The chorus has 130 singers in all. The conductor Paul Valk was among those who were hospitalised. The Gemengd Koor, founded in 1928, is an amateur ensemble whose performances take place at the Concertgebouw.”

How terrible.  Sorry to end on such a note, musical or otherwise.  Ars longa, vita brevis est.