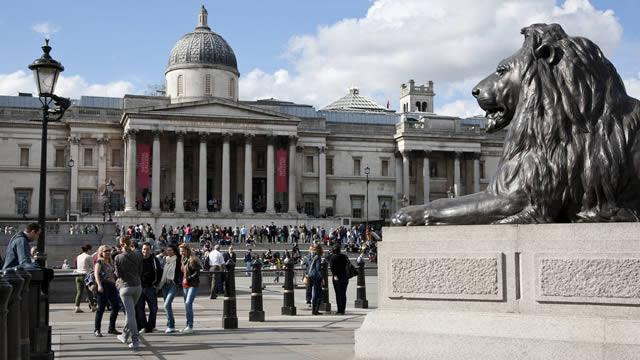 Did I communicate this yesterday?   Amongst the students in Cambridge 50 years ago I really don’t remember sensing social snobbery or class consciousness.  Perhaps that was because the college was small, not architecturally grand, and so didn’t easily lend itself to airs and graces; or perhaps because state grants allowed a good social mix; or perhaps I just didn’t notice it.  Anyway I wasn’t consciously affected by a feeling of social inferiority, or any suggestion that ‘class’ mattered.  Life was special though: I think we all realised that we were living in a slight fantasy world: gowns, black tie events, formal dinners with Grace said in Latin, everything provided communally, chaplain and Tutor on hand to support us outside our studies and so on.  It was definitely not day-to-day normality: it was definitely unusual.

Words and semantics can be difficult to pin down: life was special and it was unusual, and no one could disagree.  Can those accurate descriptions morph legitimately into privileged though?  Or elitist?  Both terms are often used to characterise Oxbridge and those who studied in the two universities.  One could write whole theses on such topics but my shorthand blog-worthy one-liner would be that privilege and elitism happen where processes are warped by favouritism, prejudice, money or other non-merit-based factors.  Whether that was the case half a century ago, who knows?  I’m quite sure however that in my case and for very many others favouritism, prejudice and money played no part whatsoever in getting me into the university.  It was damned hard work getting there, and it was damned hard work getting through the three years there.

Many of that generation agree.  In the last 20 years I’ve mixed with very many, from all colleges.  How did that happen?  I’m truly not an ‘old boy’ type – I live alone; I enjoy solitude; I’d returned to Cambridge probably only twice in the previous 30 years; and even a little socialising can be a strain.  So what happened?

One day, in London around the turn of the century, a rather sad leaflet arrived in the post. The Cambridge Society needed help; could I attend their AGM?  No idea what this society was or how they got my address, but decided to go; the meeting was in Marylebone so it was easy.  The committee of three were there, and six others turned up: Cantab graduates including me.  It was a social organisation and they’d run out of ideas.  We offered suggestions; they were grateful; and that was it.  A few days later someone phoned and asked if I’d join the committee.  I said yes but not if they wanted me to take on a formal role such as secretary or treasurer.  Fine – no problem.

It was the London branch of the global Cambridge Society which was based in Cambridge itself.  Committee meetings were held in a Marylebone pub; three or four social events were held each year but they were repetitive and were becoming stale; communication was by letters in stamped envelopes; event fees were done by cheque and so on – all primitive even then.  We did start some new things; and we did introduce emails (amazing) and an embryonic website (even more amazing) and I managed to persuade them to offer electronic banking.  There were and are around 40,000 Cambridge graduates living or working in Greater London.  Technically they could all be members of the Society.  That’s a big challenge for a tiny committee.

It grew.  A couple more joined the committee.  Little by little we added events.  There was momentum.  By 2010 we were doing eight or nine events a year, demanding for such a small committee. That year the Chairman died.  The Secretary became an unwilling Chairman.  I became a very unwilling Secretary.  Not long after that the new Chairman died.  What was to be done?  No one wanted to run it.  The University was very impressed with the London Society, very supportive and helpful, so there was some pressure.  A very reluctant David agreed to become Chairman.

It wasn’t easy at all; it took up a lot of time; and we needed more help. One thing to be avoided in all voluntary organisations is people who are willing to join committees but only to talk, not do.  They talk, they offer great thoughts and make great proposals, but they don’t see it as their job to implement anything – they pride themselves on their brainpower and creativity but the practicalities are for others.   I insisted that every member must have a function: Secretary, Treasurer, Administrator/I.T,  Event Manager – each committee member must organise at least one event per year.  That sorted them out.

By 2019 we were running at around 26 purely social events a year: expert guided walks (a Cambridge Blue Badge guide) around London and in its museums and galleries; talks (Downing St, the City); dinners (I was hosting one for Sir Tim Waterstone on the day of my diagnosis, blog 18 April); classes (flower arranging, pie making); formal networking (Clifford Chance in Canary Wharf); sport (prime private venues with food and wine for Oxford v Cambridge in the Boat Race and at Lord’s); the biggest Cambridge Freshers’ party in the world (up to 250 school leavers, a few weeks before going up to Cambridge); occasionally outside the capital (private tours of the Victory and Mary Rose in Portsmouth); Society parties (Christmas, up to 200 of us in the Oxford & Cambridge Club); three or four informal networking and art appreciation evenings in a London gallery, and more.  Our Secretary, not from Cambridge in fact, produced a super website and streamlined membership and event attendance processes and general communications ; I wrote weekly newsletters; the University provided help with advice and its own global promotion of our events (any Cantab grad in the world could join).  It snowballed.

This was really hard work.  I felt I had to attend as many as possible.  I was often ‘on duty’ and was expected to speak publicly.  In fact I ran quite a few myself: dinners, formal networking, sport, freshers, the Club; and I helped with others.  The committee was now nine, and everyone played their part.  In 2018 I decided it was time to hand over and move out.  That was even more difficult!  The committee members were all excellent contributors but none wanted to run it.  We looked around; we networked; we asked the University for their volunteering contacts; and in the end we advertised.  It took a year but it worked.  I handed over in May last year.  Two months later I was diagnosed with motor neurone disease.

The University has an intelligent and mature approach regarding the 430+ Cambridge Societies around the world.  Each Society became an independent self-governing entity in 2009 or later, and all are run by unremunerated volunteers.  The University mounts its own major campaigns for funds – in the billions – to maintain and widen its world-class research and teaching.  It also gives promotional and advisory support to the Societies (but no money).  One could therefore imagine that in return it might ask those organisations to do fund-raising with their members.  But it doesn’t.  It knows well that asking unpaid volunteers to turn their purely social events into money-gathering exercises will kill the spirit of those managing them, and will alienate the members attending.  The University’s view is that volunteering in its own right is as valuable as making money donations, and that by creating and nurturing alumni communities around the world the Societies continually remind graduates of their Cambridge years; and so they will individually contribute more readily when the University itself approaches them. It’s an act of faith, and it works.  Other institutions do pressurise volunteers, or try to control them, in order to get cash.  It doesn’t work: it’s seen as cheap, there’s resentment, and it results in reputational damage to the institution itself.

Let’s take a step back.  This is all jolly nice, but most graduates did not go to Oxford or Cambridge.  So is this all elitist?  Or privileged?   As I said, those of my vintage were from all social classes, and through the Society I’ve met very many in the last 20 years.  We all seemed to have had a good time in our various colleges and as far as I’m aware we all got there through hard work, not anything warped.  Also, since that time all the men’s colleges have become mixed, most for the last 40 years; and seemingly every nation in the world is now represented.  The Freshers’ parties in London, which I ran every year, were terrific – up to 250 nervous and excited (outwardly ‘cool’ of course) school-leavers from every type of background, ethnicity and capability, some in wheelchairs, mixing with huge openness and eagerness without any apparent bias.  Inspirational and seemingly classless.

On a related matter, I’m an alumnus of three universities: Cambridge, London, and the City.  Only Cambridge seems to ask for funds; and only Cambridge seems to have structures that regularly bring people together for purely social events.  Why don’t the others?  What about all the other universities? Is it the Oxbridge collegiate system that makes the difference?  Those running the 430+ Cambridge societies do it for pleasure, not money.  There’s no sign to me of anyone doing anything through a sense of privilege or elitism; these things are just nice things to do.  Oxford does the same, but do the other universities?

I suppose I’m trying to make the case that, as per para 2 above, those Oxbridge experiences were definitely special and unusual, but whether what happened then, and what is happening now, can be called elitist or privileged I’m not so sure.  There are parallels: very current debates and demonstrations about perceived prejudices, with blanket labelling of police, or of our society’s attitudes, or of the majority, or of attitudes and practices in the past, also run the risk of gross over-generalisation and over-simplistic condemnation.   Exchanging one set of prejudices for another isn’t helpful.  It’s not as simple as that.

[No idea what to write about tomorrow, but it will be much lighter than today’s!]