Last week, out of the blue, a link arrived by email. It was another recording of my voice, this time from eleven years ago but this time not only the voice.  A video.  I think the DP memory must be suffering because I can’t recall ever seeing the original. Two friends do remember it so I’ve obviously forgotten, or perhaps selectively and unconsciously erased it from the memory bank to avoid the shivers …..

Many will know that on leaving university in 1969 I went to the Sudan as a volunteer teacher for two years.  It was a challenging and adventurous time with deprivations, difficulties, risks and, as it turned out, dangers. It was therefore an excellent self-learning experience.  Early blog entries tell a number of stories from that time. It also generated great friendships, especially with other volunteer teachers.  Half a century on, half a dozen of us still get together regularly, these days every month by Zoom.

Living and working there left such a deep impression that three of us felt we wanted to go back, and we did.  In January 2010 Sue, Ann and I flew to Khartoum, based ourselves in an old hotel, hired a car and driver, and over two weeks went north to the desert pyramids and the holy mountain Jebel Barka, south to Kosti where our friend Malcolm had taught, on to the Mahdi’s island on the White Nile, then eastwards to my old township and school on the Blue Nile, en route climbing Jebel Moya to see the hidden valley with Henry Wellcome’s massive stone house and other curious structures, and then turning north along the Blue Nile via Sue’s old school, and back to Khartoum.

Putting all this together was not easy. We weren’t part of a tour. The  Sudan doesn’t have much of a tourist industry. There were political and security cautions.  A western man and two western women travelling together could easily raise questions. The whole trip was a patchwork self-help exercise, but we had help from others including a personal introduction to the Sudan Embassy in London and a good contact in the British Embassy in Khartoum.

In a small way we ourselves were also ‘a story’ – “British teachers return to the Sudan after 40 years” and suchlike – so the press there did pick it up. We appeared in one of the English language papers, we were filmed wandering through the Omdurman souk, and we were interviewed on the Mahdi’s ramparts overlooking the Nile.  We were also welcomed by the British Embassy, we had tea with the Ambassador, and we were invited to an afternoon garden party in the Residence grounds next to the Embassy where, unexpectedly, we were interviewed again.

So after all of that, where’s this story going?

Last week, out of the blue, Sue sent us a link to a seven minute video, including 60 seconds of me facing the microphone at the garden party.  How on earth did she find it?  Super Sleuth Sue had emailed P, the British diplomat who had welcomed us to a chat and ‘refreshments’ in the consulate just after we arrived there eleven years ago.  Turned out he’s now posted to South America.  He contacted diplomat M in Khartoum, and M sent the video to Sue. Wonderful.

What’s not so wonderful is my performance, hence the embarrassment.  Hadn’t expected to be interviewed and had also just had a slight shock (will explain shortly).  Microphone man: “Mr Peace, what do you think are the similarities between the British and the Sudanese?”.  DP, thrown off balance, rolled out a garbled answer of platitudes and clichés in a strained over-posh voice. Not that good, but In the rest of the video others – Brits and Sudanese – were asked the same question, one replying that we all like tea, another that our capital cities are on lovely rivers.

Despite the squirming it’s really nice to hear myself again. A great surprise and a great pleasure. Thank you Sue.

Here’s the excerpt from the video.  We’ve kept the introduction which is rather good, matching royal, presidential, and government buildings in the two capitals, though mysteriously to the strains of Beethoven! 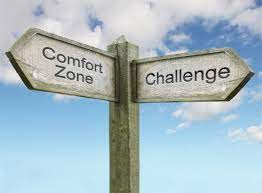