The still of the night …. 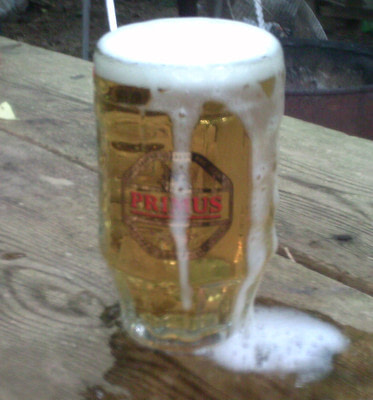 Today’s more-or-less current event: those record sales of alcohol as so many of our housebound compatriots stock up for the duration of the virus.  And that’s the link, reminding me of our own stock and a truly frightening experience in Libya in the mid-1970s:

Scene: the small oil camp in the depths of the Sahara.  About 10 expatriates, most of whom disappeared each morning to work on the rigs, returning in the late afternoon to shower, cool down, have dinner and generally relax in the dark, gorgeous silence of the desert.  I stayed in camp and didn’t have much work during the day. They put me to work.

Over the previous few years each man, returning in rota from his 42/21 day schedule, had brought back bits and pieces in the luggage – pipes, valves, taps, industrial thermometers and so on.  In an old disused trailer about 100 yards from where we lived they had set up a simple brewery and a still.  I was to run both.

Making beer wasn’t difficult – tubs, water, sugar, malt, yeast etc, and lots of those bottles with clamp-down metal clips and rubber washers that you still see occasionally (Grolsch lager?).  Running the still was more complicated, mainly keeping the hardware and ingredients clean and especially because the liquid had to be tapped (‘cracked’, they called it) at the right temperature to ensure it was ethanol not methanol, the latter being potentially lethal.  Large old air conditioning units, sticking half in and half out of our trailer walls, kept everything and everyone suitably temperate.  That’s ‘temperate’: we weren’t inclined to temperance.

It was illegal of course, but we all seemed to need a drink in the evenings. Each day I stored a number of bottles in the fridge ready for our communal sundowners … and often beyond sunset, though I don’t remember anyone overdoing it.  Jokingly my popularity rose or fell in line with the perceived quality of the ‘refreshments’.

One evening a few of us were sitting outside our trailers, chatting quietly in the late heat under that deep black sky glistening with so many thousands of stars, when suddenly the air trembled. Then a thud, and a few seconds later another thud.  What was happening?  No one had any idea.  The third thud led us to the booze trailer where we realised with shock that the power supply to the A/C units had failed.  It was a typical hot African evening; the temperature inside the trailer must have rocketed.  The beer bottles were exploding.

That might sound mildly amusing these days but at the time there was utter horror.  Alcohol, and especially beer, was deemed critical to ensuring physical and emotional wind-down at the end of very hard-working days – the 6 week non-stop schedule away from partners and families.  We realised quickly that in the great order of things the beer was expendable – we could make more. – but it was absolutely essential to save the bottles.  There were over 100 in the trailer, all now full of recently brewed, pressurised beer/lager, and it had taken a lot of effort to get them to the camp, little by little in our luggage.

The thumps and bangs and, as we sensed, trailer-tremors continued at intervals so it was clear we would lose everything.  What to do?   That’s when it became terrifying.

American oil man Jim and I put on protective gear – the thickest oil-workers’ gloves, hard hats, goggles, tough leggings, and so on.  We were given a thick old wooden door that was lying around.  We held it sideways as a shield in front of us as someone opened the trailer door.  Crouching behind it we edged forwards on our stomachs into that hothouse of explosions, shattering glass and cascading fermentations.

As we said afterwards Jim rarely, and I never, had been so scared – and Jim had certainly been in frightening situations in the oil fields over the years. We were on our stomachs in the trailer, each trying to reach round his side of the old door, blind as to the situation beyond, trying to locate by touch any bottle nearby, to find the neck and then to flip the catches so that the beer could shoot out.  Bottles nearby and further away were disintegrating without warning.  Glass shards were hurtling around and sometimes thudding into the trailer walls, where they remained like darts in a dartboard.  Glass and liquid was whizzing over our makeshift door-barrier.  In that enclosed space the noise was thunderous – difficult to exaggerate, frankly – and we knew that at any time we might find ourselves holding a bottle that could explode that instant. There was no 100% protection – we had to stretch –  so sudden shooting shards could slice into our wrists or arms or necks; and it was very very hot.  The anxious men outside were of course, urging us on!

Little by little, on our stomachs, heads down, we wriggled and inched the door forward through the trailer, moving each successfully-opened bottle back behind us where a thankful soul from outside would quickly collect it. It probably took about half an hour to get to the far end but to Jim and me it was an eternity.  Knowing the danger, hearts thumping, super-hyperventilating, waiting for the next bang, waiting for the flying glass, waiting to be hit, drenched in sweat and recently-fermented beer, and cursing in the most creative way, we managed to save about half of the bottles. It was a disaster and a triumph.

When we finally emerged the other men picked the glass splinters off our gear, asked why we’d taken so long, ho ho, told us we looked and smelled disgusting and needed showers, and invited us to join them for a civilised drink from the fridge later.

No one was blamed for this. The A/Cs had been working earlier in the day when I’d gone about my unlawful duties. The still seemed to have survived but we couldn’t trust the liquid inside so we had to start again; as we did with the brewing and bottle-importing. It was just one of those things, very unfortunate, that could happen at any time in that run-down old camp. Re-stocking vital supplies was now paramount, as it seems to be today.

The drinks went down remarkably well that evening.

[Tomorrow, probably one more from Libya for the time being, to explain why I was there and what my other unlawful duty was, distinct from that of Brewer and Distiller-In-Chief.]