40 days … and a different voice 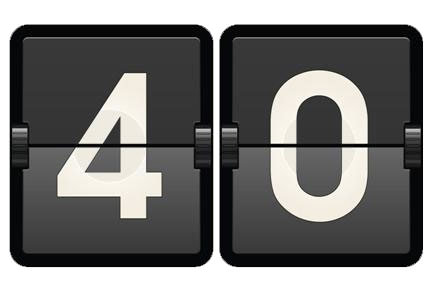 Today is the 40th of these scribblings.  We’ve had 39 days of me rattling the keyboard and 39 days of you struggling through the verbiage, so I thought it would be good to mark the 40th with less of both.  Can I say ‘Hello” in a different way?  Do turn on your speaker and click my face.

And I’d like to introduce Garmt, a young Dutchman whose MND/ALS also started in the bulbar area.  In his 30’s and with a pregnant wife, he had every reason to want to campaign and fight, and he very much did so.

There he is six years ago: just click on his screen.

Garmt worked hard but inevitably it overtook him.  He passed away, in his own way, towards the end of 2017, see here.

Well I’m upbeat in this sense: I won’t let it go as far as Garmt did.  He had so many valid reasons to prolong it throughout his suffering and his final complete paralysis, and I deeply respect him for that; but we are in very different situations.

In positive mood, this sums up how I feel.  Although I never knew him I hope Garmt, finally, would have felt the same.  Lovely words from Laurence Hope:

For this is Wisdom; to love, to live,
To take what Fate, or the Gods, may give.
To ask no question, to make no prayer,
But to kiss the lips and caress the hair.
Speed passion’s ebb as you greet its flow.
To have, – to hold, – and, – in time, – let go!

That’s all for today.  40 days was a sort of biblical target: would the blog sink or swim?  It’s still afloat but I think from now on I’ll go from breast stroke to dog-paddling: shorter entries.  They could be comments on the news, or part of a story told over a few days.  There might be an occasional long one; and perhaps sometimes I’ll miss a day.  It’s a hobby after all, so I’ll continue as long as I enjoy it.  Still some ideas – flotsam, jetsam, and maybe the odd pearl.  Thank you again.