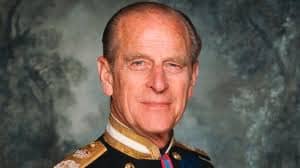 Prince Philip died yesterday.  Whatever one thinks of the British monarchy, or of the concept of constitutional monarchy in general, I hope few would disagree with my view that he has served the nation, and his wife, well.  It’s amazing that peoples around the world still follow the affairs, and affaires, of that family so avidly.  Even recently some two billion watched Harry and Meghan’s wedding.  Media coverage and global public interest never end.  Elizabeth’s whole family is in focus, from great grandparents to great grandchildren.  What other head of state commands so much attention?

I saw the duke in action couple of times, and a third time we had a short chat.  The chat was the most minor interaction, utterly forgettable for him but obviously memorable for me.

The first time I saw him was in 1979 when the Queen and her husband few into Saudi Arabia on Concorde, and a couple of evenings later a number of us raced to a port to wish them well as they sailed away on the Royal Yacht Britannia – which you might have read about, but if not click here.

Then there was Buckingham Palace Garden Party.  In the mid-1990s I had introduced The Duke of Edinburgh’s Award scheme into Tarmac plc, where I was the director of management development. The scheme was to be part of a training programme for our young high-potential managers.  In return a grateful monarch – no, I jest – a grateful scheme director gave me the invitation.  It was the occasion where my clothes disappeared – which you might have read about, but if not click here.  I did have a word or two with Prince Edward, but his father the Duke missed the opportunity to hobnob with me.

The actual chat was in 2010.  I was in the Palace with a private group being shown round The Queen’s Gallery.  It was in the evening and rather quiet.  The guide had described a number of the art works and other artefacts, and we were then at liberty to wander from room to room. At some point I went into a small room alone and found myself studying a set of small copy books by a very young Prince Charles.  “What do you think of them?”, said a voice at my shoulder.  And there he was, next to me.  For the next minute and a half – that’s all – Prince Philip talked about water colouring, his own lack of skill, the talent of two Princes of Wales (Victoria’s son and his) and also of his father Prince Andrew of Greece and Denmark.  And then it was over.  He wandered out to talk to the others who, I found out later, were annoyed that the guide hadn’t told them of the secret door from the Royal Apartments into that small chamber.  Lucky me.

Well, he has departed this life.  An extraordinary man.  I believe we were well served.