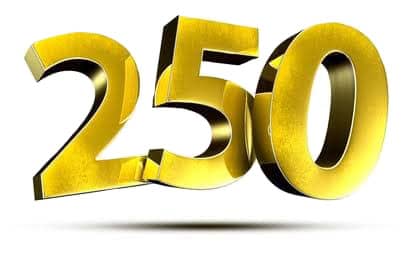 Giving myself a small pat on the back.  This is the 250th blog post.

They’re not so frequent these days, as the illness increases the exhaustion and reduces the capacity to type, now more-or-less one-fingered.  It’s all slow, frustrating and tiring.

Being in reflective mode for much of the time – not so surprising given my current situation – I’ve started marvelling again at how much our British National Health Service has given me.  I’ve just re-read the 8th blog post, “Heroes and more” on April 8 last year, where I paid tribute to the NHS.  The 19 months since then have provided so much more.  This might be tedious to read, but listing it all has been a helpful exercise for me.

I reckon I’m very fortunate in living where I live.  My local doctor, who has made home visits when needed, is five minutes’ walk from the flat.  That’s normal walking speed; I would take 20 minutes now.  The pharmacy is two minutes’ walk, and they’ve brought medicines to the door when needed.  The Westminster Neuro Service team – speech therapist, physiotherapist, occupational therapist, dentist, podiatrist, dietitian – is 15 minutes’ walk.  Then there’s the representative from the local hospice who advises on palliative care if needed. The National Hospital for Neurology and Neurosurgery – my consultant MND specialist doctor, MND specialist nurses, consultant Respiratory specialist doctor – is 20 minutes in a taxi.  We’re all on first name terms and they generally take the initiative to catch up and arrange meetings.

Britain has approved only one for MND/ALS – Riluzole which is supposed to extend life expectancy. The other things I have to take are to help me cope with the awful effects of the disease: Botox injections to reduce saliva; H.. skin patches and G.. liquid for the same purpose; O.. to ease a urinary problem; Z.. and L.. to help me sleep…; L.. to reduce reflux.

It’s now a year since the successful PEG operation after which all nutrition has had to be in liquid form, and that means six 200ml bottles of Ensure per day.  More than 2000 so far, all provided by the NHS.

And last, the equipment.  Gosh! Where do I start?

We pay for the NHS by general, not individual, taxation, so in effect the services are free of charge to those who receive them.

I’ve lived a fairly healthy life. I haven’t needed much until the MND/ALS chose me for its torment.  Nothing can stop it spreading but the NHS has been magnificent in helping me to cope.  I pay tribute again.