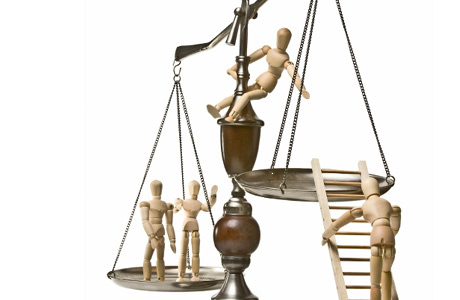 Can I say a few positive things about this illness?  It’s a nasty business as everyone knows, but I’ve been living in the valley of the shadow for a year now, and my perspective might be worth recording.  The salvation, for me, was when I accepted the inevitable just two days after the diagnosis.  The decision to work with it, not against it.  To weigh up the options, to decide the realities, and to ‘keep calm and carry on’.

Forgive me if I spend a bit of time on this.   It’s not to everyone’s taste.  I’ll tread cautiously.

A number of therapists have visited me (masked) recently, or have checked on me by phone, or have arranged video consultations: a nutritionist, a voice therapist, a palliative care specialist (not needed yet), a MND/ALS nurse, a specialist consultant.   All good stuff.  And next week a hospital appointment with a sleep specialist has now become a phone conversation.  There’s a lot of help.

I’ve not been ill many times in my life.  In 72 years the only time I’ve stayed in hospital overnight was for two nights after a double-hernia operation, and that was simply because I couldn’t have managed the 50 steps up to the flat the day after the op.  The next day I could.  The operation was totally successful: somewhere inside me there’s a titanium mesh, and I’ve had not a single twinge of anything these last 16 years.  That’s what doctors, hospitals and therapists are for: they are there to cure you.

MND/ALS is totally different.  The medical culture is different. They’re not there to cure you.  There is no cure.  It’s relentlessly downhill.  The only medication approved by the NHS is thought to extend life expectancy by about 3 months.  Everything else is just palliative in one way or another: ways of coping with the deterioration.

I don’t say that in any melancholy way.  It’s just an observation.  Treatment for so many other medical problems is focused on making things better, to cure.  To be in a medical culture where there is no cure is a very different experience.  All the people who help me are positive, kind, concerned and professional, but they know and I know that week by week they’re tackling a deterioration without end.  There is no hope.  It takes a special sort of attitude to dedicate yourself, as a medic, to inevitable decline and death.  They’re truly wonderful.

Despite the difficulties I’d like to say a few positive things about this illness that has taken control of my body.  Positive?   Well, to my mind it has answered some questions.  They’re not normal questions.  Few people ask them.  Maybe they’re shallow or simply silly, but I’m deeply into the MND/ALS condition now and they seem valid to me.  Here goes.  And answer them for yourselves:

Do you know in what decade of your life you will die?

Do you know what will cause your death?

Do you know how and where you’ll die?

Many people won’t be able to answer any of those.   Some people will have answers to one or two.  A few might be able to answer all of them.  I’m one of the few.   I know that I will die in my 70s, the eighth decade.  I know that the reason for my death will be MND/ALS, though the immediate cause will be the potion supplied by that splendid organisation in Switzerland.  And I know how and where it will happen.  I’ve even met the doctor.  If you haven’t read it, do have a look at the blog entry of 6 April.  It says it all.

Can you believe that this is liberating?   I feel it is.  The facts are known; the decisions are made; the plans are in place.  I haven’t thought of a date yet.  That depends on how I cope without a physical voice, and whether I’m prepared to live with the PEG – the feeding tube in the stomach – for a while.   But I do repeat: the landscape ahead is pretty clear.

The other unusual and, to my mind, beneficial aspect of this very strange illness is that it doesn’t hurt.  I’m in no pain.  That adds a most peculiar dimension.  Most people suffering from other illnesses will be in physical discomfort, fighting pain, being treated, and hoping and praying that they will recover.  And they might well recover.  For me and for those like me it’s the opposite: absolutely no pain.  Discomfort because of the muscle paralysis, yes, but nothing that needs pain-killers or other palliative care.  And from this pain-free life I won’t recover.  It’s odd, saying it like that.

So I’m spending my days reading, doing a little walking, a little shopping, blogging, ordering food, and so on – and soon the pleasure of a haircut at last!  Chatting with neighbours and friends, and eating and drinking are very difficult but still painless.  Except for that it’s a more or less normal life; but inside me there’s a silent invader leading to an unavoidable early end.  Who would have thought it?

I do think about those three questions from time to time, especially when composing these daily blog postings – and this is the 99th, by the way.  That young man who went trekking in Darfur 50 years ago – did he ever wonder about his future, about when, where and how he might end his days?  What about the expat, busy brewing beer and running a still in the middle of the Sahara?  Or the guy heading a training school and managing projects for the Saudi Air Force?  Or the consultant in his office overlooking Piccadilly Circus?  Did they ever give any thought as to how the last chapter might go?  No, why should they?

Well, it’s now here, for me.  The data has been provided.  The questions have been answered.  Unless there’s a miraculous medical breakthrough, the path is clear.  I feel no physical pain and thankfully I feel no emotional pain.  It’s a great pity it chose me but I’m reconciled.  And it is liberating.   I know the answers, and I know it will be a comfortable end.  Not many can say that.

In case anyone’s getting alarmed, no I’m not rushing off to Switzerland!   Summer’s here – hard to believe today, admittedly – and I’d like to enjoy it.  Also there could be new toys to play with: the iPad voice and the tube and syringe.  And there’s this blog.  Hmmm …. we’ll see.

Most important though is the haircut.