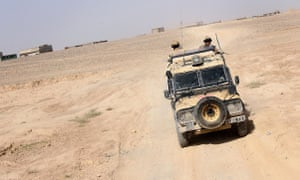 Rolling on (1).  One thing leads to another.  Yesterday’s account of the Juba trip led Caroline, who taught in Kosti Girls’ School the following year, to reflect on our unthinking self-confidence.  She writes: “One thing that really comes across …. is how oblivious we all were to danger/possible catastrophes in our travels. I think we were of the age that we didn’t think anything horrid could happen to us, or how difficult it would have been in those days to communicate we needed help (or the fact that help would have probably arrived too late or never anyway!).  I have also encountered this oblivious to danger/unaware of the possible consequences syndrome attitude in my sons…I do think it is a youthful thing!”.

Yes, that’s true. Our young men and women are still undertaking remarkable adventures in risky places.  It’s the state of youth, when you know you’re immortal and that you’ll always win through.  I don’t think that ever changes but I reckon we’d agree that there is one significant difference between the experiences of fifty years ago and those of today, and it’s to do with technology.  Now, you’re never alone and isolated: smart phones, tablets, laptops, sat nav and GPS, email, Skype, social media – all guarantee permanent communication.  They also enable young travellers to know and assess their immediate situation and the risks, in real time – news, terrain, weather, dangers and so on.  If you asked them to give up all of those bits of hardware and software, to travel with absolutely no technology to remote places, trusting to luck and to the goodwill of local people, unable to summon help if needed, and ignorant of when or if the journey would end well, they might hesitate – and so might their parents!  But what I’m not saying is that we, five decades ago, were braver.  We are all products of our environment.  Today it’s natural to use the technology; in fact it would be unthinkable not to.  What we did fifty years ago was natural then; and by and large our simple trust in ourselves, our simple trust in the situations we found ourselves in, and our simple trust in the goodwill of local people, were justified.  But we didn’t tell our parents!

Rolling on (2).  Caroline also reminded me of an incident in 1971 which is etched vividly in the memories of those who were there.  It lasted only a few seconds but it could have been the high point of a comedy sketch (though it did have a more sombre origin).

For a few months in 1971 my more-or-less solitary (as a westerner) life in Sennar on the Blue Nile was relieved by the arrival of three Czech engineers, sent by their Communist government to help with some project ‘for the comradely peoples of the Sudan’.  We spent some time together: I enjoyed a bit of social life and their cooking, and they, hating the Sudan and ignorant of the area, appreciated my knowledge of places to see and things to do.  One such place was Dinder game reserve, some hours drive south west, bordering on Ethiopia.  I hadn’t been there but there were maps, they had a Land Rover, and we thought we could find our way across the semidesert.  Also others could join us, and did.

Malcolm and Caroline came over from Kosti on the White Nile.  June and Mary came down from Khartoum, picking up Rob on the way.  How they got from Khartoum to Sennar was extremely unusual, to say the least.  Mary was a nurse; June was nanny to the ambassador’s children; and June and I were quite close – don’t ask!  June arranged to hire a Land Rover in Khartoum and drive the 200 miles to Sennar.  How could this happen?!  It seemed impossible: the drive was certainly possible even though most of it was across semi-desert, but for a woman to do that in the Sudan?  Very very unusual.  But they did it, picking up Rob, VSO teacher in Wad Medani, about half way.  Perhaps he drove the second half, I can’t remember.  But we were very impressed.

So we all had an evening together and the next day we set off, nine of us crowded inside and on the back of the two Land Rovers.  One of the Czechs drove theirs and I drove June’s, following the lorry tracks across the sand in the directions indicated by the map and – the height of technology – our compasses.  It was a lovely clear day, blue sky, and we were in high spirits.

Sand that is regularly driven over tends to compact into hard, parallel ridges.  Large trucks aren’t affected so much and can thunder over them but smaller vehicles bounce up and down quite violently unless they slow right down.  We weren’t going to slow down so everyone, including me at the wheel, was clinging on hard as we bounced happily along.  Then it happened.

I felt there was a problem. The car seemed to slow and lurch. There were shouts from the back.  And then in front, a transfixing sight.  In real time it probably lasted less than 10 seconds but our slow-motion recall made it longer.  A wheel was bouncing, as happily as we had been, over the ridges in front of us, rolling and rolling naturally onwards, perfectly poised, until with a small graceful arc it turned on its side and lay down.  It was a back wheel from my car.

Well, let’s cut this short.  The Czechs sorted out the wheel.  We did make it to Dinder in the end.  And we had a terrific time.  Such a pity about the accident.

It wasn’t an accident.  The Czechs found that the wheel bolts had been cut – they had been sawn halfway through.  Whoever had rented the car to June in Khartoum had done it.  The wheel could have come off at any time, but it was huge good luck that it happened when there were so many others around, friends, engineers, and another car.  If it had happened when June and Mary were driving alone it could have been disastrous.  The man – it must have been a man – clearly hated the thought of women driving.

To keep the record straight, that was a rare example of Sudanese resentment.  Caroline again: “A horrid story about the wheel bolts. Very unpleasant and, though the Sudanese (men) were generally unhappy about women taking on the role of men (hiring a land rover for example), I think that sort of behaviour wasn’t typical of the nation as a whole who were, on the whole, very hospitable to foreigners….at least I like to think that was atypical behaviour!”  I agree.  As a man I didn’t find much unpleasantness, and although we knew that western women had to be more careful I got the impression that hostility to the point of endangering men or women was very rare.

So youngsters still roll on, travelling the world, taking risks, happy and confident in themselves.  Who would want it different?  Unless you’re a parent, that is ….

[Tomorrow, something about my illness, I think]