Media over for now? Hope so! 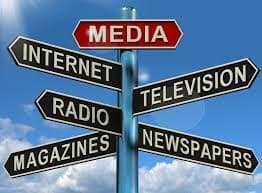 Well, Tuesday 3rd was definitely interesting.  If you haven’t read the blog that day, click the amber.

The BBC included the short version of the interview on its TV London local news.

It also had it on its website as mainline news, and for much of the day and the next it was the BBC’s ‘most viewed video’.

Now it’s preserved in the full version on YouTube.

Then there were radio chat shows.  Morning talk programmes on BBC Radio London included interviews with Paul Murphy-Kasp who produced the video, and Ellie Ball from Dignity in Dying.  It was Ellie who arranged for the Telegraph article and my BBC interview.  For completeness they’ve have also been added to the August 3 blog.

Perhaps you can imagine that the last two days have been rather pressurised, including lots of emails coming in.  I hope it all helped the cause, Baroness Meacher’s Bill, but I’m glad my bit is over for now.  For now?  Well yes.  Something else is brewing but it could be a few weeks away.  If it goes ahead I’ll let you know.

We’ve made a change to the blog features.  Since mid-March there’s been a ‘ZOOM TALK’ tab at the top, showing the 70-minute discussion with a global audience.  That’s now replaced by ‘MEDIA’.  Clicking on it will show that talk, and the Telegraph article, and all the BBC items mentioned above, and anything else that strays beyond our cosy little blog group.

Oh for the quiet life!  By agreeing to do all those things DP has only himself to blame, but his energy bank is definitely running low.  The blog continues, at a gentle pace and well away from the media and these sombre issues.  Despite the weariness maybe it’s time to race round the streets in the Peacemobile again, honking and shooing everyone away.