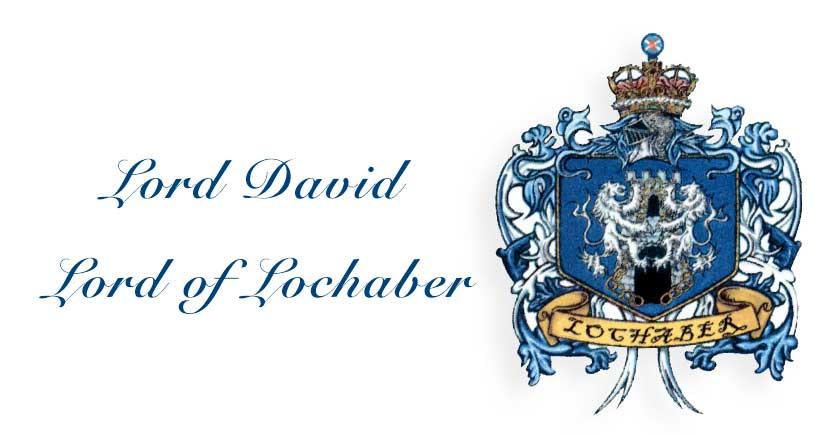 It wasn’t exactly a spoof.  But it wasn’t exactly what it claimed either.  Friend Jane gave me the title as a surprise birthday gift in 2008, together with Deeds of Title, detailed OS maps, the right to use the title, and of course the right to visit my land, part of The Braes of Lochaber and more precisely Lairds Wood, Keil Hill.   Naturally I guard my property fiercely: no trespassers allowed.  There’s a small problem though – how to access Lord David’s estate without trespassing on other estates.

It’s one square foot of land, plot number 31985, surrounded by other plots whose owners may also use the title.  Jane liked a joke.  Actually I think that scheme has now stopped even though the funds were officially dedicated to reforestation and regeneration.  Nobly, so to speak, I’ve never used the title.

Last night, more mulling about the past, and a rummage through the archives.  Unexpectedly there were diaries and events that I’d completely forgotten about.  I’m not a diarist by habit but there they were, detailed accounts of some pretty wild travels in Sri Lanka and throughout Indonesia, enough for half a dozen more blogs.  But no, this will be ending in a few days’ time.  It did set the mind wandering though, so in true anecdotage manner here are some short reminiscences from the diaries and from elsewhere.

Tokyo: the friend of the friend who took us to the nightclub with the Disco of Mirrors (blog 1 July) had earlier wanted to marry his Japanese girlfriend.  Her parents weren’t too enthusiastic: they threatened to commit hara-kiri on the steps of the Registry Office.  It didn’t go ahead.

Saudi Arabia: another friend of the same friend.  The King Fahd Causeway, 15.5 miles / 25 km, opened in 1986, linking the east of Saudi Arabia with Bahrein.  Before that there was a frequent plane service taking just over 30 minutes.  One year Geoff and I boarded it.  Just after take off, an announcement from the cockpit: would Mr L and Mr Peace please come to the flight deck.  So we did.  The pilot was Geoff’s friend.  Generously he shared out his whisky and we all had a tot or two before he landed us in Bahrein.

Yogyakarta:  I was in Java on a solo holiday in the 1980s.  The diaries tell of adventures that I wouldn’t recommend now!  A bit of humour though: there was a large, sumptuous, antique shop called Saptu Hidayo with truly beautiful items, but all outside my price range.  Admiring them, I wandered around, almost alone in the shop.  Someone else was there, an attractive, elegant middle-aged Indonesian lady remarkably similar in appearance to Imelda Marcos of the Philippines – you get the picture – and she was staring at me.  Obviously the owner.  I looked across.  She smiled and nodded.  I smiled and nodded.  She smiled again and then approached.  In a conspiratorial whisper she said, “You are Prince Charles, aren’t you?”.  Here’s a bit of fun, I thought, but I mustn’t lie.  So I put a forefinger to my lips, indicating that we shouldn’t discuss it.  She beamed, squeezed my arm, and said “Your secret is safe with me”.  Then she wanted a photo of the two of us, which we did, but alas she couldn’t supply a copy.   A few days later she arrived at the airport when I was due to leave, for another photo.  This is absolutely true.

Sudan – there are about 200 pyramids in the northern desert, Nubia.  I’d visited them in 1970 but did so again in 2010 with friends Sue and Ann.  This time we didn’t have to drive across the desert: there was a surfaced road to within a few hundred yards, a real luxury.  It’s a mesmerising place, and we were there alone with our driver until someone else arrived.  A man with a bike: a rather tough, energetic Pole.  He was cycling from Krakow to Khartoum.  Great guy.

Beirut: in 1982 a hundred or so BAe-employed Brits and some families were at Dhahran Airport, Saudi Arabia, waiting for our plane back to London, the start of our holidays at the beginning of Ramadan.  Announcement: plane cancelled, passengers would be given seats on other flights, some delayed, some the next day.  Upsetting for everyone. They announced the alternate flights. The one to take off soonest meant changing planes in Beirut, and there were only three or four places.  Beirut was then at the centre of the Lebanese War, a dangerous place to be.  I decided to try it.  We landed in Beirut.  On the tarmac we collected our bags straight from the hold, carried them along the runway avoiding the mortar holes and into the airport building, where the front viewing window panes were cracked, broken or missing.  Waiters in uniform were serving drinks, trays held high in classic mode, food was offered, and all was normal other than the roar of military aircraft and the clearing of newly broken glass.  A couple of hours later we trundled our luggage back along the tarmac, avoiding the holes, handed it to someone for loading, boarded the plane, and flew on to London.  My only visit to Beirut.

Nuwara Eliya, Sri Lanka: the early 1980s, staying at the historic Hill Club up in the Blue Mountains, an area still described as “Little England”. For tourists they allowed casual clothes but they also requested jacket and tie for dinner if possible.  I had both, so I was getting ready in the early evening.  It was a hot summer, hot day and night and, dressed as I was, I was very much hoping they’d have the fans working down in the dining room.   A knock on the door. Maid service.  In she came carrying something ceramic and metal.  What was this?  A hot water bottle; and it was hot.  “Why?”, I asked, “ It’s mid-summer.  I don’t need it”.  She closed the door and pointed to a framed, faded notice on the inside dated in the 1930s.  It stated that at 7pm each evening a maid would place a hot water bottle in the guest’s bed.  And so they did. Those were the rules; and the rules were continued, every day of the year, 50 years on.

Ubud, Bali: actually at Denpasar Airport, leaving the island for Australia.  In a queue to check luggage into the hold.  Woman behind me tapped me on the shoulder to ask if she could add some of her heavy luggage to my lighter load.  Of course.  The officials said no – against the rules.  We argued and charmed, and they relented.  Ishmaela and I then had a snack and a chat.  She was from Chester, UK.  She lived in Ubud.  She had trained 150 Ubud villagers – half the village population, she said – to make glass beads.  She was on her way to sell them in her outlets in Australia. It  was a successful enterprise.  She employed half the village.  Quite a woman.

David’s anecdotage is now a little weary.  Time for something liquid and fizzy.