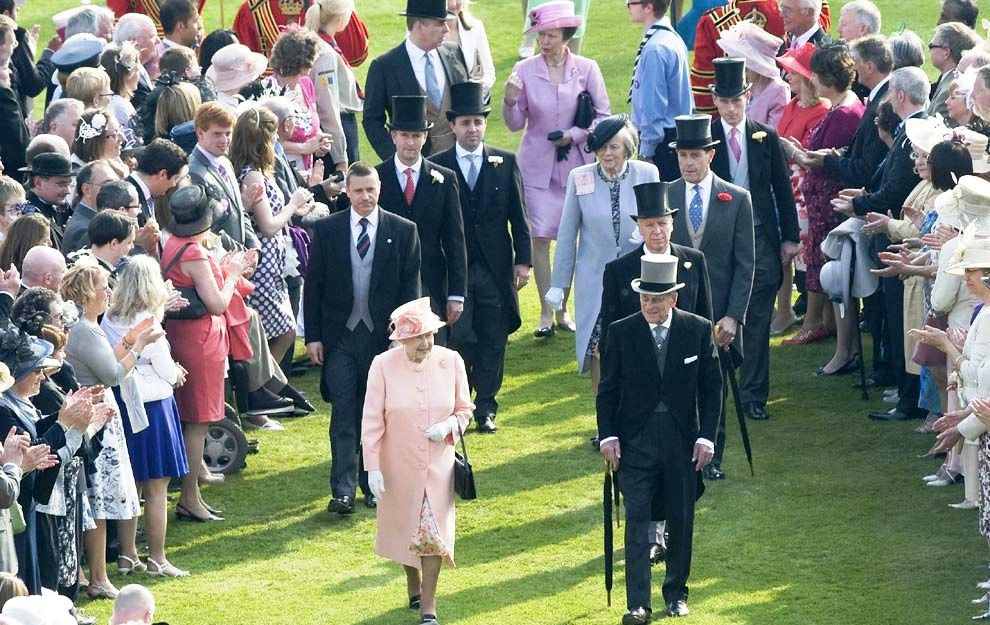 Does anyone remember the Hamlet adverts?  In Britain, in the days when tobacco promotion was acceptable, a series of TV commercials showed humorous mishaps, each ending with the man (always a man of course) finally relaxing, smiling, and calming down with a small Hamlet cigar, to the accompaniment of the ‘Air on a G String’.  They’re still on YouTube.

Real life has those moments too.  A recent news item concerning the cancellation of a Royal event brought to mind one that happened to me about 25 years ago.

Tarmac plc’s head offices were in the Midlands – Hilton Hall near Wolverhampton – but the company also had a rather nice place in Mayfair, in Park Street, parallel to Park Lane in London.  It was a large Georgian terraced house with meeting rooms, lounges, bedrooms, a staircase, and a central lift, the old type of metal cage that you could see through as you went up and down from floor to floor, with grille doors that you pulled across.  The house had a nice old-world feeling, and Annabel –  the demanding, ultra-efficient, heart-of-gold Annabel – managed it with a couple of other women.

I’d booked a room there one summer’s night.  Friend Bethany would join me there the next afternoon and, invitations in hand, we’d stroll down Park Lane and across to Her Majesty’s Garden Party in the gardens of Buckingham Palace.  The weather was forecast to be fine.  Everything was looking very good.

Full of confidence, I’d travelled down wearing my new cream linen suit – pretty damn smart, I thought – and carrying a small overnight bag.   Arrived at the house.  Greeted by Annabel.  Shown to my room on the third floor.  Annabel asked where the other luggage was.  I had none, I said. I’d be going to the Garden Party in the suit.  “Oh no you’re not!”, she said.  “David, you’re not wearing that suit tomorrow!”  What’s wrong? I asked.  “Have you seen the creases?  You’re not wearing that suit!”  I’ll iron it, I said.  No, she replied.  Stay in your room: take off the suit; send it down in the lift; I’ll get it dry-cleaned; you’ll have it back in the morning; I know the right company; they’re completely reliable; it will be done.

Only the bravest argued with Annabel.  I wasn’t one of them.  She organised it.  Suit went down in the lift.  Food and wine came up in the lift.  I spent the evening in the bedroom in my underclothes.  Slept not badly but a little anxious, I remember – how often does one find oneself in Central London with no clothes, and invited to meet Her Majesty and The Family?   Anyway, next morning I sat around still in underclothes waiting for the suit to arrive.  Bethany would be arriving at around 2pm; we’d have a chat; probably go for a pre-Garden Party drink somewhere; and then be at the Palace’s garden gates for 3pm.

No suit by 11.00.  No suit by mid-day.  Annabel continually assuring me it would be with me soon, but it seemed to me that she was phoning the dry-cleaners rather too often for comfort.  Warm day, and David was beginning to sweat for other reasons.  Finally, just before 1pm, she said the suit had arrived.  Huge relief.  If this had been a Hamlet commercial I’d have put the ‘Air’ on the gramophone, sunk into an armchair, lit up, and puffed happily away.

It wasn’t the end though.  Down on the ground floor the suit was hung in the lift.  The doors were closed.  The buttons were pressed.  Up it came.  And it stopped.  Between floors.  It had jammed.

The lift containing my precious suit had broken down half-way between the floors.  Bethany’s arrival was imminent.  Well-dressed hordes were gathering in Central London.  Thousands of cucumber sandwiches were being laid out.  The Royal Family was eagerly awaiting David’s and Bethany’s entrance.  And David was in socks and underpants.

From Annabel, “Oh no! Not again!”.  What?!!  “Not  again?!!”, I shouted.  “What do you mean,’Not again’?!!”.  Yes, it wasn’t the first time.  It happened often.  Were we amused?  We were not.  The sweat was now pouring.  Annabel was on the phone.  An eternity passed – probably 15 minutes.  Finally an engineer arrived.  Much clanging and banging and shaking of metal cage.  Some cursing.  Minutes ticking by.  Then silence.  Some whirring.  And up came the lift.

It had been a damn close-run thing.  A Hamlet cigar would have gone down well.  Or preferably, dare I say, a Corona.