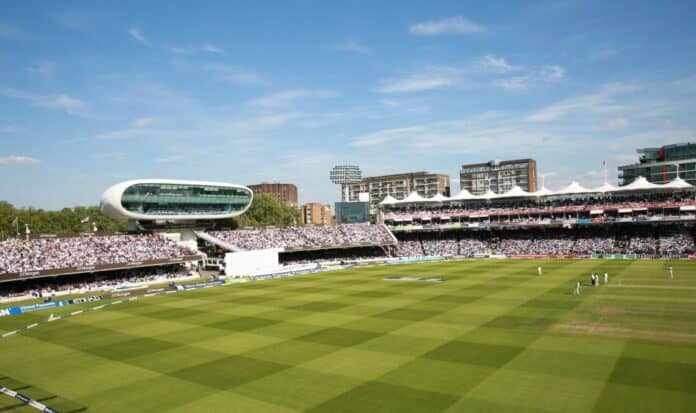 It’s the ‘Home of Cricket’ and it’s home to the world’s oldest sporting museum.  Lord’s Cricket Ground, about a mile from where I live.  I’m not a great cricket fanatic but I know the ground well, and in the next few days there might well be a story here, something a little unusual.  If anyone thinks they know what it will be, don’t tell!

Yesterday was rather cold, about 3 degrees above zero, but we made it.  The system worked extremely well.  What am I talking about?

Four days ago a text message (sms) arrived from my local doctor’s surgery inviting me to have the second Covid vaccination.  With the press of a few buttons on the phone it was done: 12.20 on the 5th.

So off we went again, five weeks after the first, and this time from my flat.  Lost count of how many layers I was wearing but let’s just say that the wheelchair was a tight fit.  Also, can I boast that I walked for about half of it?  Doesn’t sound much, does it?  Regrettably it was a struggle, but that’s just how things are these days.

And again, really nice people ushering us in. This time they’d decided it was too cold to do it outside, so in we went, up in a lift.  No waiting.  Straight to the man with the needle.  Presentation of credentials – the card they’d given me at the first jab – and it was done.

In truth I thought he’d botched it.  It took less than two seconds.  Almost no feeling, and no need for a plaster.  But it was done.

What can I say? The system and the performance worked perfectly.  Booking automated; everything ready; no queue; positive people (he said that three weeks from now I’ll be Covid-proof); and speedy in/out.  Congratulations again to the NHS.

This time, no escapades to the south coast, or the bicycle race, or the stars.  They quite exhausted me.