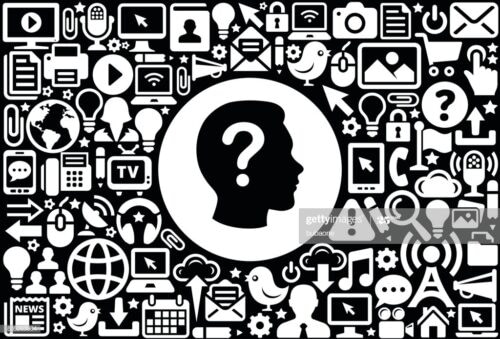 A friend, reading about my Buckingham Palace client in the blog two days ago, reminded me of something that I’d almost forgotten; and it set me thinking about some “What if?” moments.

Royalty!  In the early years of the millennium my contact inside the Royal Household had been tasked with modernising and updating the systems and responsibilities there, and her work naturally included assessments of those already employed. The result was that some were ’released’, and a benevolent

monarchy funded services such as mine to help them move on.  She and I met from time to time; she had my CV and knew my skill set and history; she shared with me her own difficulties in the sensitive work she was undertaking; and we both shared stories and anecdotes from her background and mine.  It was a good relationship, formal and informal, based on trust.  Trust was particularly important for her: if the media had picked up a story about ‘royal redundancies’ who knew what harm it might do?

One day she asked me how long I intended to continue as a freelance consultant.  I was about 55 years old and as I mentioned a couple of days ago I’d never had a definite career plan; keeping options open was always my way.  So that was my reply: no firm plans.  She then asked me if I would be interested in the position of Private Secretary to Prince Edward, in fact to both of them, the Earl and Countess of Wessex.

Well, what does one think about that?  An honour?  A pleasure?  A nightmare?  Prestige?  End of freedom?  Shackled to protocols?  On call all hours?  Great events, places and travel?  Limited home life?  The chance of a lifetime?  Naturally I asked for time to consider it.  And naturally I was not the only person that she had in mind.  Three days later I said no.  It had been worth thinking about but I decided that the loss of independence outweighed the fascination of deep involvement in managing the affairs of Their Royal Highnesses.  It was the right decision and I have no regrets, but I can’t help thinking, “I wonder what might have happened …”.

Broadcasting!  Then there was the Pacific flight.  It was the mid-1980’s and I was en route to Fiji.  Plenty of space in the plane, no one sitting in the middle seat, so the British man in the window seat started chatting; and we shared a bottle of something.  After a while he said that I had a good speaking voice.  Odd, I thought.  A little later he commented on it again and passed me

his business card, suggesting that I call him when I was back in London.  He worked for the BBC; he wanted to give me voice and camera tests to assess me as a radio or TV announcer.  Now that was an attractive idea.  I was doing one of the round-the-world trips in Ramadan (blog 1 June), so I would be in UK before returning to Saudi Arabia.  Did I contact him?  No.  Why not?  I’ve no real idea.  I was in my late 30’s; I’d been in Saudi Arabia for almost ten years; and a radical change to broadcasting could have been a perfect move.  Perhaps the Saudi work was preoccupying me.  But Broadcasting House would have been rather more exciting!   Anyway, no contact.  Do I regret that?  Yes.  Do I occasionally think, “I wonder …”?  Definitely Yes.

University!  Just over five years ago a junior academic suggested to me that I might like to apply for a significant position in part of a university.  The role was not predominantly academic: academics and non-academics could take on such a position because it was primarily a matter of representing and managing an organisation.  I considered that there was no chance and so I dismissed the idea.  Two weeks

later another academic, more senior, asked me to consider it.  This was strange: I was relatively well-known in that part of the university but my role was very different from that of the imminent vacancy.  I asked why someone like me could be useful. The answer was that the organisation needed someone for three or four years to manage certain changes, and I was considered to be a good manager.  What was going on?  Did each of them know that the other had approached me?  Was this the sign of a larger group nudging me to apply?  If so, that would be flattering but it still seemed to me unlikely that I would be successful.  I told the second person that I might consider it if he could indicate to me that I would have the support of x percentage of his colleagues.  Of course he could not, and I knew he could not.  I didn’t apply, and I have no regrets: no “I wonder…”

America!  The scene, Kansas.  Date, mid-1990s.  My role, Director of Management Development, Tarmac plc, the construction, civil engineering, minerals and aggregates conglomerate.  I was visiting one of the company’s businesses where the local President was having problems with staff performance.  I suggested jokingly that he should adopt my approach: ten years earlier in Saudi Arabia I’d put a few hundred people in prison without trial  – true, and I’ll tell that story in due course, but don’t jump to conclusions!  He was impressed, humorously, but then sent a serious message to UK HQ that he wanted David Peace to be transferred to his company.  To me that was actually quite an attractive prospect: I’d never lived in the US and I felt it might be worth trying.  On balance though I thought not; and Tarmac HQ thought not also.

And finally Sweden!  During the consultancy years I was asked to give a talk to a conference in Stockholm.  It was the worst of all timings: 9.am on the final day, after they’d had a big party the night before.  It went well though, and in the socialising afterwards it was suggested that I might like to ‘talk seriously’ to the organisation about a new role that could be operated from both London and Stockholm.  I wasn’t in the market for a new position so I didn’t seriously consider it, but in retrospect that could have been really enjoyable.  They were very nice people, helping the unemployed, and clearly had high standards.  Ah well. No regrets, but … who knows how it might have been?

Well, we all know what we actually did do.  On the whole I don’t regret my decisions.  It’s been a varied, stimulating, and generally enjoyable life.  Wish I’d tried the BBC though.