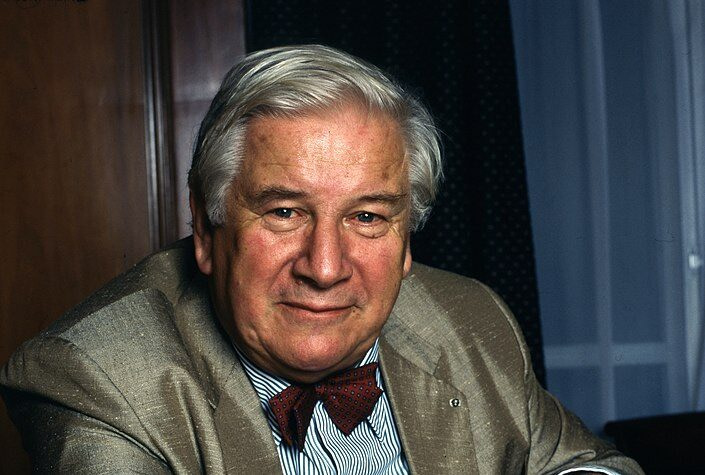 Who remembers Peter Ustinov, that great actor, wit, and raconteur.  And film producer and writer.  And academic and diplomat.  And born with the splendid name Peter Alexander Freiherr von Ustinov.  Do read his Wikipedia entry.  Quite fascinating.  Thinking of him the other day, I remembered something that he’d said, which in turn reminded me of something that I did in 1986.

I was 39 and I’d been in Africa and the Gulf more or less since graduation.  My father was ill and I was thinking of coming back to Britain.  But to do what?  With a degree in Classics (Latin, Greek, Ancient History) followed by 18 years of official and some other rather dubious activities in the Sudan, Libya and Saudi Arabia there was no obvious route back into employment at home.  On leave that year I booked a session with career analysts in London.

They gave me documents to complete.  Psychometric instruments they were called.  Questionnaires about how I would tackle various situations, and which choices I’d make in other situations.  Interests, Values, Aptitudes, Personality.  So I completed them as best I could, and a few days later they gave me their report.

This could take a VERY long time to explain, describing the terminology, clarifying the definitions, explaining the nuances and caveats.  Won’t do that.  Here are the very very crude headlines.  In 1986, according to the analysts, DP’s responses showed he was:

High in persuasiveness, verbal and numerical reasoning, working in detail, computational skills, religion, logic, and imagination.  Average in literacy, practicality and intellect.  Low in artistic skills, altruism and aesthetics.  More reserved than most, taking a detached view of problems.  And no, I DON’T need your comments on any of that, thank you!

Such a person, they concluded, wasn’t cut out to be an entrepreneur.  Well that was a relief!  Better to “aim for management roles in professional institutions, academic establishments, the public services and charitable or similar organisations”.  They suggested chartered administration, personnel management, accountancy, the law, and a few other fields.

Oh No!  After so many adventurous years abroad that all sounded dull.

What happened?  I did return to Britain the next year and did an MBA, a Masters in Business Administration. Then, as I looked around, still unsure what to do next, pure luck stepped in: a chance conversation with a neighbour on the stairs leading to the start of 30 years in defence, civil engineering, law, management performance, career support, and university social organisations.  It’s in last year’s 31 May blog entry Serendipity. Might be worth a click.

The analyst’s report?  The key word is ‘some’.  35 years on I recognise some of it, and in some ways some of the years that followed years did reflect some of its suggestions.  But there was much else.

So what’s this to do with that master performer Peter Ustinov – again actor, wit, raconteur, film producer, writer, academic and diplomat?  He told of the time he completed similar questionnaires for career guidance.  They recommended that he become an airline steward.