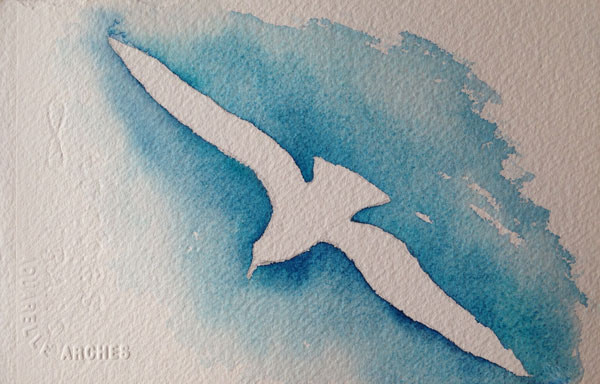 Friends, the blog entry for 20 September included the Invictus poem, already known by many and now, I hope, appreciated by others too.  Its sentiments reflect the romantic spirit of the mid 1870’s, and I love the piece. Given my own situation I considered adding some personal comments, especially regarding the last two lines:

I am the master of my fate:

I am the captain of my soul.

It’s not difficult to claim those lines as one’s own: they’re proud, lofty, inspiring, noble, courageous, and above all they claim dominance – ultimate victory over the shadows of this life.

I didn’t comment however because in a way I felt the verses were testing me.  Had I absorbed them as my own?  Did I feel they applied to me?  If so, how?  If not, why not?  Or are they just pieces of over-emotional Victorian sentimentality?  For sure, the young William Henley had every reason to feel strong and commanding after enduring the operations to save his right leg after his left had been amputated, and so I yield to no one in admiration for his strength and suffering and final triumph.  But what about DP?  The operation I’ll be facing on the 13th and the inexorable downward progression through my body of the MND/ALS enemy, seem to me to be of a different nature to Henley’s challenges.

I think this is the key difference: the vast majority of people who are ill, including prospective amputees, want the medics to cure them, or stabilise them, or avert the worst. The medics want the same and strive to do so, in most cases in a spirit of determined optimism.  In terms of a medical culture there is almost always hope and, as medical research and resources improve decade by decade, more and more ailments can be prevented, treated, contained or cured.  To see and to contribute to the recovery of ill humans must be a huge motivator to doctors, nurses, and all who work in the health services round the world.

But I and others have motor neurone disease.  It was in the blog of 8 July (MND/ALS … Weighing it up …) that I wrote this: “MND/ALS is totally different.  The medical culture is different. They’re not there to cure you.  There is no cure.  It’s relentlessly downhill.  The only medication approved by the NHS is thought to extend life expectancy by about 3 months.  Everything else is just palliative in one way or another: ways of coping with the deterioration.”

In my experience the spirit of the medics in the MND/ALS world is also very positive, but in this other sense: their job is to advise simply how to reduce the suffering from each downward step, each increase in muscle atrophy and paralysis: tubes into the body here, tubes into the body there, machinery to enable movement and so on.  Their world is not one of cure. Those downward steps and the relentless progression of the illness are ‘givens’.  No research to date has provided anything that could change the culture and inspire treatment and recovery.

That doesn’t disturb me.  Readers will know that months ago I wrote that I’m reconciled to all of this and that I am taking my own steps to keep some sort of control.  Which leads me neatly back to the verses:

I am the master of my fate.  There must be many ways of interpreting this but I see it, superficially perhaps, as referring to external factors.  Henley and his medics could strive for success, recovery, cures.  That doesn’t apply to MND/ALS.  Neither I nor anyone else at the moment can offer mastery over it.  The illness is the Master.

I am the captain of my soul.  Yes, I feel this is could be me.  No heroics – no heroics, believe me! – just a calm acceptance that the inner spirit will not kneel in submission.  What has happened has happened.  Thus far I’ve been able, comfortably, to command and control the depths of spirit, and I’ve every intention of continuing.  I’ve got the disease and it won’t go away, so to quote again from Invictus (and I hope this doesn’t sound pretentious): my head is bloody, but unbowed.

A small extra, to readers who know my longer term plan.  When that time comes I might well claim the other verse for myself also, as the ultimate master of my fate.

And a final comment: today’s blog isn’t in any way an expression of depression or fear or trauma.  Morale here is pretty good.  I feel no physical and not much emotional pain. There are many difficulties each day, mostly concerned with the voice, eating, drinking and so on, and I’ll be glad when the imminent operation is over and proves to be successful (with no more antics from me!) but by and large life remains pretty good.  So, onwards!  And thank you!