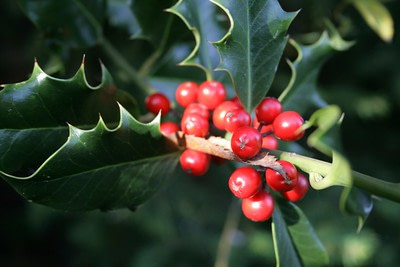 Other than the pandemic the big news at the moment continues to be the riots and demonstrations in country after country following the death of George Floyd in the US.  I’d thought of describing some very unpleasant things I’d seen in Africa and the Gulf but decided that there’s enough bad news going around.  Time for something different.

So the theme is Christmas!  It’s Christmas for no special reason, but friends suggested a while ago that some of my Yules might have been unusual.  I guess some were, so here’s a brief account.

Khartoum, Sudan 1969.  We volunteer teachers had arrived in the Sudan in July, and then to our various schools in that vast country for our first term of teaching.  In early December seven of us gathered in Sennar, my township, and took the train to the east, to the Red Sea coast

for another adventure – the Hadendoa (google it), Port Sudan, Suakin.  Then back westwards to the pyramids in the desert north of Khartoum – another story.  And finally by bus to Khartoum just before Christmas.  What do I remember, and what do my photographs and letters home tell?  The Sudan Club – the club for the British on the banks of the Nile – classical buildings, restaurants, snooker, raised swimming pool surrounded by classical columns,

gardens, squash courts, staff in white jellabiyas and purple cummerbunds delivering drinks, food, sandwiches to all areas, even to the pool in the middle of the gardens.  My first night I ordered steak, two eggs and chips; ate it; then ordered it again and ate it again.  The city: warm, Christmas lights, banners wishing us ‘Merry Christmas’; Sudanese wishing us Merry Christmas; Midnight Mass in the Anglican Cathedral where friend Malcolm and I sang in the choir;  the Greek Orthodox church; the Roman Catholic cathedral; friendship and

goodwill everywhere.  Let me stress that this account is not made through rose-coloured glasses: the memory is acute and the details were written at that time.   Not surprisingly though, much has changed since then.  The Anglican Cathedral for example is now a museum – rather a good one in fact – dedicated to the history of the Sudan; and I doubt that Christmas is so visible.  Christianity is certainly allowed and practiced though: when three of us returned to the Sudan in 2010 we were unexpectedly taken by our Muslim driver to a Catholic service in Kosti on the White Nile.

Tripoli, Libya 1975.  As it happened my schedule of 42 days in the desert followed by 21 days leave kept me in Libya at Christmas only once, in 1975.  The oil company allowed those in the field to have three days off work, with skeleton staff to maintain the rigs, and I think most would have simply stayed in camp and feasted on extra T-bone steaks.   Mine was different.  I knew that Peter the former German SS man lived in Tripoli but I hadn’t realised that Jim did too; and Jim invited me to spend a couple of days there with him and his wife.  So I did.

Jim and his wife, both in their 50s, were Sioux Indians.  He said he’d become an oil worker in his 20s to escape the grim culture of his community, which he described as decadent.  In truth he was bitter that the reservations and the old culture had suffered so much from ‘white commercial interests’.  Once they were married they’d taken a hard decision: to get out and not to go back.  There was little in America to attract them, so wherever he worked overseas she had joined him and they’d made each place their home.  They’d lived in Tripoli for five years.  I can’t say that it was an outstanding Christmas.  There were no ceremonies or public signs of the festivity in Tripoli (Ghaddafi’s Tripoli of course).  Jim and his wife were very kind and the food was good, but there was a lot of silence; and not much wine.  I did miss the ‘booze trailer’ (blog 11 April).  Nevertheless I was grateful for their hospitality and generosity, and it did lead on to more interesting conversations when we were back in the desert.  To my knowledge I’ve not met another American Indian since then.

Dhahran, Saudi Arabia, 1976 -1987.  I’m not sure how to describe this because each Christmas was different, or possibly all were very similar.  The menu of activities was wide, and some featured in earlier blogs.  We lived in compounds.  Once inside, having walked or driven in past the Saudi guards, extra freedoms were possible: squash, tennis, swimming, alcohol, western food, freer socialising and so on.  There was the illegal underground church in one large compound.  Carol-singing groups would go around that compound but warbling only inside the houses.  The companies generally provided Christmas Dinner for those on bachelor status, and where there were families some bachelors would often be invited to their houses for home-cooked meals.  Festivities?  Of course parties and barbecues if the weather was kind.  Throughout the year the expats in my BAe compound and other larger ones organised all sorts of activities including theatre productions and concerts, so the days around 25 December featured those, ‘themed’.  And Half Moon Bay allowed windsurfing or just lazing around.  It was at this time though that we had to take extra care: socialising, the demon drink, and the illegal religion.  Abundant quantities of alcohol were consumed; people travelled to be with close friends and to attend and participate in the music, the dramatics, and anything Christian if they were so inclined.  As for the law, it allowed a maximum of zero percentage of alcohol in the blood; men and women were forbidden to sit together; and although a ‘blind eye’ approach was often adopted, if there was any public sign of Christianity being practised there could be serious trouble.  Best to stay in your own compound if you could, but there were many temptations to travel to other compounds and many of us did so.

I feel I’ve not done justice to Christmases in Saudi Arabia. They were very enjoyable but distinguishing one from another hasn’t been easy.  Perhaps David’s own alcohol consumption has clouded his memory – could well be – in which case friends from those days who might be reading this can add details.

So, three rather short accounts of Yules in rather unusual paces, Khartoum, Tripoli and Dhahran, over almost twenty years.  To be away from family – in my case, parents – was always painful.  I was and still am very grateful to everyone who made those days so special.